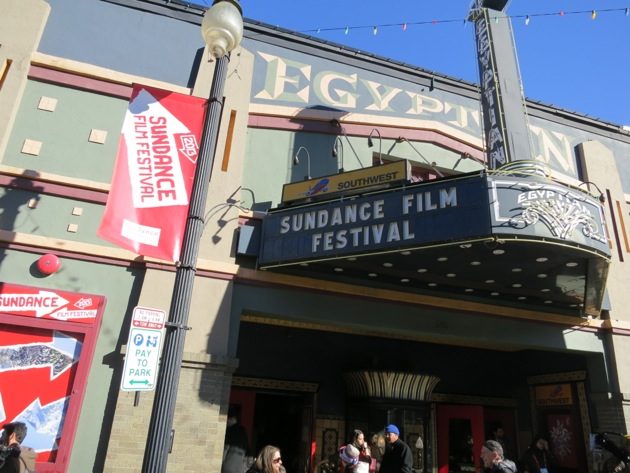 The Sundance Film Festival is passing its midpoint, but there are more world premieres of some of the films that will grace the Specialty Big Screen this year. Beginning last week Movieline posted details about this year's U.S. and World Competition and NEXT films and filmmakers in their own words. In today's round Jehane Noujaim (The Square), co-directors Joe Brewster, Michèle Stephenson (American Promise), Yen Tan (Pit Stop), Kalyanee Mam (A River Changes Course), Chad Hartigan (This Is Martin Bonner) and Marc Silver (Who Is Dayani Cristal) preview their films.

Synopsis:
In February 2011, Egyptians - particularly young ones - showed the world the way people demanding change can drive an entire nation to transformation. The result was a profound movement toward democracy that is still evolving across the Arab world.

The Square, a new film by Jehane Noujaim (Control Room; Rafea: Solar Mama), looks at the hard realities faced day-to-day by people working to build Egypt’s new democracy. Catapulting us into the action spread across 2011 and 2012, the film provides a kaleidoscopic, visceral experience of the struggle. Cairo’s Tahrir Square is the heart and soul of the film, which follows several young activists. Armed with values, determination, music, humor, an abundance of social media, and sheer obstinacy, they know that the thorny path to democracy only began with Hosni Mubarek’s fall. The life-and-death struggle between the people and the power of the state is still playing out. [Courtesy of Sundance Film Festival]

The Square quick pitch
The Square is an intimate observational documentary that tells an immersive story of the ongoing struggle of the Egyptian Revolution.  Beginning in the tents of Tahrir in the days leading up to the fall of Mubarak, we follow our characters on their life-changing journey through the euphoria of victory into the uncertainties and dangers of the current 'transitional period' under military rule, where everything they fought for is now under threat. While much of the world thought that the Egyptian Revolution had been won, our characters had only just begun their battle.

…and why it's worth seeing at Sundance and beyond:
Our film catapults you into the front lines of the Egyptian revolution, providing a kaleidoscopic, visceral experience of their struggle. Cairo’s Tahrir Square is the heart and soul of the film, which follows several young activists. They know that the thorny path to democracy only began with Hosni Mubarek’s fall. The life-and-death struggle between the people and the power of the state is still playing out on the ground, and our crew is bringing the story straight to Park City.

Arrest, being shot and immersion:
The entire team was immersed in the events on the ground, many times getting tangled up in the action. For example, I got arrested by military soldiers while I was on the frontline of clashes between the military and protesters. I was detained and eventually freed by one of my characters coincidentally, lawyer Ragia Omran.

Our producer Karim Amer got arrested taking sound while walking near the square with our character Ahmed Hassan and my very talented cinematographer Mohammed Hamdy got shot in the back and in the head with a pellet while filming a battle between security forces and protesters in Tahrir. He got stitched up in a nearby hospital and went straight back to Tahrir to continue filming.
--