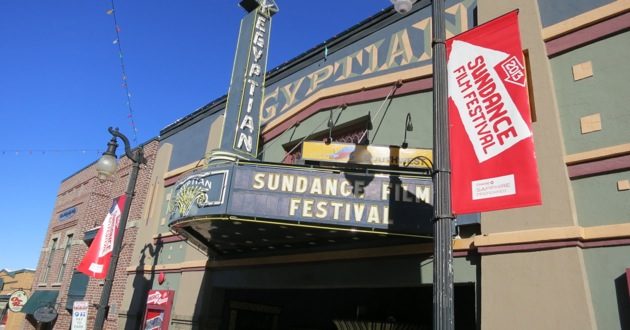 The Sundance Film Festival heads into the week with more world premieres and a peek at many of the films that will grace the Specialty Big Screen this year. Beginning last week, Movieline posted details about this year's U.S. and World Competition films and filmmakers in their own words. In this round, Richard Rowley (Dirty Wars), Dylan Mohan Gray (Fire in the Blood), Roger Ross Williams (God Loves Uganda), Hannah Fidell (A Teacher) and Shaul Schwarz (Narco Cultura) preview their films.

[Related: WATCH: Get To Know 5 Sundance Film Festival Filmmakers (And Their Films)]

Synopsis:
It’s the dirty little secret of the War on Terror: all bets are off, and almost anything goes. We have fundamentally changed the rules of the game and the rules of engagement. Prior to 9/11, it was customary for America to sound a formal declaration of war on a given country before attacking. Today drone strikes, night raids, and U.S. government–condoned torture occur in hidden corners across the globe, generating unprecedented civilian casualties. Investigative reporter Jeremy Scahill traces the rise of the Joint Special Operations Command (JSOC), the most secret and elite fighting force in U.S. history, exposing covert operations carried out by men who do not exist on paper and will never appear before Congress. No target is off-limits for the JSOC “kill list,” even if the person is a U.S. citizen. [Courtesy of Sundance Film Festival]

Dirty Wars quick pitch:
Part action film and part detective story, Dirty Wars is a gripping journey into one of the most important and underreported stories of our time. We follow investigative journalist Jeremy Scahill, who is pulled into an unexpected journey as he chases down the hidden truth behind America’s expanding covert wars.

…and why it's worth checking out at Sundance and beyond:
Dirty Wars takes on the issues everyone’s talking about right now. With Zero Dark Thirty, Argo, drones, Benghazi, and the nomination of John Brennan — America’s covert wars are back in the headlines.

Dirty Wars reveals how these wars have been hidden in plain sight all along and offers a behind-the-scenes look at a high-stakes investigation into the operations, and even the same people, fictionalized by Hollywood and discussed on Capitol Hill.

Dirty Wars is not “based on actual events” — it is actual events.
The focus has been on one raid by Special Forces that killed one man, Osama bin Laden. That same year, there were thousands of raids and we’re ten years into wars not just in Afghanistan and Iraq, but also in Somalia, with new fronts in Yemen and elsewhere. That’s the story of Dirty Wars and it couldn’t be more timely and urgent for Sundance and other audiences.

How it all came together:
The film that will premiere at Sundance looks and feels nothing like the film we set out to shoot. During our three years in production, we hit major roadblocks just trying to confirm basic information about the Joint Special Operations Command, a secret, elite force reporting directly to the White House. Few in government would go on record. Talking heads? That was out of the question. We had to find another way in to the story. So we went far afield and to new sources. As a result, the final film is more compelling, and surprising.

When I realized that there were two dramatic arcs — one of America’s expanding covert wars, and another the personal story of the reporter, Jeremy Scahill — I knew I’d have to convince Jeremy to be in front of the camera. It made him uncomfortable. But he was the right choice to guide us through a complex story. By the end, in our editorial meetings, even Jeremy started to refer to himself in the third person.

Mogadishu was by far the most dangerous place I’ve ever been, though I’ve reported from war zones for many  years. We didn’t want drive-by journalism: in and out in a few days, talking to government officials in hotel lobbies. But getting to the war's front lines, without drawing too much attention to ourselves, proved complicated. Our Somali country coordinator made it possible. Meanwhile, our producers took out kidnapping, dismemberment, and ransom insurance. Estimating the cost of my arm before we set out – well, that was something new.
--