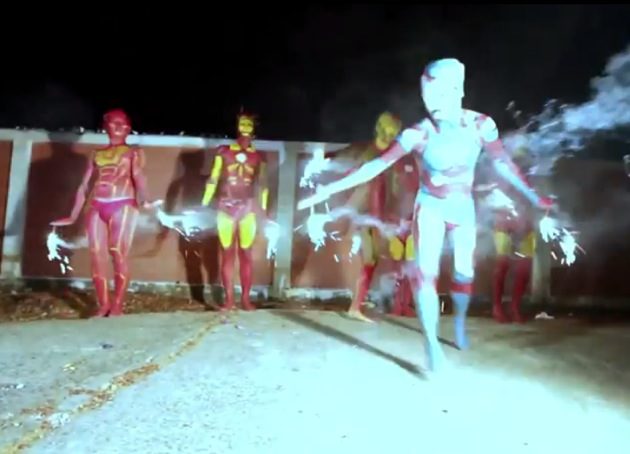 From Thailand, by way of the website Kotaku, comes this Sweded shot-for-shot remake of the Iron Man 3 trailer that , frankly would have made Michel Gondry's Be Kind Rewind a better movie. My favorite scenes are the one in which the Tony Stark stand-in gets a toilet plunger for an oxygen mask in the operating room,  the falling Air Force One flight attendants and the shots of Stark's iron army assembling in the night sky.I laugh every time the blue Iron Man hovers then makes a beeline for the camera.

Check it out below: