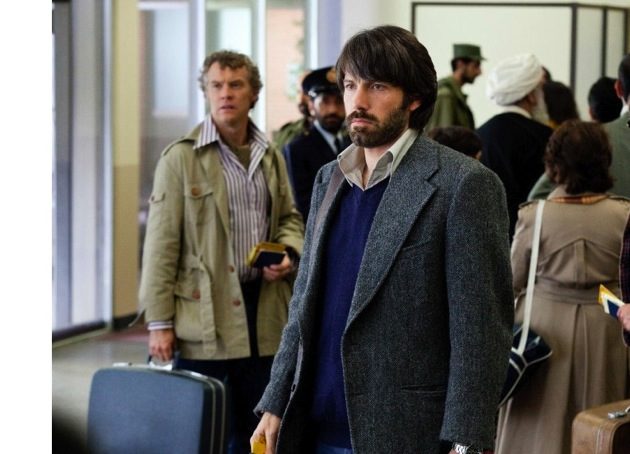 The big winner when the Oscar nominations were announced Thursday might have been not the nominees themselves, but venerable Oscar-winning screenwriter William Goldman, who once famously proclaimed about Hollywood, “Nobody knows anything.” Not even the canniest Oscar pundit or deeply embedded Hollywood insider could have predicted that three of the Director’s Guild of America nominees—two of them perceived front-runners—would not get an Oscar nomination. 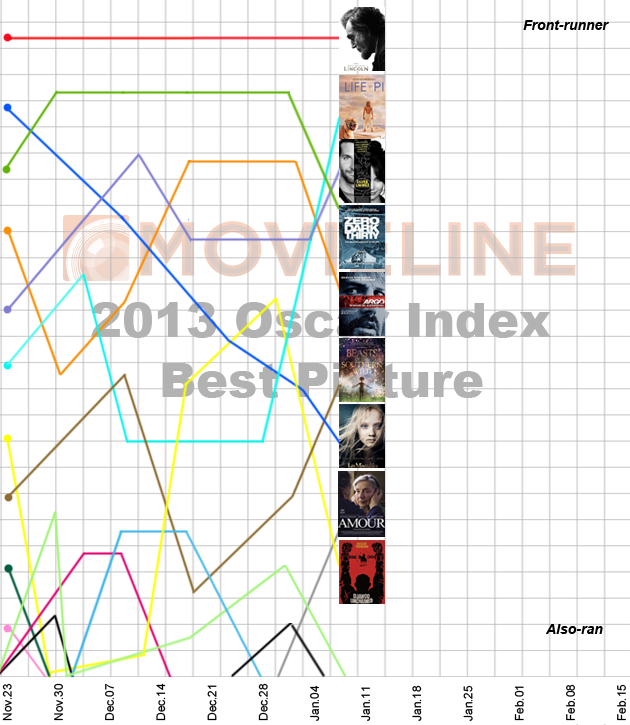 The major talking point raised again and again during the various nomination morning post-mortems was that the last film to win Best Picture without an accompanying Best Director nomination was Driving Miss Daisy at the 1990 ceremony. That makes Steven Spielberg’s Lincoln with its dozen nominations the frontrunner and the very model of a Best Picture candidate. Writes Roger Ebert:

“It’s a great film, in my opinion, but in the context of Oscar nominations, it also represents the kind of film the academy loves to nominate: an important drama on a big subject by an industry veteran.”

Michael Cieply and Brooks Barnes in The New York Times award season blog, The Carpetbagger, agree that it’s “the picture to beat,” but they wonder if Lincoln’s front-runner status can survive the long haul?:

“It remains to be seen, however, if Lincoln will end up more like The Artist, which last year established dominance (with help from its cheery Jack Russell terrier co-star, Uggie) and won best picture, or Mr. Spielberg’s own Saving Private Ryan, which seemed to lead through much of the 1999 awards season but lost out to Shakespeare in Love.”

Silver Linings Playbook has the distinction of being the first film since Reds in 1982 to garner nominations in the four acting categories. As for the quartet of films whose directors were snubbed, Jon Weisman, in Variety, put “long odds” on a Best Picture win for Argo, Zero Dark Thirty, Les Miserables and Django Unchained (whose fusillade finale I couldn’t watch without thinking of the classic first season sketch from Saturday Night Live, in which inmate Garrett Morris auditions for a prison talent show by singing, “Gonna get me a shotgun and kill all the whiteys I see”). Zero Dark Thirty, though, could benefit from the backlash to the backlash. There might be sympathy too, for the well-liked Argo. Silver Linings Playbook nominee Bradley Cooper, on NBC’s Today, said that director Ben Affleck was robbed.

Ebert, although decidedly not on Team Miserables (“near unbearable”), aptly summed up this year’s Best Picture field: “This year’s list is a good one.” 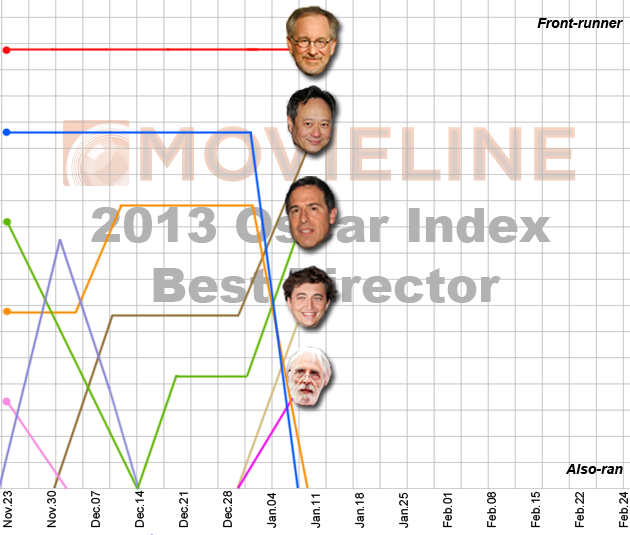 For the first time in Academy history, voters submitted their nominees before the DGA announced its nominations, which have traditionally mirrored the Oscar field. The result?

The Best Director category, wrote Owen Gleiberman, “looked so different from what everyone thought it was going to look like that a lot of people simply couldn’t wrap their heads around it.” That included David Letterman, who proclaimed that the snub of Zero Dark Thirty director Kathryn Bigelow was “a travesty.” Kenneth Turan, in The Los Angeles Times, chalked up the glaring omission of her name on the Oscar ballot to “the bullying power of the United States Senate,” members of which have challenged the film’s torture scenes and questioned if the filmmakers were given undue access to classified information. At least Ben Affleck took his jaw-dropping slight with self-deprecating humor. “I would like to thank the Academy,” he joked when accepting a Critics Choice Best Director award Thursday. “I’m kidding, this is the one that counts.” Awards Daily founder and editor Sasha Stone offered this consolation to Affleck and Bigelow:

“Look at Ang Lee and Steven Spielberg. These two are embattled veterans of Hollywood and the Oscar race and both have been left out many times. Both have lost in crucial ways, in humiliating ways. Both are directors with career peaks that mark two of the most contentious Oscar years in history: Saving Private Ryan vs. Shakespeare in Love and Brokeback Mountain vs. Crash.  Look at them now… They’ve both…emerged to once again direct two of the best films of their careers.”