George Clooney On Innocence of Muslims Makers: Freedom of Speech Means 'The Idiots Get To Have Their Say'

This idea came to me before I actually saw Argo on Tuesday night, but now that I have seen Ben Affleck's gripping, well-directed film, I can't let it go.  When I learned about the plot of the movie — in which a CIA agent (Affleck), a Hollywood make-up artist (John Goodman) and a movie producer (the wonderful Alan Arkin) — gin up a fake movie to rescue a group of diplomats trapped in Iran during the hostage crisis — it struck me that Argo was the inverse or the flip side of another fake movie that got a lot of press this past summer: Innocence of Muslims. 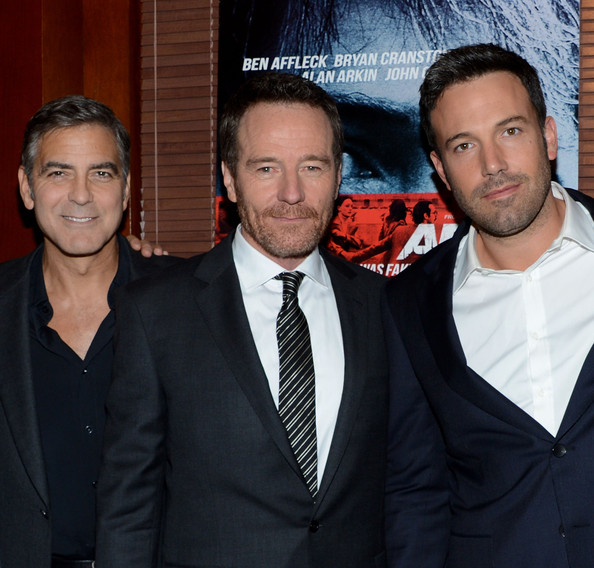 Argo is about the power of film harnessed for humane reasons — specifically, to extract American diplomats who would have probably faced grisly, public executions had they been caught after slipping out of the U.S. Embassy in Tehran when it was taken over by militants in 1979.

Innocence of Muslims is about the dark side of that equation. It's the power of film — still potent even when the so-called movie is little more than a collection of half-assed scenes cobbled together and thrown on YouTube — misused to incite violence and stoke mistrust and anger between Muslim nations and the United States.  Argo, which is based on a true story, is about saving lives.  Innocence of Muslims was linked to violent attacks on the U.S. Embassy in Libya on Sept. 11 that left four Americans dead, including Ambassador J. Christopher Stevens.

When I saw George Clooney, who is one of  Argo's producers, at a private screening and dinner for the film at the Time Warner Center on Tuesday night, I ran my idea by him. Was there any lesson, I asked, to be learned from the controversy and the tragedy that Innocence of Muslims provoked?   I'm not a big fan of asking celebrities their opinions about international or national affairs, but I've come to admire Clooney's political activism and his understanding of the way the world really works, as well as his humanitarian spirit. (In March, he was arrested outside the Sudanese embassy in Washington for protesting the country's blockage of food and aid to its own starving people.)

After listening to my take on Argo and Innocence of Muslims, Clooney suggested that I was making a bit of a leap, but he did answer my question. For one thing, he said, "I'm not quite sure that those diplomats did die as a result of that movie. It seems more like that was a coordinated effort by Al Qaeda" to make a statement on the anniversary of the Sept. 11, 2001 attacks on U.S. soil.  But getting to the root of my question, Clooney told me: "Freedom of speech means you have to allow idiots to speak, and that’s the unfortunate thing."

"This guy clearly wanted to create problems," he continued referring to Nakoula Basseley, the Egyptian immigrant who appears to have masterminded the making of Innocence of Muslims.  Clooney added that he saw part of the YouTube video:  "It made me mad and I’m not Muslim," he said. "It made me mad for the quality of film that it was, more than anything. But the simple truth is that in order to make [democracy] work, the idiots get to have their say, too. And that’s unfortunate."

I agree. What do you think?  Please let me know in the comments section below.