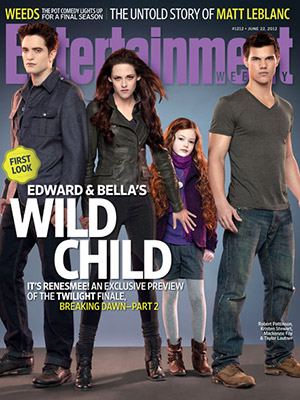 Oh hey, remember Twilight? That book that was a movie that spawned a gazillion-dollar franchise before The Hunger Games and Fifty Shades of Grey made you momentarily forget about sparkly vampires? Well, it's back, and the latest EW cover serves to remind us all that Breaking Dawn - Part 2 — the franchise ender, due in November — is just on the horizon. Forthwith, your first look at Vampire Bella, Daddy Edward, and, uh, Uncle Jacob with Breaking Dawn's preternaturally mature baby Renesmee.

EW teases their June 22 issue with family portraits of Bella (Kristen Stewart), Edward (Robert Pattinson), Jacob (Taylor Lautner), and little Renesmee, a new character introduced in Breaking Dawn - Part 2. Per Stephenie Meyer's final Twilight novel, Renesmee is the half-human, half-vampire baby whose birth pretty much kills Bella at the end of Breaking Dawn - Part 1, necessitating Bella's transformation into a vampire and kicking off the final chapter of zany events in the series.

Among the stranger details of Breaking Dawn - Part 2: Renesmee is a hybrid creature baby who grows at an accelerated rate, hence why she looks more like Siri Cruise than a normal infant. 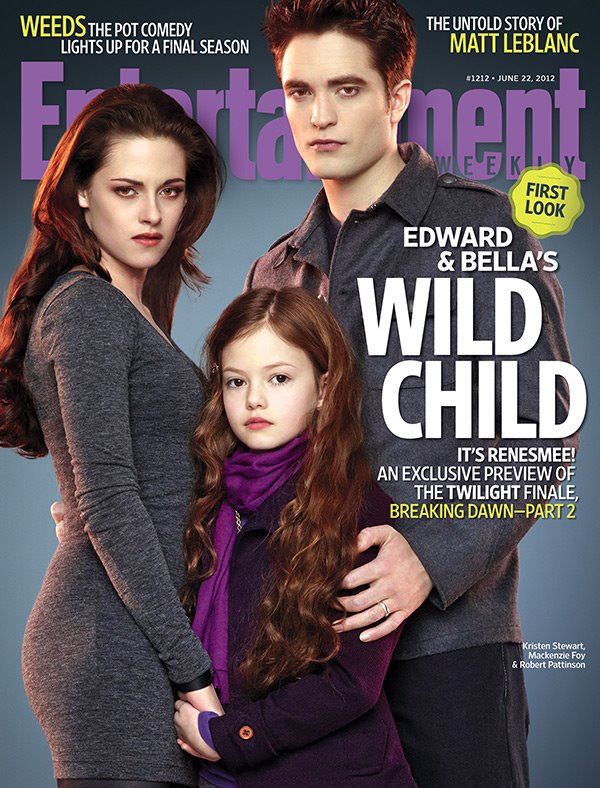 (Forget Twilight - let's get to the untold story of Matt Leblanc, amirite?)

Eleven-year-old newcomer Mackenzie Foy nabbed the role of Renesmee, and from the looks of EW's preview she gets considerable face time with not only her vampire parents (and Jacob — more on that in a bit) but with the various assembled international vampires that gather to rally around the Cullen clan as the evil Volturi vamps head to America to wipe them out.

EW's Twilight issue hits stands June 15, along with new images from the film. Take a look at the Cullen brood... 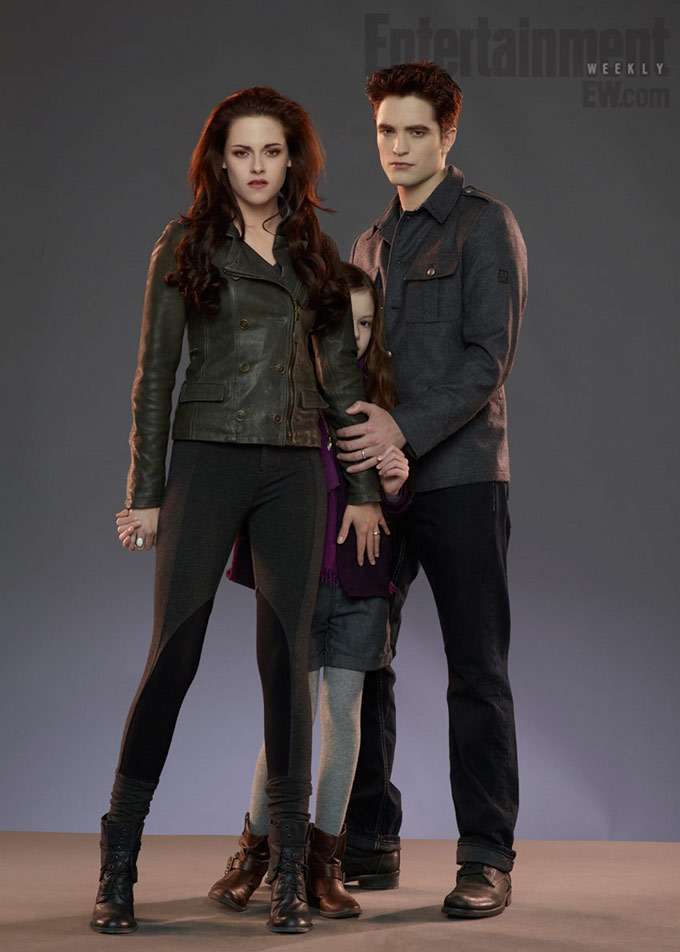 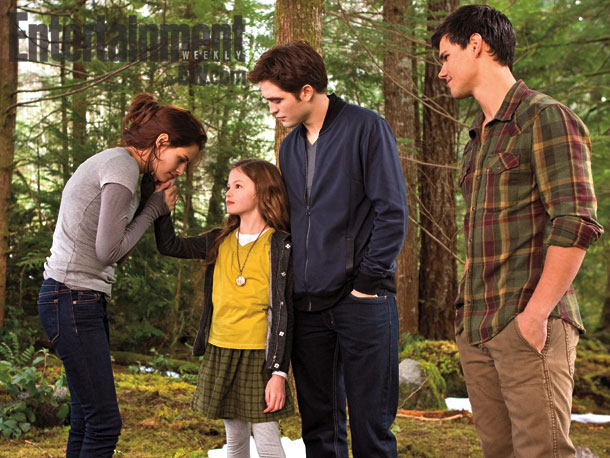 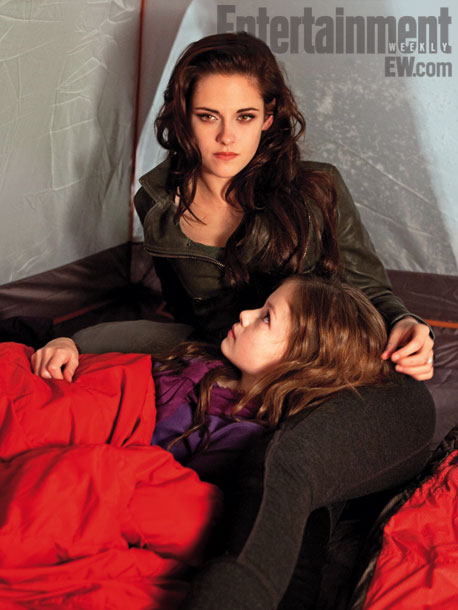 And the various global vampire clans that gather in Breaking Dawn - Part 2: 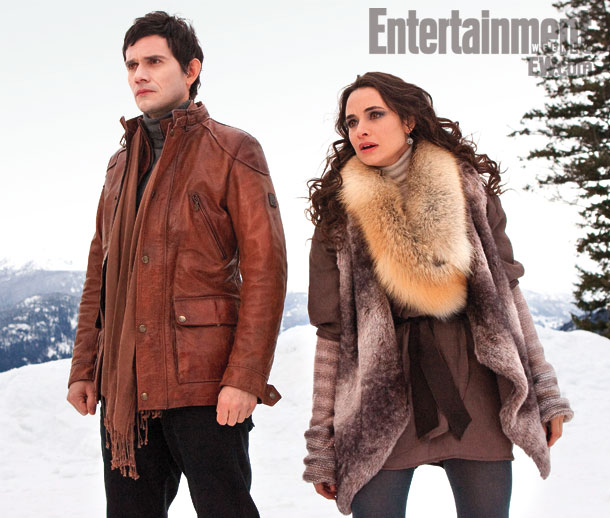 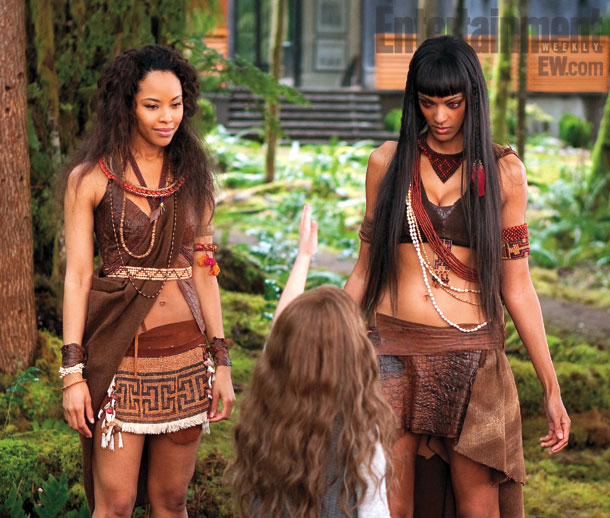 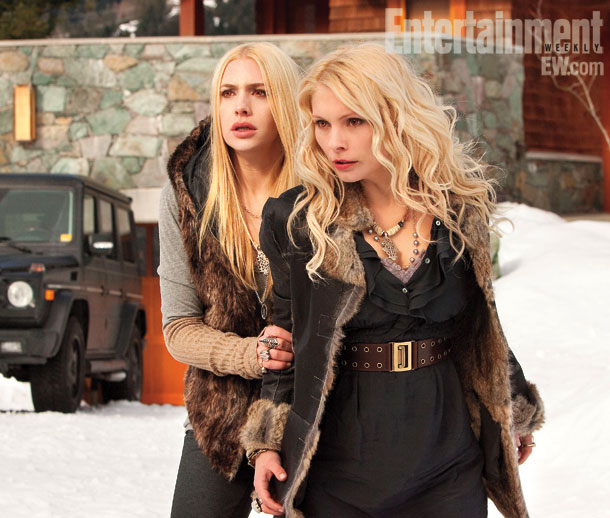 Of course, Dakota Fanning returns with the Volturi... 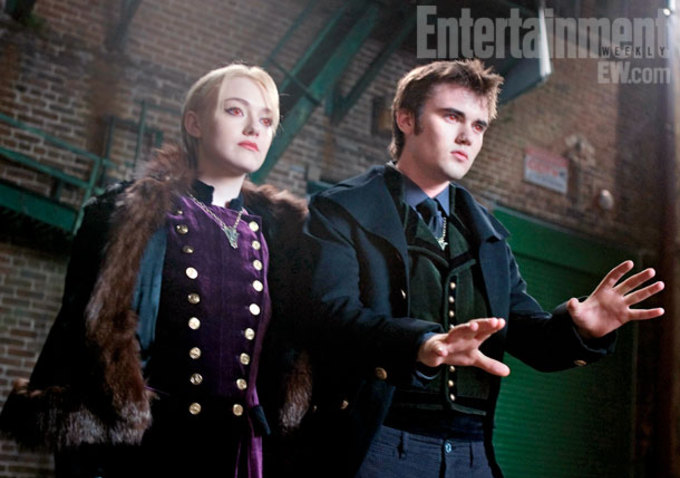 ...and Vampire Bella is strong enough to arm-wrestle Emmett... 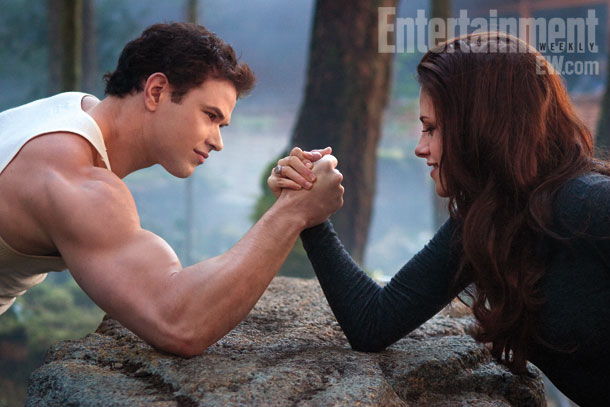 ...but let's talk about Jacob and Renesmee and the love that dare not speak its name: Imprinting. 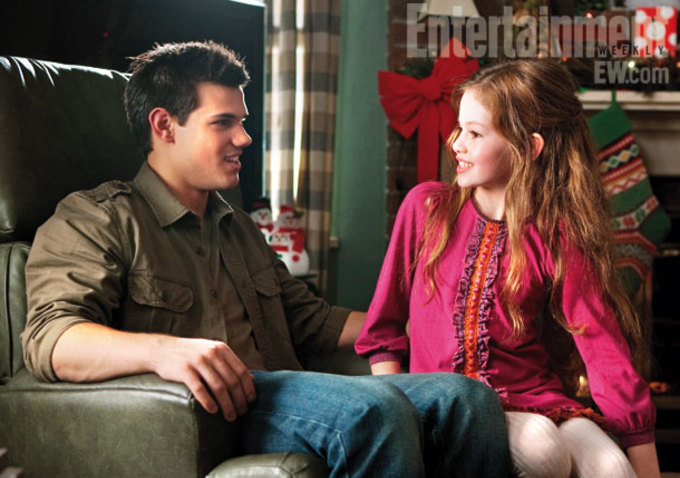 Scans of the EW cover story have already leaked, revealing bits of the cast and director interviews discussing the set, casting Foy ("Even our hands look similar," marvels Stewart), etc. But let's jump right over to the elephant in the room, shall we? Lautner addresses his Breaking Dawn challenge — making Jacob "imprint" on his soulmate, baby Renesmee, without making it feel, you know, creepy (via Nessie-Mackenzie.com):

…talking to Stephenie Meyer and diving back into the book got him more comfortable with the notion of being in love with a child. “Everyone likes to tease me about it,” he says. “Everyone thinks it’s so funny, and I laugh along with them, but it’s important for me to keep in my mind that it’s as simple as a lifelong bond. It’s not nearly as creepy as everybody likes to joke.”

That “everybody” includes Pattinson, needless to say. “Oh, I can’t wait till he has to do live TV,” Pattinson says of Lautner with a gleeful cackle. “Did you ask him if his taste in women has changed? The first scene I saw them together, I literally could not stop laughing. I wouldn’t have been able to do it.”

Well, good luck to Lautner. I don't care if Stewart had to wear uncomfortable contact lenses, he's officially got the hardest job of anyone on Twilight. Look for more in EW's June 22 issue.