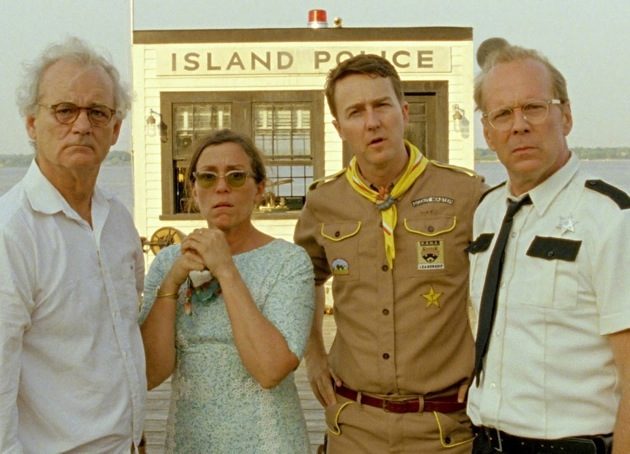 After a momentary holiday lull, it’s back on! Or as Calvin Candie says in Django Unchained. "We got us a fight going on that's a good bit of fun." Academy voters were given one extra day to mull over their Oscar nomination ballots, thanks to a voting deadline extension necessitated by complaints and concerns over the Academy’s first-ever electronic voting system. They could use that 24 hours to digest the Producers Guild Award nominations, which were announced Wednesday, a day early.


From here, the awards season proceeds at 48 frames per second, bringing the Oscar race into sharp focus. The Director’s Guild of America nominations for Best Director will be announced Jan. 8, with Oscar nominations announced on the 10th,in advance of the Golden Globes, which will be handed out on the 13th. The PGA ceremony will be held on the 26th, followed by the SAG awards the following night. Feb. 2 brings the DGAs, one of the most reliable Oscar indicators, followed by the Independent Spirit Awards (and the Razzies) on the 23rd and the Oscars on the 24th.

This is the earliest Oscar voting in history, Variety’s Jon Weisman noted, and he feared for the “dark horse” candidates as voters race to catch up to the big ticket films such as Django Unchained and Les Miserables that were released at the end of the year. “We'll never quantify the impact… on the coming Academy Award nominations, but I'm thinking negative,” he writes.

The Best Picture race was most impacted this week. So, let’s consult the Gold Linings Playbook to see which films benefited from the PGA bump. 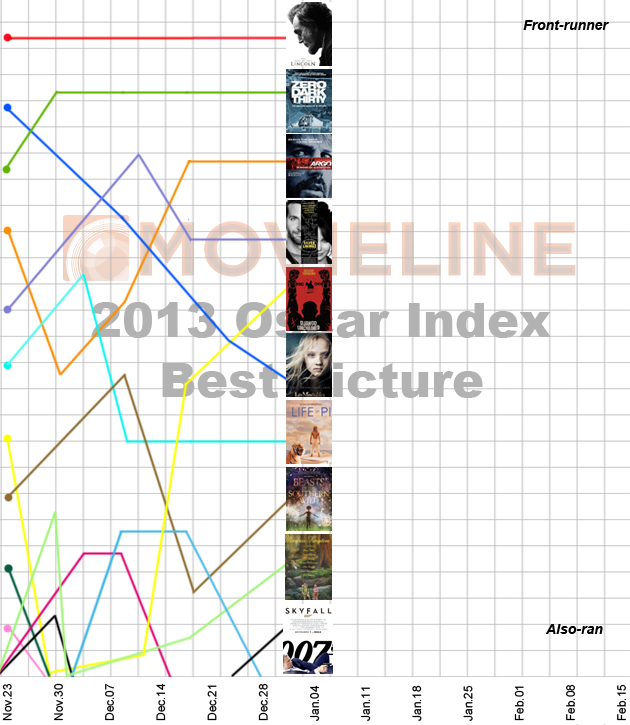 Best Picture
Since 1990, the winner of the PGA’s Darryl F. Zanuck Award for Outstanding Producer of Theatrical Motion Pictures -winner was denied on Oscar night only seven times, most recently in 2006, when The Departed took Best Picture honors instead of the PGA’s choice, Little Miss Sunshine. Its 10-film field included most of the expected nominees from A (Argo) to Z (Zero Dark Thirty). Django Unchained’s n-word - nomination - only accelerated its momentum, while Beasts of the Southern Wild, a non-union production, deemed ineligible for SAG consideration, and also denied Golden Globe nominations, saw its own Oscar cred strengthened.  (Apparently, Hollywood Foreign Press Association members would rather party with Nicole Kidman than Quvenzhane Wallis) biggest surprise was the nomination of Skyfall, which may be poised to do for Bond films what Beauty and the Beast did for animated films; be the first to be nominated for a Best Picture Oscar.

But Skyfall shouldn’t press its Oscar-night tux just yet. Last year, Bridesmaids, The Ides of March and The Girl with the Dragon Tattoo did not parlay their PGA nominations into Best Picture bids. The Master, Flight, and The Dark Knight Rises, each snubbed by the PGA, have their advocates, and should not be counted out.

Ones to watch: The Dark Knight Rises, Flight, The Master 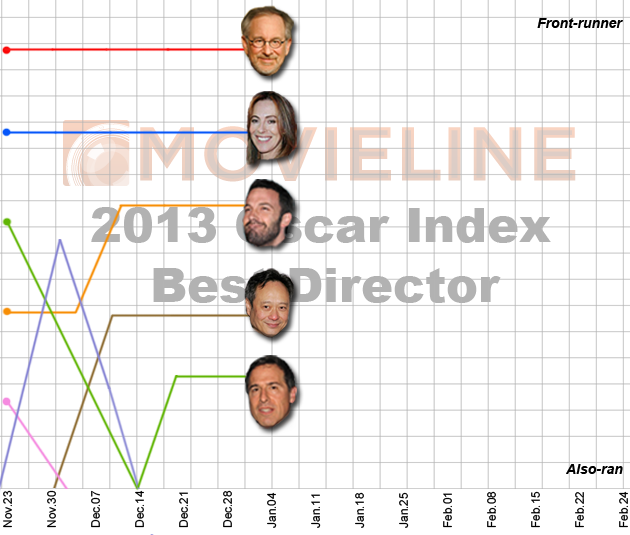 Best Director
The heat is still on Zero Dark Thirty, now officially the target of a Senate Intelligence Committee investigation over alleged contact between the filmmakers and CIA officials, but Kathryn Bigelow's nomination is inevitable. Quentin Tarantino is riding taller in the saddle with Django Unchained’s PGA nomination, but it’s a tight field and Life of Pi and Silver Linings Playbook are safer, far less controversial films. Still, it helps to have Samuel L. Jackson in your corner. The PGA snub of The Master sees Paul Thomas Anderson’s Oscar hopes further recede.