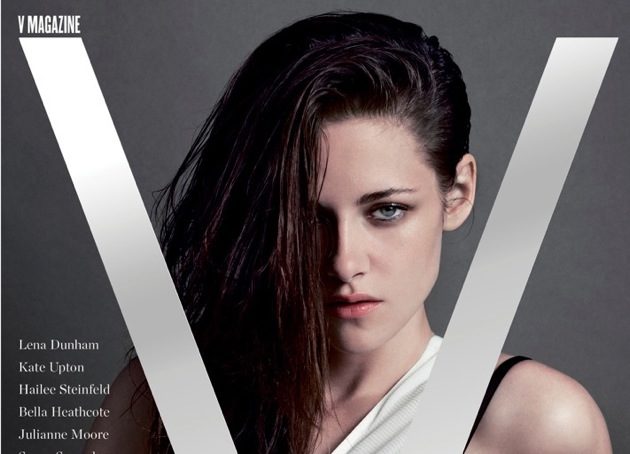 I never tire of looking at Kristen Stewart.  In the new issue of V Magazine, which features the On The Road actress in a 10-page photo spread,by Inez & Vinoodh and on its cover, writer Sarah Cristobal writes that there is "a slightly feral air"  to Stewart's presence, and that's exactly what makes her so fascinating to watch on and off screen.

I wish On The Road had been a more cohesive movie, and a better showcase for Stewart's talents post-Twilight Saga, but she clearly has no regrets.  The actress tells V that the Walter Salles picture has been "a fucking amazing experience. I would have done anything, I would have played any part."  She adds that the character she did play, Marylou, who was based on Beat icon Neal Cassady's onetime wife LuAnne Henderson, was "remarkable because she has a tough core. When you are a teenager a year can be crippling to maneuver through, you're just out there questioning things and so to be completely ok with that and not think that there is anything wrong with you, that's something I've recently understood," says Stewart, who points out that she's 22 where "Marylou started this whole thing when she was 15."

As Stewart told Movieline, playing Marylou helped her to be "unabashedly" herself, and she elaborates on that theme a bit with V. After a year in which she weathered a storm of overheated  Scarlet Letter-style publicity and issued a public apology for cheating on reported boyfriend and Twilight co-star Robert Pattinson with her Snow White and the Huntsman director Rupert Sanders, Stewart tells the publication:  "I have realized that you can close yourself off to life if you put walls up, but it's a difficult thing...people can't see in and you also can't see out. So I have gotten quire comfortable with just being unafraid. I keep saying the same thing, its not about being fearless but really just embracing the fears and using them. (..) I don't want to deprive myself of any bit of life.

Oh yes, and if you're wondering which actresses are on Stewart's radar, she says there "are many cool girls out there" and name-checks Jennifer Lawrence, Amy Adams and her Twilight Saga and The Runaways co-star Dakota Fanning.

Now check out some pictures. 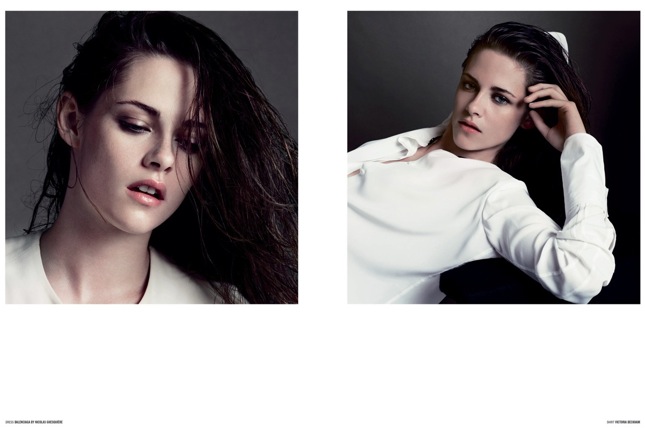 Kristen Stewart Goes 'On The Road' & Chats Up Her Racy Role