The 'Twilight' Scream-O-Meter: Notes From The 'Breaking Dawn 2' Premiere 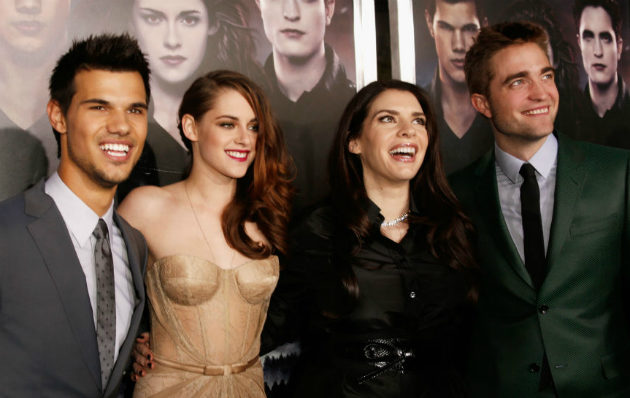 Screams of elation, excitement — and at one point pure, unadulterated horror — echoed down through the rafters at the Nokia Theater last night as The Twilight Saga: Breaking Dawn Part II premiered to crowd of well-heeled industry guests and legions of Twi-hards, all craning for a glimpse of Kristen Stewart and Robert Pattinson, who were in attendance alongside dozens of their Twilight co-stars.

Hollywood suits and fans alike seemed taken with the action-packed Twilight finale, which concludes the billion-dollar film franchise with a polished touch, new faces, a welcome dash of humor, and more than a few fan service moments dedicated to Bella and Edward's bloodsucking marital bliss.

And, proving that Twilight is a universal phenomenon, the premiere drew famous faces as varied as they come: Stevie Nicks, who compared Twilight to Wuthering Heights and Jane Eyre on the red carpet; Terrell Owens, spotted taking pictures with a Breaking Dawn vampire at the after party; Jaleel White, the erstwhile Steve Urkel; and even Weird Al Yankovic. Weird Al! Who'd have guessed he was a Twilight fan? 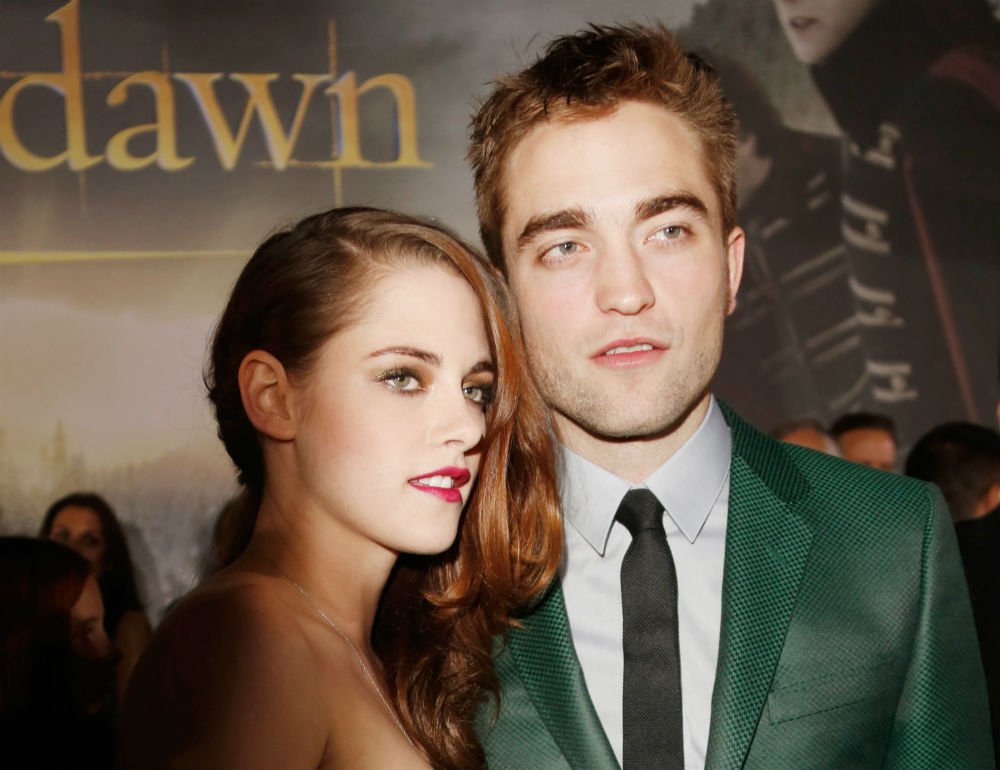 Breaking Dawn Part II picks up shortly after the gory events of Breaking Dawn Part I, in which franchise heroine Bella Swan (Kristen Stewart), newly wed, gave birth to her half human, half vampire daughter Renesmee. Or, rather: When baby Renesmee clawed her way out of the womb leaving Bella dying, and fast. Enter vampirism: Painful, permanent, but too convenient to turn down in a pinch.

The new film opens with Bella's rebirth as she awakens to undead life with new strength and beauty, a thirst for blood, and a hyperactive sex drive for making eternal love with Edward (Robert Pattinson). And Bella's not alone; along with her resurrection, the franchise comes alive with renewed energy and a much-needed sense of humor, not to mention - gasp! - changes from the book that lend Breaking Dawn a cinematic drama lacking in Meyer's final novel.

Director Bill Condon, who helmed Breaking Dawn Part I and shot the two final installments concurrently, delivers the ultimate Twilight farewell for fans of Stephenie Meyer's books and the film adaptation they spawned. Together with series screenwriter Melissa Rosenberg and Meyer herself, a guiding presence on set and in the scripting process, Condon gives the Twilight faithful all the must-see moments they want — and a few they didn't know they needed. 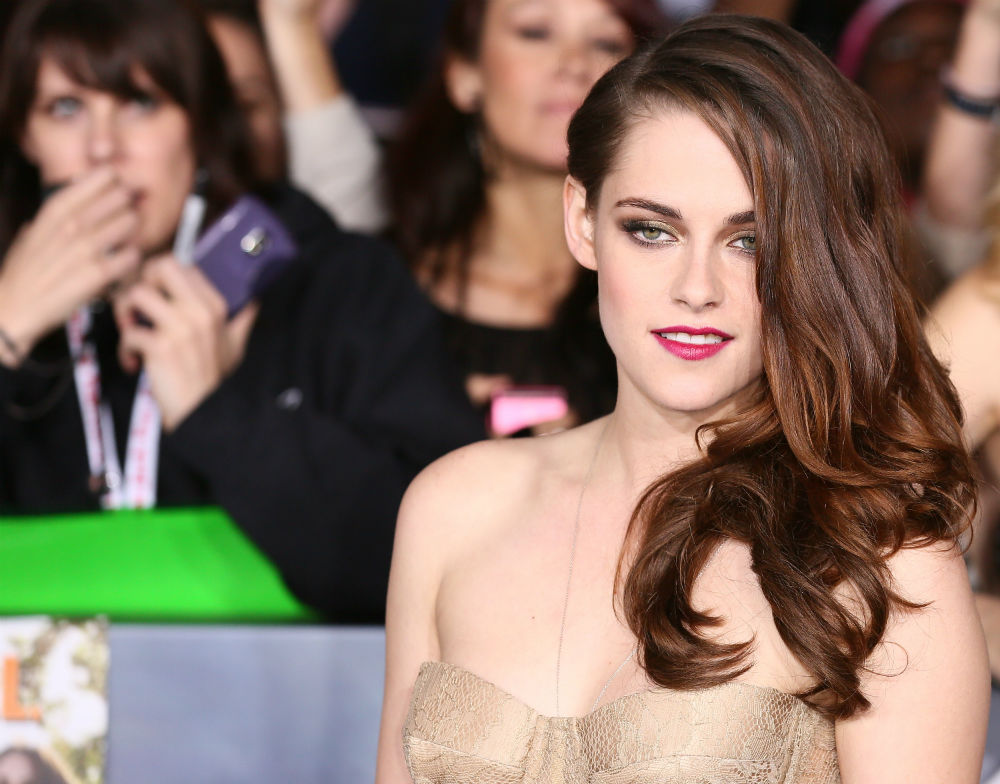 Suffice to say, in the service of satisfying the fans Condon and Co. have included plenty of canoodling opportunities for Bella and Edward, who are finally sexual equals now that vampire life has balanced out their 100-year age difference. If you thought Breaking Dawn Part I's PG butter-colored honeymoon sex was thrilling, just wait until Bella, powered by a diet of mountain lion blood, shoves Edward onto their bridal bed and becomes entangled in a blur of abstractly unidentifiable arms and thighs and sighs until her brain explodes in orgasmic, butter-colored bliss. Scream level: 8, on a scale of 1 to 10.

And despite being saddled with the trickiest plot development of the film, maybe even the series (Imprinting: Totally not weird, right?), Taylor Lautner shows off his comic timing, and his six-pack, both of which he's clearly been working on these past few films. I dare say Condon pushes the envelope a bit where Lautner is concerned; in one scene the camera leers just so at Lautner's crotch that the entire audience gets to second base with him just by looking. Scream level: 9.

But where Rosenberg, Meyer, and Condon show they really know their fan base is in the film's biggest departure from the book. Without spoiling it, I'll just describe what it sounded like in the theater: Gasps and screams escaped from the fan contingent, crescendoed, and sustained for a good ten minute span. The feeling was contagious, creating a wave of invisible, palpable energy cascading from the balcony to the screen. Scream level: 11. 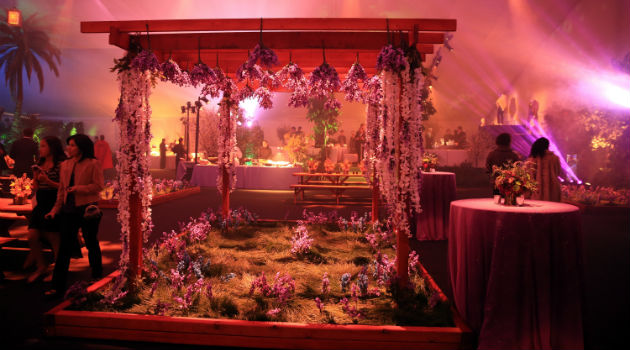 At the after party guests danced under the Forks High prom lights, sat in Bella's red truck, and posed for photos in Bella and Edward's meadow. Locations from the entire series were replicated in every corner, from the Volturi chambers to the Quileute forests to the flower-lined awning under which Bella and Edward were wed. Bella's wedding dress stood underneath a giant hanging moon while servers dressed as Volturi brought around canapes; outside, live wolves roamed a cage on display.

It was a Twilight fan's dream, so thoroughly detailed that you wonder how long it'll take Summit to figure out how to create a Harry Potter-styled Twilight attraction where fans can wander scenes from the films and imagine themselves in Forks, Washington, and keep the screams — and cash — rolling in for years to come.

Taylor Lautner On Jacob And Renesmee's 'Breaking Dawn' May-December Relationship: 'I Was Worried About It'

Are Breaking Dawn Fans In For 'Big Shock' Ending?

Read up on all things Twilight: Breaking Dawn!