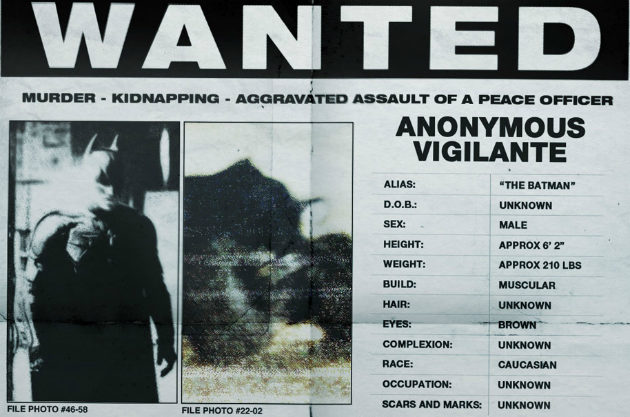 With The Dark Knight Rises release fast approaching, Warner Bros. has launched their latest bit of buzz-driving viral marketing by teasing a brand-new trailer for the July release. But in order to see that trailer, Bat-fans must first "help" the Gotham City Police Department "find" Batman by tracking hundreds of pieces of Bat-graffiti strategically placed around the world; for each bit of graffiti located and tagged via social media, Warner Bros. will unveil the new trailer one frame at a time. Graffiti: it's not just for Oscar-nominees anymore!

Tucked away in a dossier containing Batman's GCPD criminal file (posted to TheDarkKnightRises.com) are documents detailing where Batman stands following the events of The Dark Knight: Namely, at the top of the city's hit list, having taken the rap for murder, kidnapping, and aggravated assault.

In a viral call to action cleverly disguised as a police memo, "officers" (that's you, Bat-fans) are directed to find pieces of pro-Batman graffiti stenciled across Gotham City (that's every box office-targeted metropolis, right?) in an effort to stamp out grassroots support for the caped crusader.

"Officers should also be directed to report any and all information pertaining to the investigation to the designated contact (#tdkr07202012 or tdkr07202012@gothampolicedepartment.com). This includes submitting photographic evidence of graffiti related to any movement in support of the vigilante’s return so we can suppress it before it becomes a problem. Officers should make sure that location services or store location is on in their camera settings."

The campaign has already unlocked a number of frames from the trailer (see below, courtesy Coming Soon): 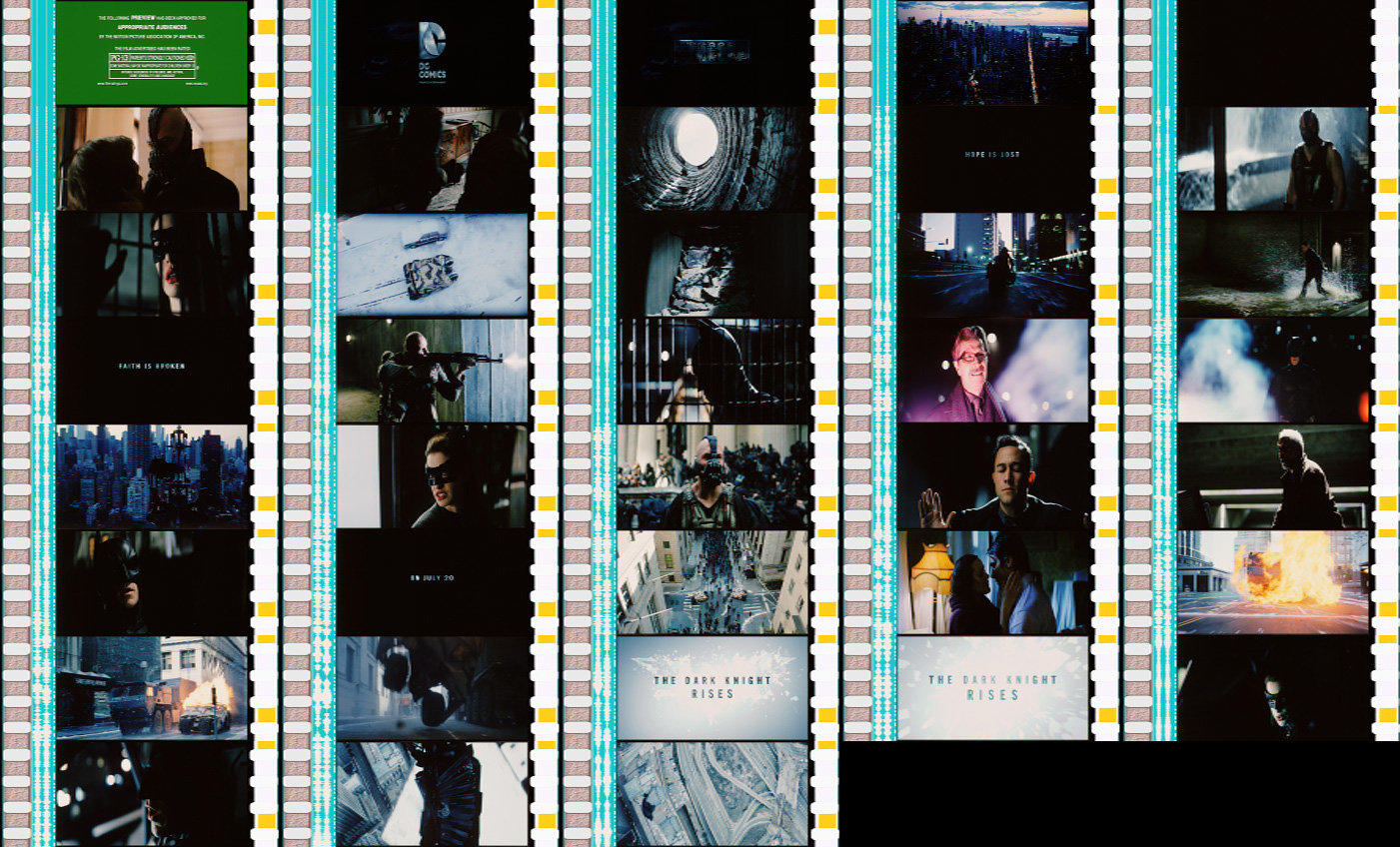 I'm sure Warner Bros. doesn't endorse graffiti -- except in bat form, and leading up to July 20, 2012, and in chalk, of course. And it's a brilliant way to get fans in a tizzy over seeing a trailer ONE FREAKING FRAME AT A TIME. But isn't this guy who shaved the Bat-signal into his facial hair (via Reddit) just as effective a piece of viral marketing? Move over, Movember! It's time for... Bat-stache-uly?