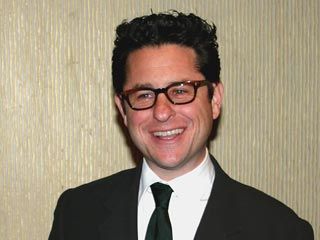 While stars such as Mark Hamill, Carrie Fisher and perhaps even Harrison Ford have indicated they may make a return to Disney's Star Wars, the narrow pool of once possible directors has narrowed more.

J.J. Abrams is the latest possible director to bow out of possibly leading Star Wars: Episode VII. Steven Spielberg said he won't be heading to the director's chair for the next round of the franchise, which Disney will spearhead via its $4.05 billion acquisition of LucasFilm in late October.

Abrams, who is directing next year's Star Trek Into Darkness briefly discussed the idea with producer Kathleen Kennedy, according to Empire Magazine, but decided against taking on the project and will keep his focus on Star Trek.

"There were the very early conversations and I quickly said that because of my loyalty to Star Trek, and also just being a fan, I wouldn't even want to be involved in the next version of those things. I declined any involvement very early on. I'd rather be in the audience not knowing what was coming, rather than being involved in the minutiae of making them."

Continuing he added, "I guess the franchises could go up against each other, but I'm not thinking that far ahead! I'm a huge fan of Star Wars, Empire and Jedi, and the idea of the world continuing is exciting and will be amazing. Kathy Kennedy is a friend and there are no smarter producers. It's in great hands."