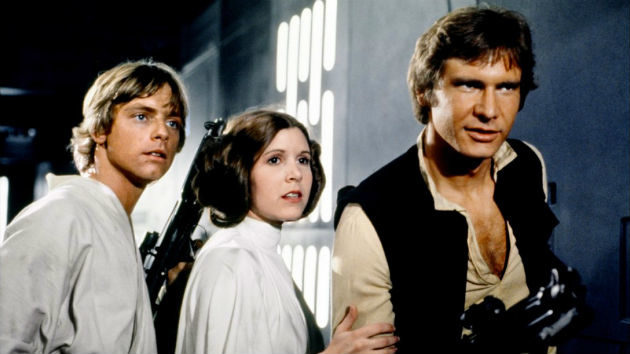 "Lucasfilm reflects the extraordinary passion, vision, and storytelling of its founder, George Lucas. This transaction combines a world-class portfolio of content including Star Wars, one of the greatest family entertainment franchises of all time, with Disney’s unique and unparalleled creativity across multiple platforms, businesses, and markets to generate sustained growth and drive significant long-term value.”

Lucas addressed the sale and what it means for the Star Wars franchise, which will continue under Disney in 2015:

"For the past 35 years, one of my greatest pleasures has been to see Star Wars passed from one generation to the next. It's now time for me to pass Star Wars on to a new generation of filmmakers. I've always believed that Star Wars could live beyond me, and I thought it was important to set up the transition during my lifetime. I'm confident that with Lucasfilm under the leadership of Kathleen Kennedy, and having a new home within the Disney organization, Star Wars will certainly live on and flourish for many generations to come. Disney's reach and experience give Lucasfilm the opportunity to blaze new trails in film, television, interactive media, theme parks, live entertainment, and consumer products."

I can't imagine classic Star Wars fans are excited about the prospect of the franchise chugging along without its guiding creator, but then, who among us would take a bullet for the last trilogy? We all knew it was too big not to continue along in countless spin-offs and sequels and various other merchandising opportunities, so handing the reins to fresh voices while Lucas goes off and makes his smaller personal projects could work out just fine.

[UPDATE: According to Iger, Disney's LucasFilm deal includes Star Wars 8 and Star Wars 9, to follow the 2015 debut of Star Wars 7, along with plans to incorporate the Star Wars brand into Disney's theme parks.]

The sale, however, also opens the door for Disney to potentially revive Lucas's other Lucasfilm properties. I'm not talking Indiana Jones here. Is the world ready for Howard the Duck 2.0? (I'm not even sure if that's a possibility, just trying to prepare you for the inevitable Lucasfilm catalog cash-grabs.)

The Disney-Lucasfilm merge also calls to mind the first great collaboration between a (current) Disney entity and Lucas's world: Namely, the Star Wars episode of The Muppet Show.

"It seems we've landed on some sort of... comedy-variety show planet." More of this, I can get behind.

More from our pals at ENTV: