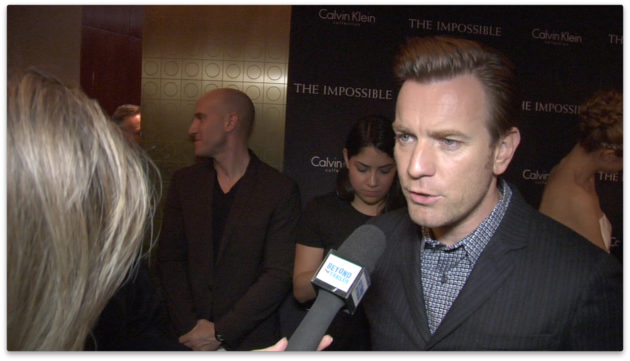 Golden Globe nominees Naomi Watts  and Ewan McGregor turned out for a special screening of their epic tearjerker The Impossible and talked to me about how they summoned the emotional wherewithal to play a couple whose family is torn apart by a tsunami.

The picture's director, J.A.Bayona also attended and told me he had no qualms about casting a Scottish and an Australian actor to play the real-life Spanish couple on which the harrowing story is based. Bayona pointed out that the film never clarifies the couple's nationality. Besides, the actual  husband and wife who inspired the story were on the carpet and they were clearly supportive of the film.