File under "Too Soon," perhaps: Naomi Watts and Ewan McGregor star in The Impossible as a couple on holiday with their two young children in Thailand when the 2004 tsunami tragedy sweeps the region, leaving hundreds of thousands dead in 14 countries. Directed by Juan Antonio Bayona (The Orphanage), the disaster drama is based on one family's experience and makes use of realistic CG and sets to recreate the event. And judging from the newly unveiled (and kind of terrifying) Spanish teaser poster, expect an intense treatment of the tragedy as seen through the eyes of the victims on the ground. 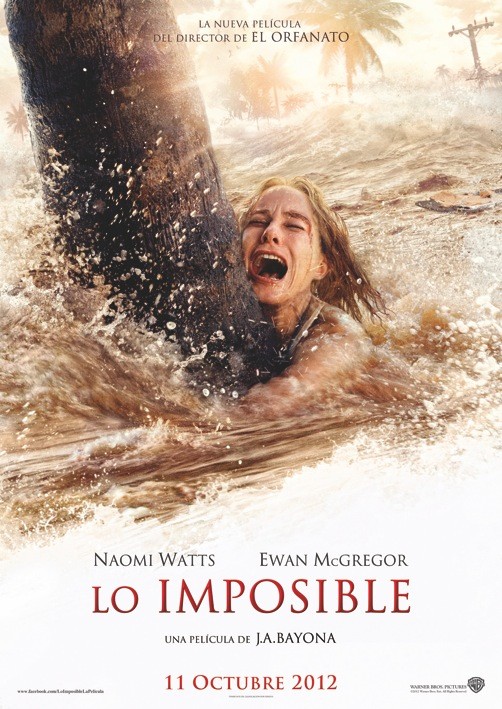 Bayona posted the Watts teaser poster (Spanish title: Lo Imposible) via Twitter; it's scheduled for release in Spain this October, although a U.S. release date has not been set. 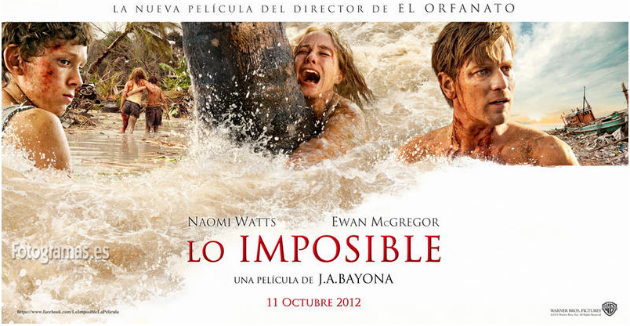 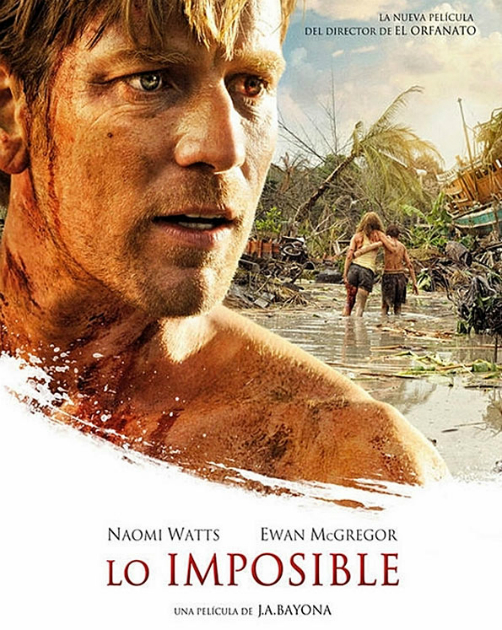 A previously released Spanish-language trailer depicted Watts and McGregor's happy family vacay interrupted by the catastrophic event, a tidal wave crashing through their seaside resort, hurtling Watts through the glass window pane of a botanical garden-looking structure. The effects are reminiscent of those used in Clint Eastwood's Hereafter to depict the same event, sequences which earned his VFX team an Academy Award nomination.