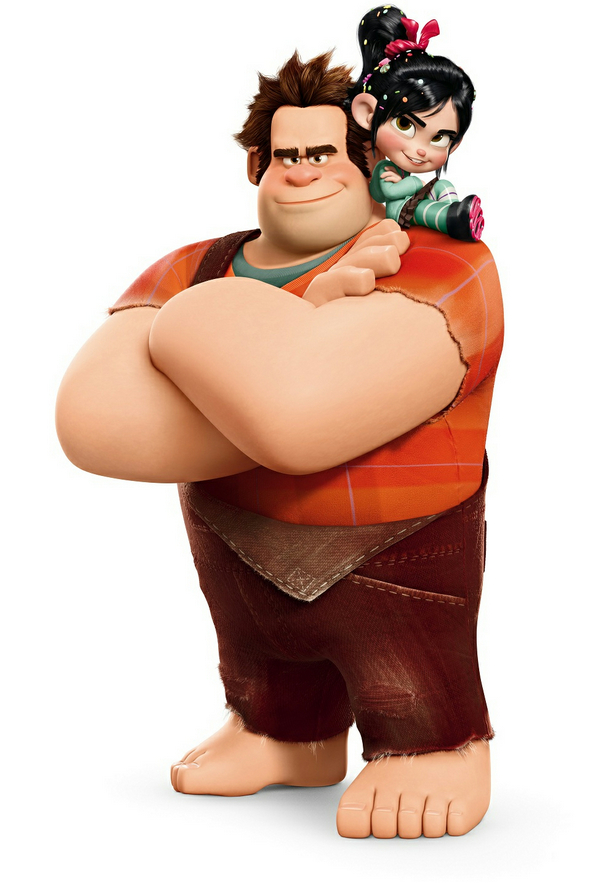 After throughly enjoying Adult Swim alumnus Jim Tozzi's Psychocats parody trailers for Seven Psychopaths (which made me even more focused and productive in the office), I'm counting the minutes until some new-media smart-ass takes this fun Wreck-It Ralph clip and makes it funnier by splicing in some of  Sarah Silverman and John C. Reilly's less, um, family-oriented comedy.

Reilly plays the title character of the Rich Moore-directed Disney animated picture, which hits cineplexes on Nov. 2.  He's Wreck-It Ralph,  a vide0-game villain from a Donkey Kong-like game who tires of being the bad guy and goes on a vision quest of sorts to prove that he can be a hero. His journey takes him through a couple of game scenarios, including Sugar Rush, a candy-themed Mario Kart homage, where he encounters Vanellope von Schweetz, a cutesy voiced cookie full of arsenic.  In this clip, Vanellope proceeds to needle Ralph by, for instance, asking him if he's "a hobo" and commenting on his "freakishly big" hands until he pronounces her "freakishly annoying."

Perhaps because the word freakish gets tossed around, I found myself hearkening back to these YouTube clips featuring Silverman on Conan O'Brien's TBS talk show and Reilly on Adult Swim as the genius Dr. Steve Brule.  In the right hands their words coming out of Ralph and Vanellope's computer-generated mouths could be pretty diabolically funny. If any Final Cut jockey out there is up for the challenge, I'd love to see the results.