Not Yet, Snake! It's Not Over Yet! Four Reasons To Be Hopeful About The Metal Gear Solid Movie

Video game fans are naturally suspicious of movie conversions because they’ve been burned more often than charcoal briquettes. Which is weird, because pattern recognition is meant to be a gaming skill. Columbia Pictures’ announcement that it's taking on the Metal Gear Solid license with Iron Man and The Amazing Spider-Man franchise producer Avi Arad has many gamers wary. The last attempt crashed and burned only two years ago, with Michael De Luca, producer of Oscar winner The Social Network, citing vague but fatal incompatibilities between video game companies and the big screen. But as the game's signature character Solid Snake once said: "Don't regret your past! Learn from it!"  With that in mind, here are four reasons the film adaptation might actually work this time.

For a long time, the wide-scale sucking of video game movies wasn't a tragedy, it was a kind of karmic blowback. Movies licensed for games were stamped into soulless, cookie-cutter platformers with less character than a game of Hangman. Similarly little care was put into the games' development. In return, movie companies would buy a video game license, shred it, then spit a few random catch phrases from the game into a standard action movie script. In both cases it was because the adaptation meant a few extra dollars for whoever could be bothered to grab them. 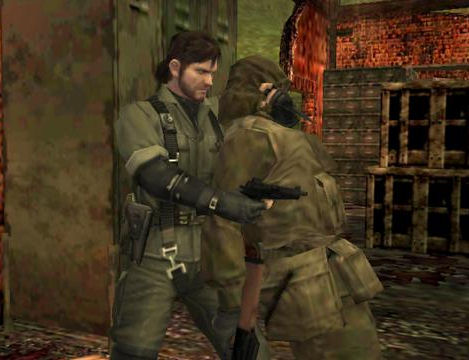 But big money changes everything. The Resident Evil movies are making exponential profits, while comic-book heroes are now grabbing more cash than every one of their bank-robbing villains put together.  (Just ask Arad. ) Studios are scrambling to get onto bandwagon, because it’s really a bank truck with the back doors open. An epic storyline and a quarter-century of rabid fandom means Metal Gear Solid is perfect for conversion.

2. It's Already A Movie Plot

Metal Gear isn’t a Street Fighter, where scriptwriters had to pad the game's haiku-simple idea of two outlandishly dressed characters “punching each other in the head for 90 minutes," and then did such a bad job you’d swear they wrote the padding after receiving the punching.  The franchise is an established full-bore action story armed with politics, double-crosses, environmental messages and more character motivation than War and Peace. In essence, an elite agent comes out of retirement to infiltrate a terrorist facility. That’s a viable, if not entirely original, action-movie plot, and Metal Gear makes it smarter, more, um, solid.  A direct translation of the plot would actually work. Of course that won’t happen, but that isn’t a problem because.... 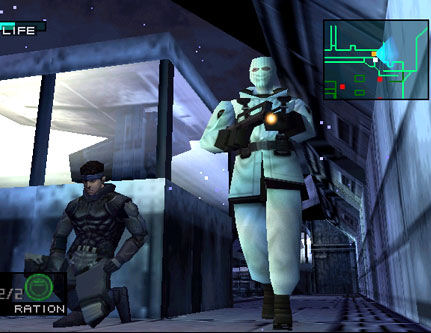 Video games aren’t converted into movies, they’re flattened. An entire dimension of viewer participation is removed. Metal Gear’s most iconic moments affect the viewer in ways movies can only dream of — like Psycho Mantis breaking the fourth wall with music and controller-vibration, or the Sorrow’s attempt to end the game by convincing the player that it’s already over. This involvement will no doubt be lost in the game's translation to the cinema screen. That said, the language of action movies is about streamlining: ideally, everything should fit into a neat 90-minute package, unless you're Christopher Nolan. And that process inevitably requires the sanding down of a lot of important detail, Metal Gear maestro Hideo Kojima needs more streamlining than a supersonic jet. Still, he’s the unquestioned master of the series — to the point where the game franchise owner Konami seems unwilling to let him escape, constantly forcing him into sequels no matter how many times he publicly says “this is the last one.” (I genuinely think they’re using a real world Foxdie virus on him, set to trigger if he leaves. The next game’s going to include include Codec messages reading “Help me. They have my family!”)

Kojima crafts masterpieces of stealth action. He also crafts epic monologues that rival the Iliad and puts them on the same disc. This gave Metal Gear Solid a depth unseen in any “man-with-a-gun” game before or since. For Metal Gear Solid 2, released in 2001, Kojima gave gamers a main character so detested — Raiden — that an updated version of the game, Metal Gear Solid 2: Substance was released the following year that included non-canonical extra missions so that button mashers could stop sulking and play as the revered Solid Snake. (Raiden is still apparently hated: The Substance version was included in the recent Metal Gear Solid HD Collection release.) By  the fourth installment, MGS was a day-long movie with set pieces you were allowed to stunt direct. Tightening the script could sharpen the story and attract a whole new audience. 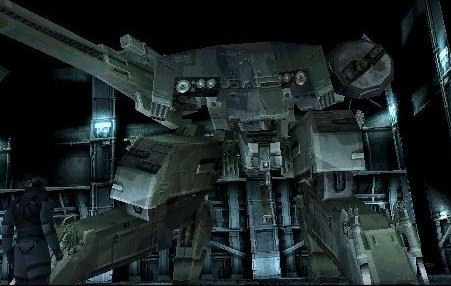 4. The Special Effects Will Be Worth the Price of Admission

Perhaps it's apostasy to write this, but the special effects in a Metal Gear movie are bound to kick ass. They must. The Metal Gear itself is the most perfect villain in any series: a giant walking tank which can also nuke anything on the planet. Action stars spend entire careers searching for an enemy that perfect. One of the most stunning moments in Metal Gear Solid was when this office-block-sized monstrosity rose out of the ground in a cut-scene and you, with your mouth hanging open in the real world, stood still while it shot at you until you realized that the cut scene had ended and this techno-leviathan was about to smoke your tiny ass. IMAX-ing the movie alone will justify ticket sales.

Sure, that's no guarantee that the boys in Hollywood won't screw it up, but let's hope Columbia, Konami and Arad heed the wisdom of Solid Snake:  "This isn't a training exercise. Our lives are riding on this. There are no heroes or heroines. If you lose, you're worm food."