Producer Avi Arad on Avengers, Ghost in the Shell vs. Akira, and the Mass Effect Movie 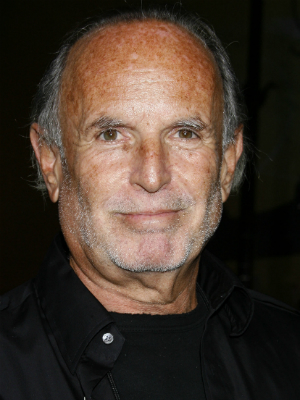 Marvel Studios founder (and former toy inventor) Avi Arad has built an empire out of the superhero business, having produced everything from the Blade films to the X-Men, Fantastic Four, Ghost Rider, Hulk, Iron Man, and Spider-Man films and the upcoming Andrew Garfield-starring reboot, not to mention the 2012 superhero superfilm The Avengers. Needless to say, there was a ton to discuss and not nearly enough time when Movieline caught up with Arad at Comic-Con right before Sony's Hall H panel for The Amazing Spider-Man.

With decades of comic book adaptations under his belt, Arad is something of the grandfather of modern-day superhero movie, having tried time and again to adapt classic Marvel superheroes for television and film. Somewhere around a decade ago, he happened on the formula for success with Blade (1998) and X-Men (2000), two films that launched the popularization of the genre and taught Arad how to fine-tune his approach as geek culture moved to the fore.

Now, the youth-oriented pursuits that always captivated Arad (toys, games, comics) have become dominant in the pop cultural landscape. Movieline chatted with the gentle-voiced super producer about his toy-making past, his disappointment over the Bratz movie, how X-Men taught him how to handle the sprawling, planned Avengers film franchise, why he connects to Ghost in the Shell but couldn't figure out how to film Akira, and the status of his hunt for a Mass Effect director.

[Shaking hands, Arad marvels at my grip] How are you?

I shook hands with a girl who plays the violin. I couldn't believe it. "Wow," I said. "How did you do that?" She said, "I play the violin." You think about it, you hold your hands like that for an hour, just holding? Good luck.

She must also be fiercely determined to be the kind of person who could hold up her arms for hours and hours.

That's why [Rafael] Nadal's such a good player. Someone had this cruel joke to say, "I think you'll play with the left." And it makes you think of your skill all the time.

It's kind of perfect to speak to you here at Comic-Con, the place where comic books and toys and film and pop culture have collided and become huge.

I'll tell you, I look at it as I'm a grandfather now, so I understand the feeling. I look at the growth of Comic-Con and almost domination of our kind of IP, the genre -- it gives me tremendous satisfaction because it was very hard when we started. People didn't get it. They said, "Comics are for kids!", and the people who did know said, "Well, comics are not for kids." Everyone had a reason why not, and then Blade came around, and wow. I can't believe this movie did so well! That was a long time ago.

Do you consider Blade the turning point in today's popularization of comic book movies?

I think Blade was the first time, yeah. And then X-Men, and even Spider-Man wasn't easy to sell. If you remember, there was a period where Marvel kind of went away quietly. A friend of mine sold it for not a big number to another guy, and I was too young to understand this game. Otherwise, oh man.

You still got on board fairly early, considering. Not only into developing comic books into movies, but video games, toys... How did you know back then that this was the future? What were your instincts?

Well, I started as a toy inventor. That was my first career. I invented a lot of toys -- cars, guns... It's hard to gauge your age, but at one time or another you may have had a Skip-It. So, I invented the Skip-It.

Yes! You invented the Skip-It? You're kidding.

I kid you not.

That gave me hours of enjoyment as a child, so thank you.

I did a lot of cars, but my specialty, the thing I liked the most, were dolls and robots. So I did My Pretty Ballerina, and the one you're definitely know is Rollerblade Baby from Mattel... I did so many dolls, and now I still delve into it because I love it.

You did the Bratz movie as well.

Yeah, the Bratz movie -- oof, we got stuff from the parents, and they didn't even see it! In England it did better than in the U.S.

Why do you think that is?

I believe that because of the lawsuit, I wouldn't be surprised if there was PR activity to tell parents, "Don't go see the Slutz." And kids loved it! They loved it, because we had screenings and so on. I remember Barbie was parents' enemy number one, and that's what made it successful -- that's why Bratz was so successful. So you go from toys to animation, animation to film and so on. It evolved, being a total ADD, it helps to move from subject to subject. Otherwise it would have been challenging. And I love all of it, so it's like, hey -- in the middle of the day if I want to do something about a toy line or have an animated show, it's like I have to keep myself busy.

When you talk about it, you make it sound like the possibilities are endless.

It is! It is literally boundless, endless. I wanted to do a manga, so this year I introduced a manga called The Innocent that's coming out of Yen Press. In France it's already out and doing terrific, and in Japan. It was written in English, translated into Japanese. So I get now, it's a different responsibility when you're CEO of a company plus watching over production with Kevin [Feige] and Ari [Arad]. Basically, the three of us have to control an abundance of superhero movies.

I recently spoke with Christopher Markus and Stephen McFeely about the challenges of integrating their Captain America film into the greater Avengers film plans. How hard is it for you to keep a handle on what will happen in that universe, in film? How do you figure it out when you're sorting out multiple superhero stories which might all have their own sequels, and connecting them into that larger story?

Well, it takes some careful architecture but in its core it's natural. First, the people -- the superpowers, the uniforms, are all metaphors for a lot more than that. But it's a team. A team of people who, maybe some of them believe in the same thing, maybe all believe in the same thing, but they all have different ways of going about it. And then they're human beings, so they compete, they dislike, they get hurt, they fall in love... so as long as the actors feel that they're excited and they have enough to do. X-Men was the best teacher. I love the X-Men, that's still my favorite. This is where you learn how to do group therapy, if you will! That's what the Avengers are. It's a bunch of people who have superpowers, and as we know, powers can bring as much angst as wish-fulfillment. They have to somehow get along to save the world. You'd be amazed how tough it is to get along when you have a bunch of strong people, who each one believes their way is the right way. So it's not as complicated as writing an X-Men.

You mentioned your manga, and I'm curious about another of your projects with Eastern ties. How do you envision Ghost in the Shell translating, perhaps compared to other films like the Akira project?

I think the thing that always attracted me to Ghost in the Shell was that it was universal. Even the characters within it are universal. It's not Western, it's not Asian, it's just characters. The philosophy of, "I think, therefore I am," and where does it stop -- how is technology going to affect us, is that going to be a new society where the have and have-nots are going to suffer again, but this time because I cannot afford the technology? I think it's one of the most amazing books ever. Akira, I couldn't crack it. I tried. I looked at it... I just felt it wasn't a philosophical, worldly issue that is going to haunt us, because we are moving very fast to change our own bodies, our own abilities.

That, to me, is where Ghost in the Shell is, just the philosophy, is scary. If I cyberize my kid and you don't cyberize your kid, they cannot go to the same school. There's no chance. On the plus side -- I don't know if it's a plus side, but -- you can live for a long time. I don't think society is made for that anyhow. I have a 90-year-old dad who is not well, but every time I look at him I think, "90 -- I don't want to be here at 90." So think that I can be here at 110 with all this new stuff... I don't know, how do you provide for that? No one's going to hire people at 110, so what are you going to do? [Laughs] Ghost in the Shell touched on so many social issues, moral issues. Obviously it will always be the big corporation that finds a way to... think about the iPod, which can look back at you and report back.

What's next immediately for you?

One of the things that I'm doing, that I started two years ago, is what I did with comic books to film but with video games to film.

Including the Mass Effect film, which I saw presented at Comic-Con.

Mass Effect is one, Uncharted is another, inFamous...

Video games seem to have more of an uphill battle when it comes to being adapted to film, in that historically they haven't performed very well.

Because they haven't been done right!

Why do you think that is?

There were comic-book movies made before Batman 1 and 2. You had Dick Donner with Superman, and then it went away. Because in the meanwhile, someone made some shitty movies and it ended up killing it. So until now, the video game-to-film business didn't work. There were a couple of them that I was hoping for, but it takes one to break. Today, games are quite cinematic, and they're about something. It's fun, a first person shooter, but if you can find something about the story that is entertaining -- like, Uncharted is just pure entertainment -- and you figure out the way to make it in a different way, I think it's going to be a big hit. Mass Effect is one of the greatest [games]; again, there is a philosophical issue around it -- what brought us here? Is there a God? There are a lot of interesting questions about Mass Effect, and I think moviegoers are ready to get a little serious. It's OK, especially when the fun is still there.

Do you have directors you've already been talking to?

We don't want to do that because we are days away from a script, and the way to get a director is to give them something to read. Otherwise, you cannot interview them -- it's not like, 'Hey, what ice cream do you like?' [Laughs] They have to read it and give us a vision.