WATCH: Richard Gere's Arbitrage co-stars pimp him out for an Oscar nomination! 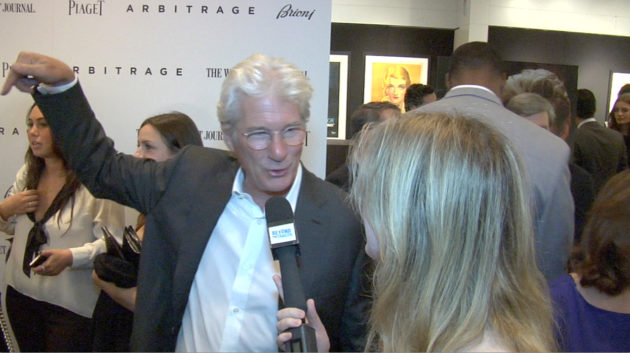 But the Peggy Siegal Company fete was hardly a frivolous bacchanal.  Gere and his fellow stars Susan Sarandon and Brit Marling wondered out-loud why more investment bankers weren't in jail, and writer/director Nicholas Jarecki noted his goal was to turn a "paper crime into a blood crime".

Reporting from the red carpet, I quickly discovered this smart movie is clearly a result of a smart cast - and you can make the same discovery via the video below!

Plus do you catch that clear angling for an Oscar nom for Gere...?  Nice to see his co-stars supporting him so strongly!