The Gatekeepers' Director Dror Moreh: 'Peace Is Possible' In The Mid-East, But 'Israel Lacks Leadership'

The two most chilling films I've seen so far in Toronto are both documentaries:  Dror Moreh's The Gatekeepers and Alex Gibney's Mea Maxima Culpa: Silence in the House of God."  I'll be writing more about Gibney's film in the coming days, but I got a chance to briefly interview Moreh at a dinner Sony Pictures Classics threw at Creme Brasserie in the Yorkville District of Toronto, and I want to share his comments. 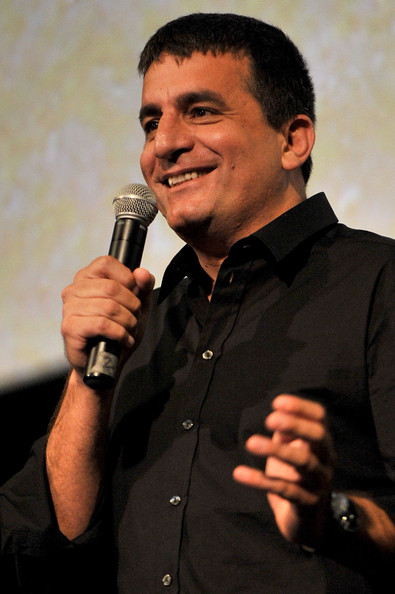 The Gatekeepers is remarkable because Moreh managed to get six former leaders of Israel's security agency Shin Bet to go on camera for the first time and talk about the sometimes very dark things they've done to protect their homeland from terrorism since the Six-Day War of 1967.  The men talk about torture, about cultivating informants and about collateral damage:  the calculations that go into deciding whether to take out a terrorist at the risk of also killing innocents.  They also talk, in very level-headed terms, of the spineless nature of the political leaders to whom they report.

What really resonated with me is that Moreh never loses sight of the fact that, despite the life-and-death decisions these men made over the course of their careers, they are just men. (Indeed, one of the men looked unsettlingly like my father.)  And in addition to pulling the curtain back on what goes into the bloody sausage-making process of Mid-East politics, these former Shin Bet leaders talk quite eloquently about the toll their work took on their psyches and their souls.

What I didn't expect is for the men that Moreh interviewed to agree so readily that peace between the Israelis and the Palestinians is possible, even if they didn't all agree on how it should be accomplished.  It's easy to make the assumption that the men who do the kind of work that these former Shin Bet leaders did are hawks by nature — and committed to maintaining conflict in order to insure that their work remains in demand.

But I left the screening of The Gatekeepers that I saw convinced that these six former Shin Bet leaders wanted an end to the conflict, see it in Israel's grasp and, yet, are disgusted that their superiors are doing little to move in that direction.

At the Sony Pictures Classics party, I asked Moreh why the six former Shin Bet leaders had given him such unprecedented acccess, and he told me: "I think they came because they are concerned like me. They see that Israel is going on a path that can  lead only to a bitter result," he explained. "Each has a different point of view, but they are all worried."

When I asked him if he could see an end to the Israeli-Palestinian conflict, Moreh replied: "Peace is possible.  The problem in Israel is that we lack leadership. Never ever in the history of this country has there been  such a good and understanding leadership on the Palestinian side, and Israel does everything in its power to avoid conversation. Everything," Moreh said with a wince as Pierce Brosnan, Aaron Paul and Zac Efron roamed the crowd.

The Gatekeepers director added: "I’m wondering, when [Israeli Prime Minister] Benjamin Netanyahu says 'two-state solution,' with whom does he want to speak? Does he want to speak with Hamas?  With Iran?   [Former  Prime Minister Yitzhak] Rabin said there’s a small window of opportunity [for peace.] It is closing," Moreh said before adding: "The day that [former Prime Minister Ariel] Sharon got the second stroke," which left him unable to perform his duties and paved the way for Netanyahu's return to the prime minister's eat, "was the worst day in Israel's history after the assassination of Rabin" in 1995.

When I asked Moreh if there was anyone he would like to see lead Israel, he replied: "There is no leadership that I can see now that can do what needs to be done."