Dammit, Jim! I'm A Gamer, Not A Doctor! What Star Trek Teaches Us About Video-Game Tie-Ins

I spent many hours on this game − and regret none of them.

Star Trek  has always been about exploring the universe, finding out most of it wants to kill us — and then trying to do better. Most video games are about exactly the same thing.

It's one reason the multimedia franchise that Gene Roddenberry created in the 1960s has spawned almost as many video games as Mario.  Another is that Star Trek's geek appeal pre-dates the advent of mainstream gaming. Back in 1971, fans were using their keyboards to blow up Klingon warbirds  in a Star Trek text game before the graphics existed to actually depict them. 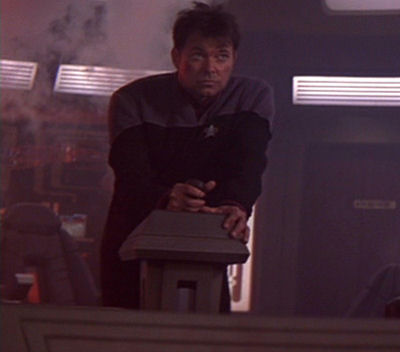 Riker has "fun time" with his joystick.

When that technology did finally emerge, well, no nerd has ever seen the Starship Enterprise without wanting to steer it himself. It's an urge so strong that Paramount, the studio behind the franchise, even incorporated it into one of the Star Trek: The Next Generation movies — no matter how stupid it looked.

That was then. Now, Namco Bandai is pushing the latest Star Trek game, on course for an early 2013 release, and it’s teaching us how the art of video-game tie-ins has changed over the last four decades.

1. The Past: Brand Desecration And Nerd Betrayal: The words Star Trek in the title of a game used to be a guarantee that the experience would suck like a black hole. Game developers didn’t buy the license to craft an immersive and awe-inspiring Starfleet experience. They bought it as a license to steal money from  Trekkies who wanted that kind of game play.  It was just another sad example of nerds getting bullied — made sadder by the fact that these game publishers employed small armies of nerds to build these games and betray their own kind. There was simply no point in wasting money making a good game when, thanks to the Star Trek affiliation, it was essentially guaranteed to sell. 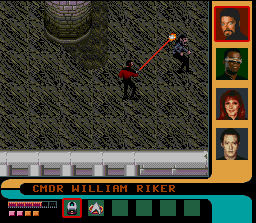 Whereas the Star Trek TV series and movies were celebrated for their ability to turn abstract and thorny scientific, philosophic and moral concepts into gripping stories, early Star Trek video games had the dubious distinction of embodying laziness. The 2001 game Star Trek: Deep Space Nine — Dominion Wars was a strategic starship game with a strategy that could best be described as “Make money as quickly as possible.”  It was literally unplayably bad — not because it was boring but because the code was broken and the game wouldn’t run. The publisher would have been more honest if  it had just sent notes to fans’ houses using letters cut out from magazine and newspaper headlines that said:  “We have your beloved franchise. Send us money. No police.”

The other end of the laziness spectrum was the 1994 game Star Trek: Deep Space — Crossroads of Time, which technically worked but needn’t have bothered. This was a licensed game in the '90s so some readers already know what ‘s wrong: it was a platformer: you were the commander of a deep-space station in a war zone and the game consisted largely of running around the ship's corridors and jumping. The publisher couldn't have missed the potential of the license more than if it had made an Inception game about counting sheep to fall asleep. 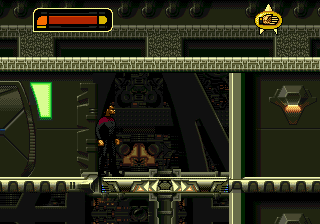 Then again, this would make a fantastic game version of The Office.

2. The Present: Games Are Now a Rightful Part Of The Franchise:  We'd love to claim that games are better because they’re more respected, but let’s be honest: they make truckloads more money now. A popular tie-in is a profit turbocharger, adding a whole new revenue stream to the same source material. Fortunately, some companies are trying to do it right. We still have abysmal cash-ins like Iron Man  — which really should be the best game ever made — but Namco Bandai is pushing its 2013 Star Trek title like a real game that stands on its own, not an accessory to a movie.

This doesn’t just mean better graphics and an actual effort to make a good game, though those aspects certainly help.  It also means getting the game and the Star Trek universe right. In the past, fans were horrified by games getting the most basic facts of the canon flat out wrong, and the entire plot would be written around whichever franchise cast members had time to do voiceovers. Now,  the actors aren't just contracted to appear before the cameras. Their involvement in the film extends to their involvement in the game. And the fans are down with that.

Also, when it came to early Star Trek games, the only “scripting” the game developer cared about was the bit that displayed the Enterprise and did a very, very bad job of playing the theme music. The story was something squatted out by someone who wasn’t busy coding graphics. Now the games get real writing, with a plot properly placed between the two J. J. Abrams movies.

“Captain, the ship has been utterly destroyed. But we’ll have her up and running by next week.”

3.  And Yet...Game Tie-Ins Still Aren't Treated As Equals To Their Cinematic Brethren: They're allowed into the room, but they mustn't disturb anything. This means you’ll play through a plot which isn’t allowed to make anything happen or develop any characters. The first movie stunned longtime fans by detonating the planet Vulcan. The game won’t even be allowed to leave up the seat on the Enterprise’s non-existent toilets. Everything has to end exactly how it started, no matter how many amazing or serious things happen in between. Luckily, the Star Trek series has given fans plenty of practice with that.

4. They’re Also At The Mercy Of Popularity: The downside of big budget is that you have to be mass market, and the Star Trek game is the best and worst example of that. The spirit of Star Trek is exploration, the intelligent investigation of  unexplainable phenomena, diplomatic pressure and moral lessons. But the game will be a third-person cover-shooter because third0-person cover-shooters sell well these days. 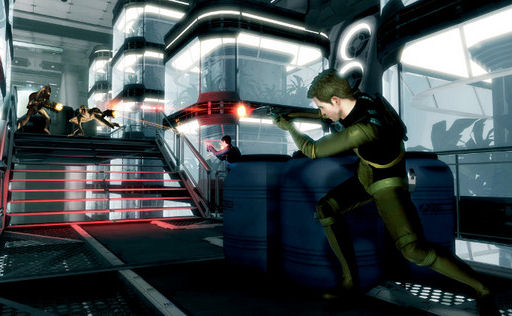 Boldly going where no man has gone before － to take cover like everyone has done before.

That's not Star Trek, that's a Mass Effect of War hybrid with a few new costumes. And they turned the Lancer Chainsaw close-range attack into a Vulcan Nerve Pinch, thereby creating the only time in science fiction where Vulcan Nerve Pinch is the less-badass option. The story looks even worse, with the Gorn attacking en masse.

The Gorn are mentioned in the original Star Trek series, once, as race of lizard-y monsters. Now they've evolved into a whole race of various inhuman-looking enemies that just happen to have the same name — which makes them indistinguishable from the Locust or the Covenant or any other gun-fodder enemy you care to name. They’ll turn up, they’ll be gone by the end of the game, and there will be at least one reference to killing them with diamonds. 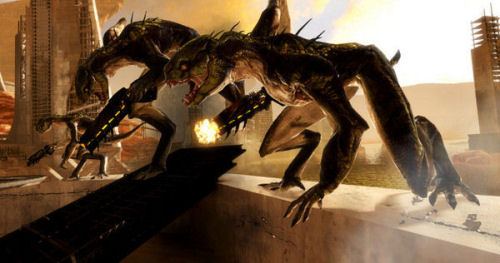 Kirk used to talk to aliens before shooting, if only to learn how to ID the females.

Think about it: you call in a space strike from the Enterprise, which sounds cool until you realize that means you’re not firing it yourself.  This is a Star Trek game where you get to steer a stupid little human instead of a Starship.

Which would you rather control: the most famous starship in history, or some dude in tight sci-fi pants or a space suit?  That should tell you what they think of the player.