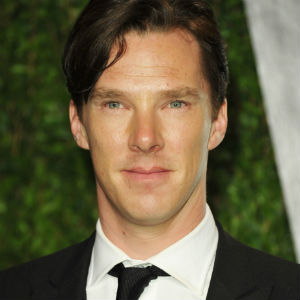 Or is he just effing with us? While doing press for his upcoming Dredd, Karl Urban seemed to let slip the identity of Benedict Cumberbatch's Star Trek 2 character. Was he telling the truth or not? Right now, there is evidence for both sides. First, some background.

1. J.J. Abrams' own origin story is based around his grandfather gifting him with a “Mystery Box.” It is, therefore, wonderfully ironic that he should be the current quarterback of the entire Star Trek franchise, a massive shared universe whose rabid fans are obsessive, meticulous and savvy enough to translate Shakespeare into its made-up language. Excuse me, one of its made-up languages.

As a result, we still don't know the name of the villain in the forthcoming Star Trek sequel.

2. Many years ago it leaked that Alex Kurtzman and Roberto Orci had delivered a script wherein Gary Mitchell – Captain Kirk's Starfleet Academy chum turned ESP-monster from the early Trek episode “Where No Man Has Gone Before” – would be the heavy. I personally heard this from a guy who was inside and had some intel.

3. The rumor goes that Abrams didn't like this script and sent everyone back to the drawing board. A Gary Mitchell storyline in the “new universe” Star Trek comics (that only mouthbreathers like I read) appears, effectively “putting that story to use.” Then we started hearing that Khan Noonien Singh - you know, the guy from KHAAAAAAAN - was going to be the baddie. A casting offer to Benicio Del Toro seemed to confirm this – even though Khan is supposed to be a Sikh, not Hispanic, but only hardcore dweebs like to bring this up.

4. Benedict Cumberbatch (pictured above) is cast. He doesn't look like a genetically enhanced poet-warrior. (But, really, who is to say?) It is accepted by most people that he is playing Khan. Then Simon Pegg says “No Khan.” Fair enough.

5. Now today's news. Karl Urban, in yapping about the upcoming Dredd, lets this slip to SFX:
“[Benedict Cumberbatch's] awesome, he’s a great addition, and I think his Gary Mitchell is going to be exemplary.” Wow, so it was Gary all along? Open and shut, right?

6. Just a few weeks back, Roberto Orci gave a list of Star Trek characters that are NOT in the film. Among them: Gary Mitchell.

Here's the thing. Normally, a gaffe from an actor during a press day is a great way to squeeze info out of someone. They are tired and they can't remember what's already out there and what is being held for strategic marketing reveals. (These are called SMRs in Hollywood.) (No they're not, I just made that up.)

However, I think Urban might be throwing a red herring on purpose. I had the good fortune to shmooze with the guy once – at the very genre-friendly Fantastic Fest in Austin. He was pitching Red, but we got to discussing Star Trek and “The Nrrd Life” in general and he struck me as someone who really got it. If ever there was a guy who'd be so on board to screw with the heads of fanboys, it'd be him.

Luckily, Urban will be moderating the Masters of the Web panel at next week's San Diego Comic-Con, and you can rest assured the online press (our own Jen Yamato among them) will put the screws to him. Personally, I think having Gary Mitchell is cooler than having Khan, but I'd prefer if the Trek brain trust were, you know, boldly going where no man had gone before. In a remake-happy culture, that may be too much to ask for.

Anyway, here's Captain Kirk and Gary Mitchell fighting on Delta Vega. Sally Kellerman and her creepy contact lenses can only look on.