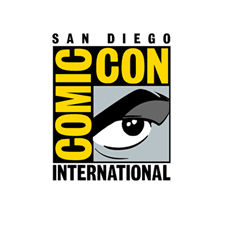 For the past few years I've had the honor of joining the annual Masters of the Web panel at Comic-Con, a confab of journalists and bloggers from the online film community sharing our experiences in web journalism, troll-taming, geek-baiting, etc. This year I'll be returning to the panel, joined by a gaggle of fine web masters and mistresses... along with a special guest moderator: Karl Urban, star of Dredd 3-D. (Hit the jump for a chance to snag tickets to a special just-announced Comic-Con Dredd 3-D screening.)

The panel has hosted a number of celebrity moderators before; inviting filmmakers like Edgar Wright and Bob Orci to turn the tables on the journalists who'd covered their films — and in some cases, panned them outright — made for interesting conversation, and wasn't quite as awkward as you'd imagine. Urban, in town to present footage from Dredd 3-D, will get his turn to grill us at the podium this year. (Maybe he'll wear his Dredd helmet! Can we ask him to do the whole thing in Bones-speak? Oh, the possibilities...)

Dredd 3-D, meanwhile, will be unveiled in a special sneak screening on Wednesday at Comic-Con — and Movieline has five pairs of tickets to give away. Am I bribing you with advance tickets so that you'll come to my panel, even though you're only beholden to the honor system since the panel happens the day after the screening? Yes. Yes, I am. Don't make me regret it. The first five people who comment below, promise to come to the Masters of the Web panel on Thursday at Comic-Con, and lay claim to a pair of VIP tickets, will get them. (Make sure to sign in with your email address and full name.)

But back to the Masters of the Web. The reason I love being a part of this panel every year, aside from the fact that I know each and every one of the folks joining me up there — friends, peers, competitors, karaoke buddies — is that it gives us the rare chance to take the pulse of the online space, from a behind-the-scenes perspective, as representatives of a relatively young community of writers and editors. The online blogging world has evolved so fast in the past decade alone, not only technically speaking but in terms of audience, engagement, ethics, and the significance of online reporting alongside traditional media, that this once-a-year gathering at the geekiest pop culture event of the year has the potential to touch on vital and interesting conversations, for web "masters" and readers alike. To whom are we most accountable? What tools are most useful to us? How do we acknowledge the looming presence and expectations of studios who give us access to their films (or, you know, arrange for special guest moderators and sneak screenings at special events)? Ahem.

Perhaps we'll touch on issues like those in the panel. Or maybe we'll hound Urban for Lord of the Rings stories. Who knows? IT COULD GET CRAZY! Plus, attendees at the panel will receive free movie passes courtesy of panel sponsor AMC. See, guys? You get to peek into our lives and get free movies. Win-win!

4:30-5:30 Masters of the Web— The annual gathering of some of the most prominent and influential film pundits on the web discuss the film industry, writing for film online, film fandom, and a whole lot more. Moderated by star of the new Lionsgate film Dredd, Karl Urban (Star Trek, Lord of the Rings: Return of the King), with special surprise cast members from the film. Panelists include Mike Sampson (ScreenCrush.com), Jen Yamato (MovieLine.com), Mali Elfman (ScreenCrave.com), Erik Davis (Movies.com), Steve "Frosty" Weintraub (Collider.com), Grae Drake (Fandango.com), Jenna Busch (Cocktails with Stan Lee), and Edward Douglas (ComingSoon.net), and hosted by John Campea (AMC Theatres). AMC is generously providing free movies passes to all attendees of the panel this year! Room 24ABC