It seems Ridley Scott gave himself options when it came to some of the effects in his Prometheus saga, which the forthcoming DVD/Blu-ray release (and its reportedly sprawling bonus features menu) should handily reveal for hungry fans. Newly unveiled unused effects shots of a pivotal action scene in the film involving a certain crewmember are so drastically different than what's seen in the theatrical version it actually is making my brain hurt more trying to figure out how this alterna-design would have made any sense.

The character at hand is Fifield, played by Sean Harris, the mohawked geologist who gets mutated by the black goo and then spider-walks his way back to the ship where he zombie-attacks his old crew mates in one of the film's least sense-making sequences.

In the theatrical version, this was one of the first scenes that prompted SO MANY QUESTIONS. Like: Why did the goo mutate Fifield into a hulking undead killer-thingy in the first place? If you recall, Fifield looked like this pre-mutation: 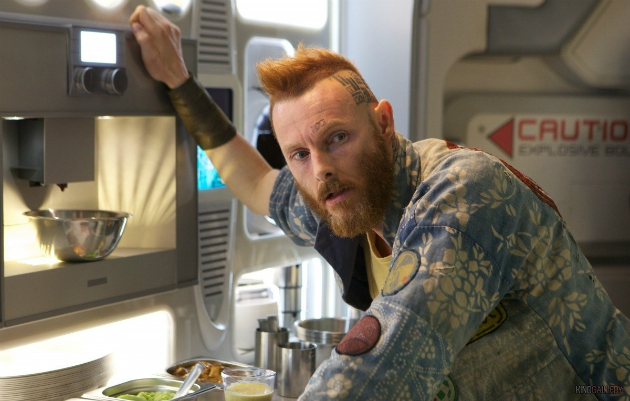 Then post-goo was transformed into this charming look, achieved with practical make-up: 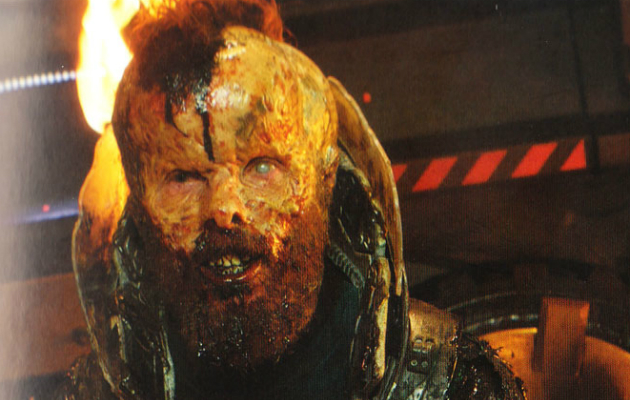 However, new effects images debuted by Cinefex show a CG design that makes Fifield look much more alien. More gelatinous. More Mars Attacks, if you will. 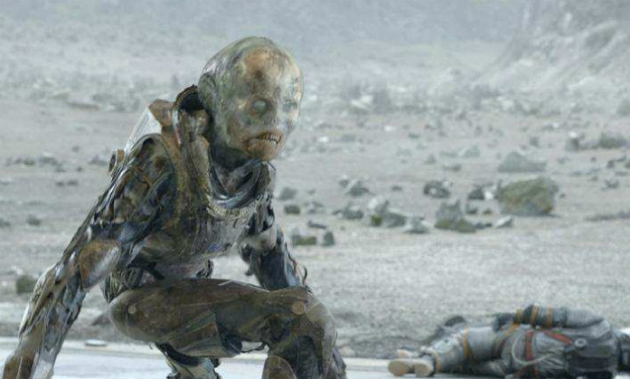 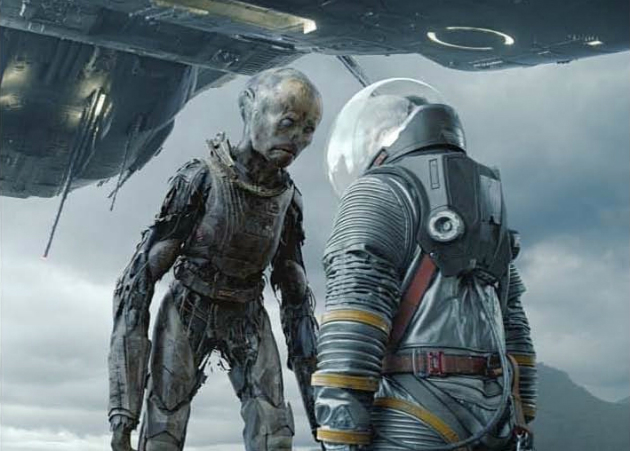 From Cinefex via Bloody Disgusting:

“To mutate Fifield beyond what was possible using practical makeup effects, Weta Digital generated a digital character with elongated limbs and an engorged, transluscent head, incorporating a semblance of Harris’ face. Scott filmed the sequence both with the actor in makeup and without, providing clean plates that would allow for the insertion of the digital character. The final cut featured mostly makeup effects, which Weta enhanced with digital wire removal, bullet hits, and one shot of the digital creature’s body blended to the actor.”

The alternate design is more terrifying in its own way, but doesn't necessarily seem to fit the world of Prometheus. For starters, I'd have had even less of an idea who the heck Fifield-Zombie was during his undead attack if he looked like this. So, good call?

Now, if there's a CG version of Old Guy Pearce out there floating around in the WETA digital trash bins, I'd be curious...