It is Christmas in August when Summit Entertainment releases more photos from the final installment of the Twilight Saga, Breaking Dawn - Part 2.  And it just so happens that one of the photos depicts Bella (Kristen Stewart), Jacob (Taylor Lautner) and Renesmee, the half-vampire progeny of Bella and Edward rocking around the Christmas tree with some, um, traditionally  human appetizers.  Apparently, the half human side of Suri, I mean, Renesmee still digs Ritz crackers and Hershey Christmas Kisses. I'm guessing the summer sausage is for Jacob.  Okay, so enough about the holidays. Let's just get to the pictures, which you can find after the jump. Breaking Dawn Part 2, which reportedly will have at least one big plot surprise that does not follow the book from which its adapted, opens on Nov. 16. 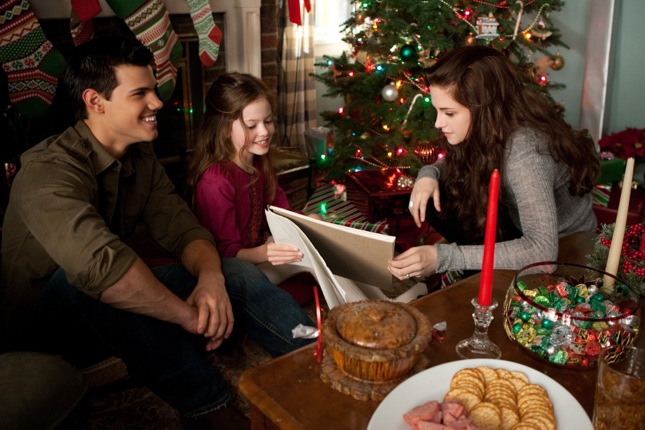 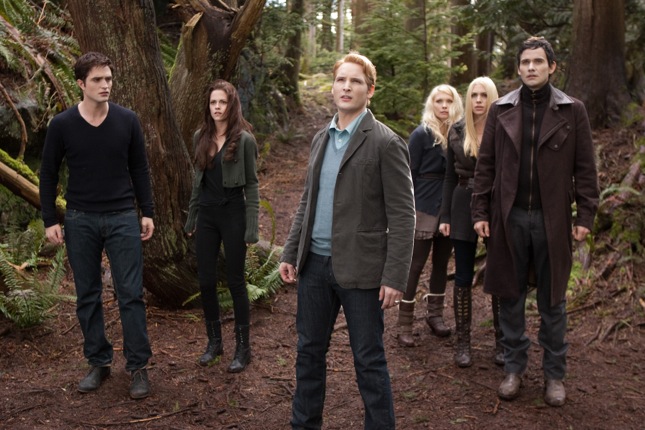 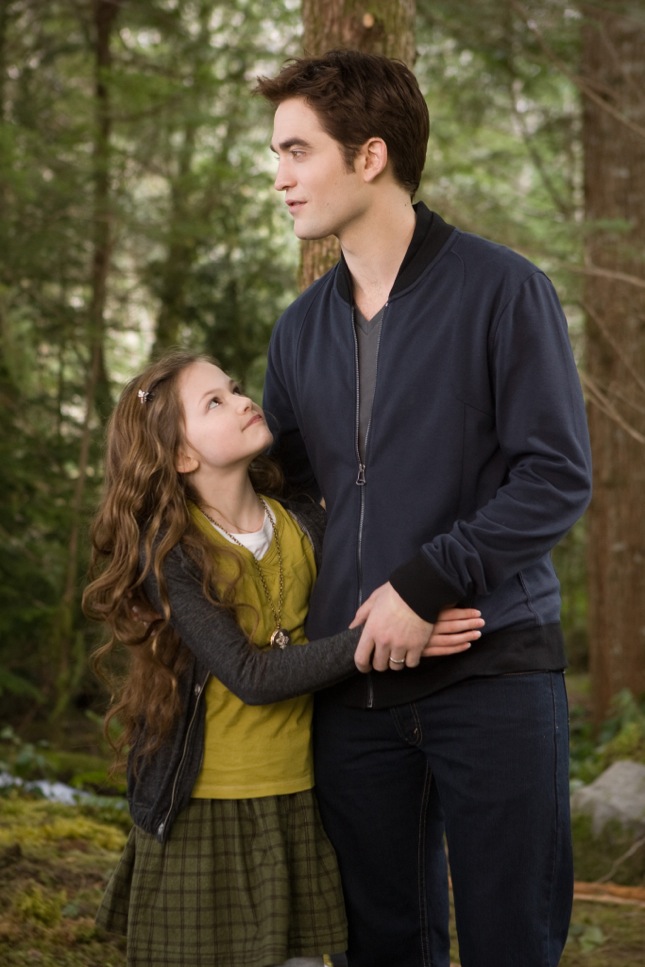 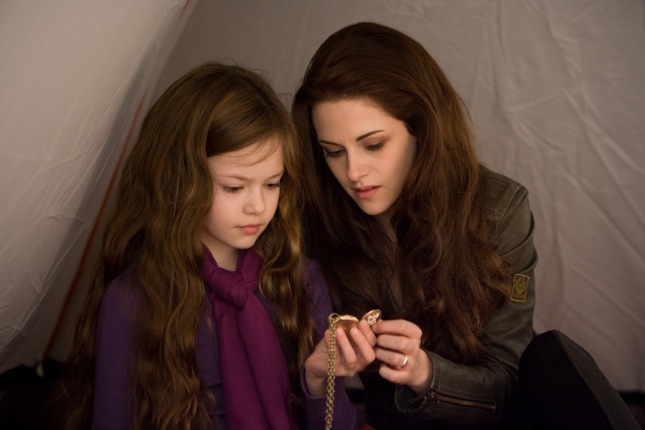 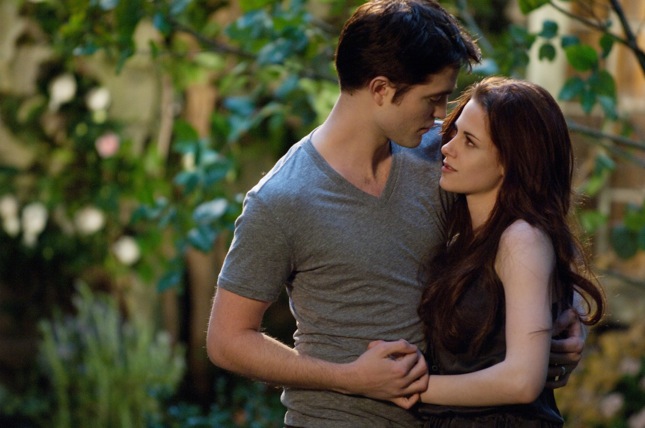 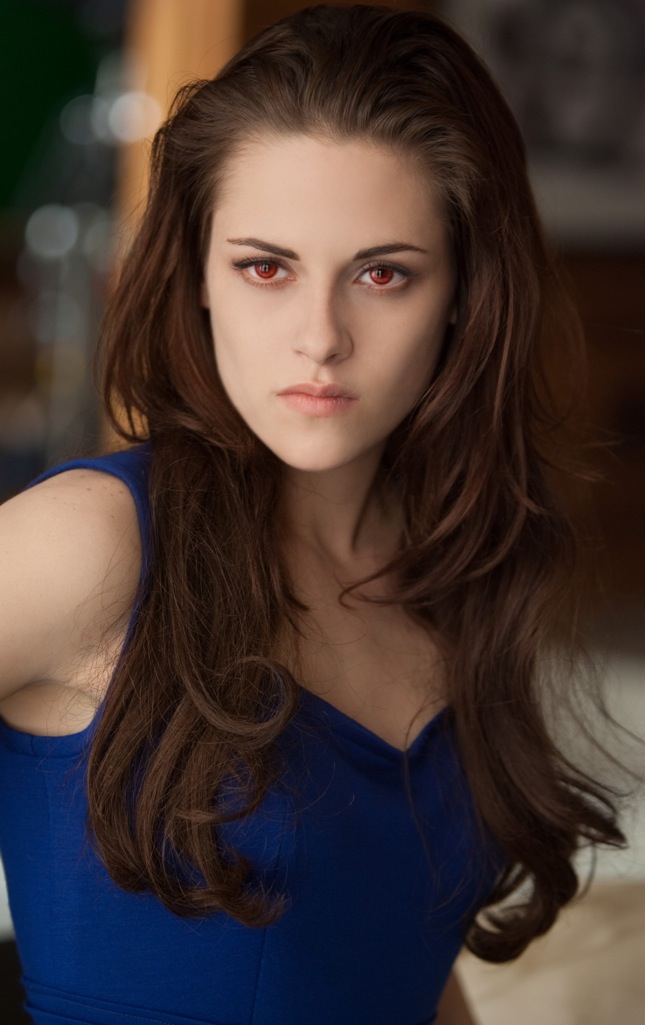 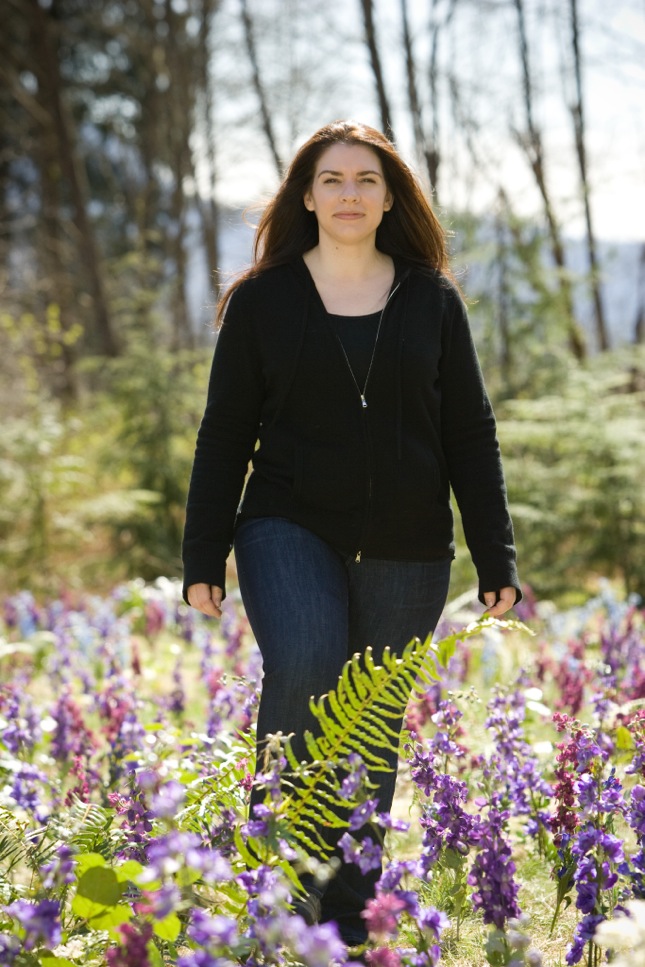