HBO's upcoming original movie The Girl, previewed last week for the Television Critics Association, tells the story of Alfred Hitchcock (Toby Jones) and Tippi Hedren (Sienna Miller) making the films The Birds and Marnie. If you thought this would be a fun story about stepping in bird doodie and making it big in Hollywood, you’re in for a big shock, as Hedren spoke at length about the alleged sexual harassment and abuse she suffered at the hands of the "unusual, genius, and evil" director.

As seen in the trailer for the film, The Girl alleges that not only was Hitchcock a difficult director for whom to work, he was an abusive personality. One scene from The Girl depicts Hitchcock sexually assaulting Hedren in the back of a car. Hedren has given many interviews on her Hitchcock films over the past 50 years; The Girl will expose Hedren's little-known story to HBO audiences this fall.

“People have said, ‘Was he in love with you?’" Hedren said. “No, he wasn't. When you love someone, you treat them well. I think we're dealing with a mind here that is incomprehensible, and I certainly am not capable of discerning what was going through his mind or why. I certainly gave no indication that I would ever be interested in any kind of a relationship with him.” 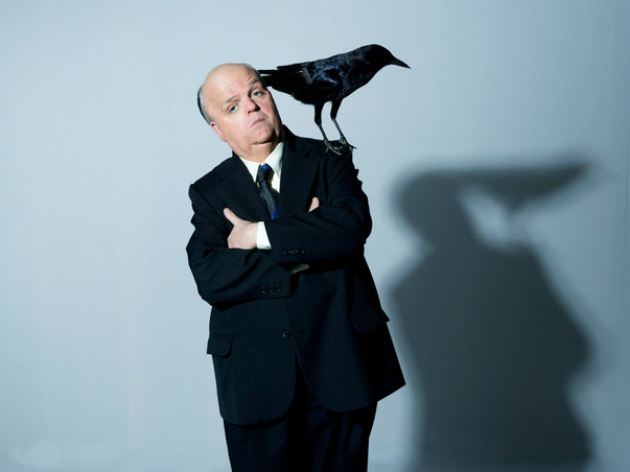 Jones, who wore a prosthetic chin and age makeup to look more like Hitchcock, agreed that the Hitchcock he portrayed was a monster. “Yes, he had a huge disproportionate amount of power over the people who worked for him and with him,” Jones said. “Yes, he was a monster but he was very human in his foibles. There’s a certain pathos to him that is very human. His weaknesses were very human.”

He perhaps offered more of an objective analysis of Hitchcock than Hedren was willing to speculate. “You’re not writing a biography of Hitchcock’s whole personality, but I think that it’s my job as an actor to sympathize with the character and to try and find that,” Jones continued. “I think he’s in control of everything at that point in his life - moviemaking, every aspect of moviemaking. He’s at the height of his fame after Psycho and then there’s something he can’t control, which is this woman who’s exercising some control over him. I’m not sure that he has the internal resources to cope with that and I think that’s something everyone can relate to, the idea of an emotion that begins to have control over you. Because control over such an important issue, you only need to look at his clothes, his uniform, the way he ordered his life, the way it became very systematic the way he operated, to know that control is crucial to him.”

The film seems to play like an abusive marriage. It begins with Hitchcock discovering Hedren, depicted as almost a seduction of an innocent. Once filming begins he puts threatening pressure on her. For a scene in which birds attack Hedren, Hitchcock could have shot minimal takes. As The Girl shows, the scene went on for days, the underlying assumption being that he could make it stop if Hedren would acquiesce to his advances.

Of course, these are all the negative elements of Hitchcock and Hedren's relationship concentrated into a single film, and in this case a two minute trailer at that. “There were times when it was absolutely delightful and wonderful, the times that we spent while he was my drama coach,” Hedren explained. “I hadn't had any acting experience except in commercials. You get a good technical background for that sort of thing. But to break down a script, to delve into how you become another character, the relationship of different characters in the film was something that I didn't know how to do, and of course, it was perfect to have someone as brilliant a genius as Alfred Hitchcock being my drama coach."

"Hitchcock had a charm about him," she continued. "He was very funny at times. He was incredibly brilliant in his field of suspense. I learned so much from that man about motion pictures; how you make a motion picture, so there are things that weren't able to be in the film to say, ‘Why would she stick around for all of this?’ It wasn't a constant barrage of harassment to me. So that is the fault of any film. It can't possibly have everything in it. But if it had been constantly the way we have had to do it in this film, I would have been long gone.”

Miller joined the TCA presentation by phone from London, and shared her experience recreating Hedren’s harrowing scenes in The Birds. “It was difficult during certain scenes, but not merely as difficult as it was for Tippi,” Miller said. “The bird attack scenes took five long days for her and it was about five hours for me. So while I definitely suffered a little bit, it was nowhere near the real thing.” 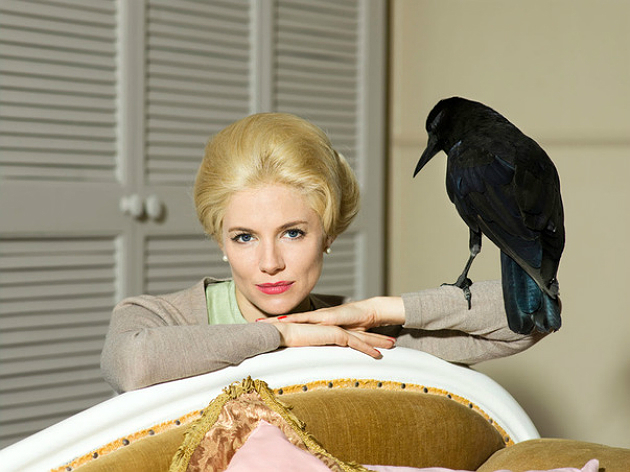 By the time they went on to make Marnie, Hedren was fulfilling a contract and trying to survive. Marnie was never one of Hitchcock’s most popular or acclaimed films, but having shed light on his obsession with the star, The Girl reveals a lot more. Hedren is cast as the title character, a compulsive thief whose new husband forced her to marry him and tries to cure her.

“After having seen this film, it’s pretty fascinating to look at that because it’s pathologically interesting,” Jones said. “I find it to be one of the most interesting among the movies but I don’t think it’s one of the great movies.”

Perhaps the film is Hitchcock’s fantasy for how he would possess Hedren herself. Looking back, Hedren sees something pathetic in his abuse. “I think he was an extremely sad character,” Hedren said. “As I said in the beginning, we are dealing with a brain here that is unusual, genius, and evil, deviant almost to the point of dangerous because of the effect that he can have on people that are totally unsuspecting.”

Hedren’s might not be the only story of Hitchcock’s abuse. She knew of other leading ladies who didn’t get along with him, but back in the ‘50s and ‘60s, actors didn’t talk publicly about their issues with directors.

“As far as I know, Vera Miles had a terrible time with Hitchcock, and she wanted to get out of the contract,” Hedren said. “He didn't let her. She did Psycho, and I believe, if you look at Psycho, there isn't one close up of Vera, not one. After that, she would never even speak about him to anyone. So I think it is common knowledge that Hitchcock had fantasies or whatever you want to call them about his leading ladies. Peggy Robertson, his assistant for so many years, and I remained friends until she died. She at one point said to me that he would have these kind of feelings for his leading ladies, and she said, ‘But he never got over you.’ I don't know if that's a compliment or whatever it's supposed to be, I don't know, but I really don't care either.”

Today it seems shocking that any director could get away with sexual harassment, and have an untarnished reputation for some 50 years after the incident. The studio system of that era was much more secretive.

“I had not talked about this issue with Alfred Hitchcock to anyone because all those years ago, it was still the studio kind of situation,” Hedren said. “Studios were the power and I was at the end of that, and there was absolutely nothing I could do legally whatsoever. There were no laws about this kind of a situation. If this had happened today, I would be a very rich woman.”

Even though there are sexual harassment laws and a wide open public forum for any actor to share her stories in the media, Hedren hopes sharing her story now will protect the next generation of young actors.

“I hope that young women who do see this film know that they do not have to acquiesce to anything that they do not feel is morally right or that they are dissatisfied with or simply wanting to get out of that situation,” Hedren said. “You can have a strength, and you deserve it. I can look at myself in the mirror, and I can be proud. I feel strong. He ruined my career, but he didn't ruin my life.”

The Girl airs in October on HBO.