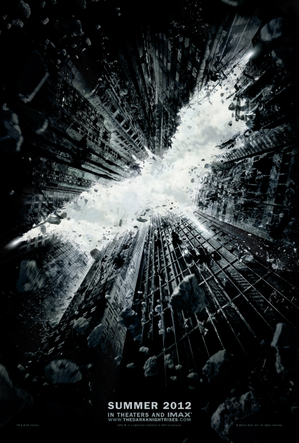 With a number of The Dark Knight Rises midnight screenings sold out across the country, you might be out of luck snagging a coveted opening night ticket at certain theaters. But who's willing to pay as much as $120 for a single TDKR IMAX ticket just to be among the first to catch the Batman outing this summer? ScreenCrush reports on the recent rise in scalped offerings for Christopher Nolan's latest: "Tickets to the midnight IMAX screenings are popping up on eBay and Craigslist for over $100; at times an almost 80% markup...A few 'entrepreneurs' are even selling groups of seats for $500." Silly spending or essential expense? Sound off, Batfans. [ScreenCrush]