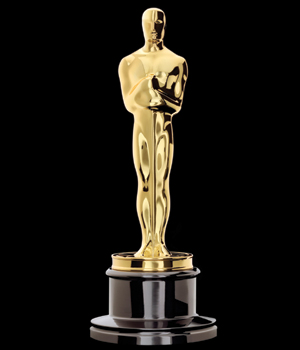 The Oscars are staying put for another 20 years, and before Scarlett Johansson joined the Avengers, another superhero was in line for the feature. Read on for that revelation and more in Tuesday's latest Biz Break.

ARC Entertainment Takes a Knockdown
The distribution and sales company has picked up North American rights to action thriller Knockdown and is planning a June 8 theatrical release. Starring Tom Arnold, the film directed by Todd Bellanca follows the trials and tribulations in the life of an American boxer, whose past follows him halfway across the world.

For Ellen Lands at Tribeca Film
North American rights to 2012 Sundance Film Festival debut For Ellen have been acquired by Tribeca Film, the distribution label under Tribeca Enterprises. The company plans a fall release in select theatrical markets (beginning Sept. 5 at New York’s Film Forum) and will be released via On Demand platforms as well as iTunes, Amazon Watch Instantly, VUDU, Xbox and Samsung Media Hub. Starring Paul Dano, the film centers on a struggling musician takes who fights his estranged wife for custody of their young daughter.

Avengers: Before Scarlett Johansson, There was the Wasp
A female superhero named the Wasp figured into an earlier version of the Avengers, director Joss Whedon told the NY Daily News. Whedon ditched the earlier version, and was even making changes as the effects were being created for the feature's concluding battle.

Mel Gibson Sets Get the Gringo for Pay-TV Release
As previously reported, the 56-year-old actor is bypassing theaters and releasing his latest film on pay-television today. Get the Gringo stars Gibson as a career criminal who ends up in a Mexican prison. It will be available exclusively via DirecTV this month for $9.99 ahead of its DVD release. Bloomberg and the San Francisco Chronicle report.

Fox Searchlight Accepts NBA Wives Pitch
The company has acquired an untitled pitch from Jumping the Broom writer-producer Tracey Edmonds and Basketball Wives star Shaunie O'Neal. Broom co-writer Elizabeth Hunter will write the script about a young woman who goes to Miami after her boyfriend is drafted into the NBA, Variety reports.

10 Labor Docs for May Day
Michael Moore's Roger & Me, Barbara Kopple's American Dream and Harlan County, U.S.A. and Steven Bognar and Julia Reichert's Last Truck: Closing of a GM Plant are among the choices for your May Day viewing pleasure. Check out more on Indiewire.