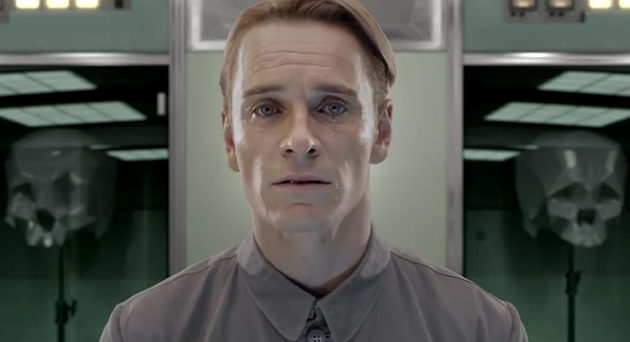 The Prometheus campaign's Guy Pearce TED Talk from the future was pretty clever, but there's an uncanny brilliance to this new viral spot that focuses on Michael Fassbender's android character, David. In a fictional ad for Weyland Corp., "David" outlines the advanced features and tech that make him a perfect robot -- able to assimilate into the human work force, think on his own, and even cry. But something tells me all will not turn out to be muted pastels and obedience and robot smiles once the space poop hits the fan...

Fassbender's ability to play just a shade on the wrong side of human is wonderfully jarring, but the sight of him "emoting" with those two tears rolling down his pre-fab cheeks is the single best thing I've seen in a while. Chilling! Intriguing.

And yet it doesn't seem to give away too much about the still-mysterious Prometheus. What do you make of the viral spot and what it tells us about David?

Prometheus is in theaters June 8.