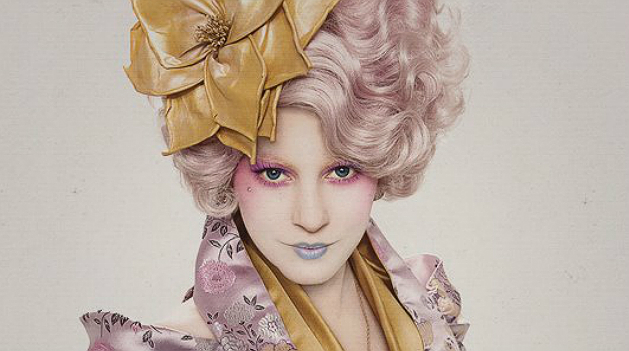 As The Hunger Games' March 23 release fast approaches, Lionsgate is churning out a steady stream of stills and goodies and tie-ins to stoke the fires of fandom and they've put a surprising bit of marketing muscle behind not only star Jennifer Lawrence, but co-star Elizabeth Banks and her supporting character, Effie Trinket. On second thought, maybe that's not so surprising; Effie's strikingly gaudy visual look, representative of image-obsessed Capitol culture in the fictional nation of Panem, offers more in the way of marketing opportunities than Katniss Everdeen's tomboy-turned-teen warrior ensembles.

To wit: Effie, as played by Banks, is the face of the official Hunger Games nail polish line, comprised of different shades representing the districts of Panem. ("The odds are never in favor of homely nails," she preaches on the Hunger Games offshoot site CapitolCouture.pn.) Ironically, Capitol fashions are thought of as ridiculously garish within the Hunger Games world, which explains Banks's clownish getups as Effie, District 12's government-assigned escort. The message gets a bit muddled when Lionsgate and its corporate partners sell "Capitol Couture" to fans with a positive spin to be coveted and replicated, but fans have a soft spot for Effie and the sentiment suggests more of a cosplay vibe than any legitimate espousal of Capitol culture. (Right?)

Anyway, don't be surprised if you see Effie's styles mimicked IRL sooner or later; Halloween 2012 should be rife with Effie-inspired fan fashions, if the franchise's enormous popularity is any indication. Here are a few of Effie's looks to get you started -- she never wears the same makeup with more than one outfit, airbrushes on pink foundation, and wears butterfly-adorned falsies, so we obviously already have that in common. 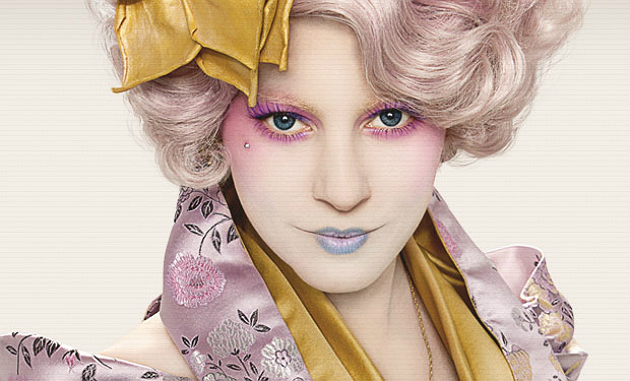 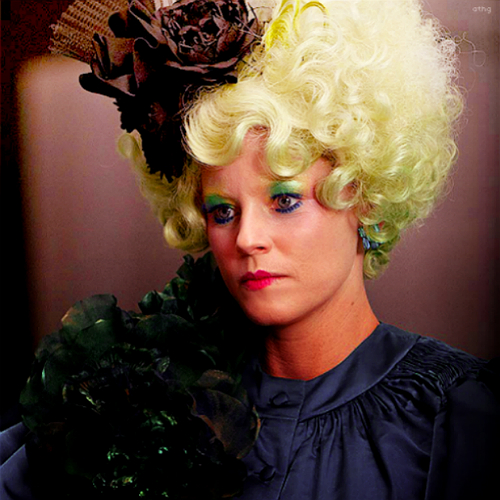 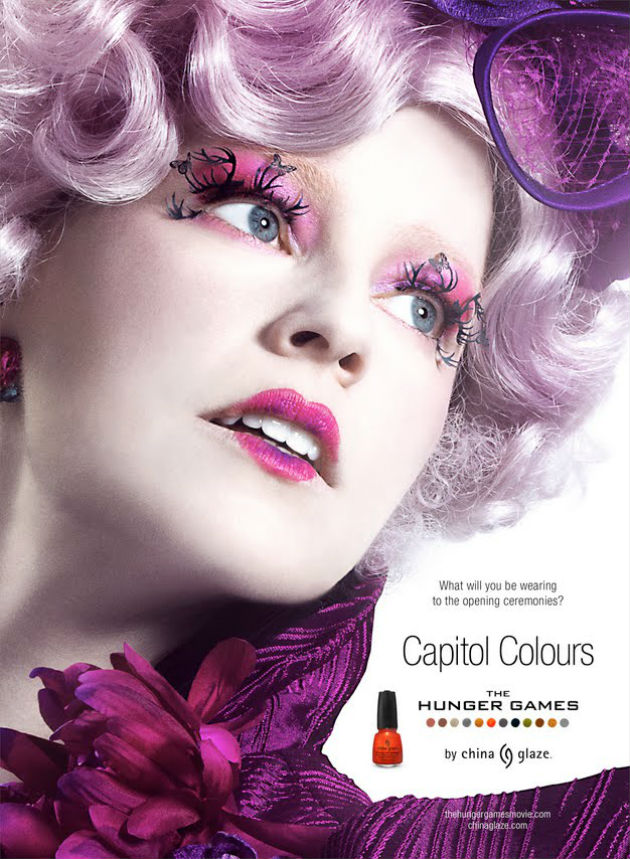