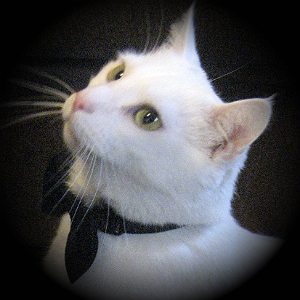 Meet Otis the Oscar Cat, Movieline's resident feline awards prognosticator. Like the majority of Academy members, he's white, male, and owns a black tie; his tastes tend toward the traditional, although he'll bite at the occasional tasty treat. To get an inside line on Sunday's Best Picture winner, we consulted Otis for his Oscar picks -- will the Academy Award go to The Artist, starring that rascally pup Uggie? Or perhaps War Horse, by a nose?

Presented with all nine Best Picture nominees -- The Artist, The Descendants, Extremely Loud and Incredibly Close, The Help, Hugo, Midnight in Paris, Moneyball, Tree of Life, and War Horse -- Otis weighed each film's merits. Treats were involved, but don't we all get a bit peckish when sorting out life's big questions? As he considered the nominees with care and deliberation, Otis went back and forth between his favorites before landing firmly, and with no outside influence, on his ultimate selection. Otis is sure that his peers in the Academy went through a similar process with their vote. 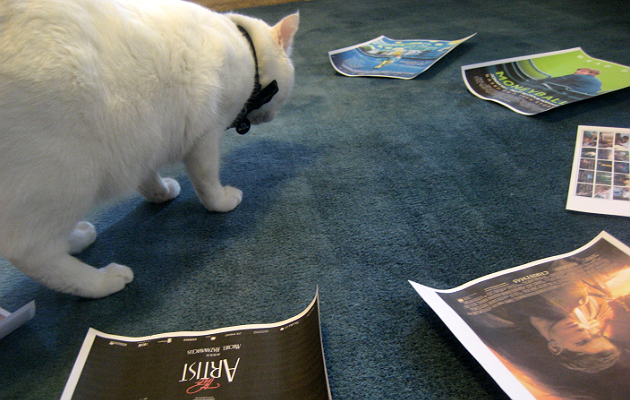 Otis the Oscar Cat considers the field of nominees. 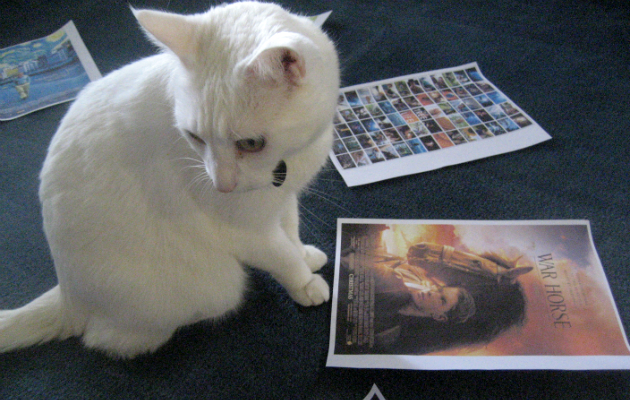 He’s drawn to War Horse, but… 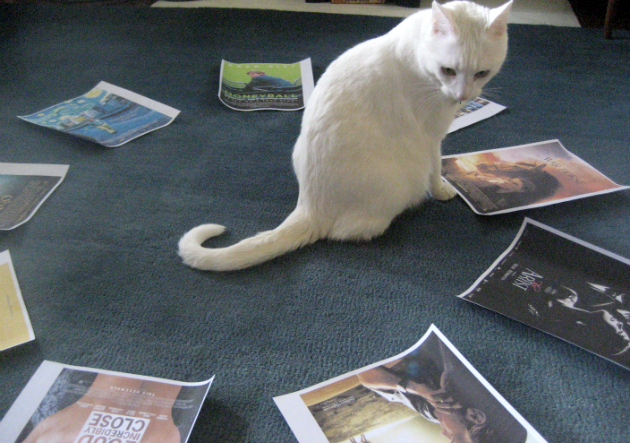 "The Descendants, man. I do so adore Alexander Payne." 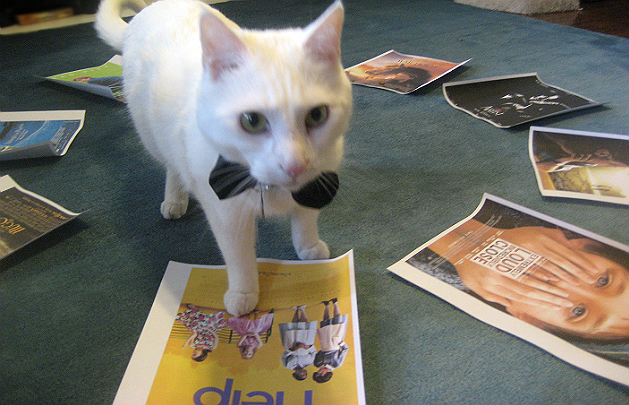 "All the other cats loved The Help; it ruined chocolate pie for me forever." 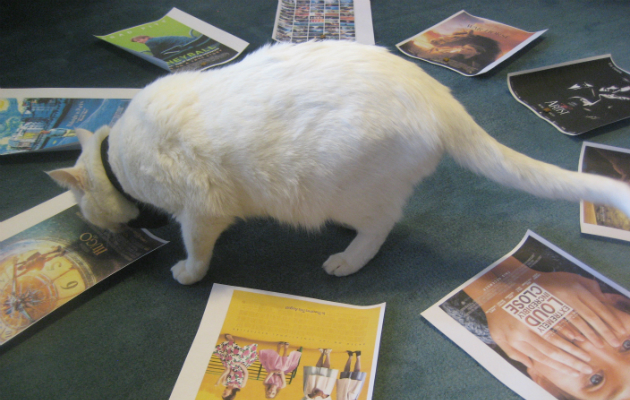 "Hugo took me back to the whimsy of my youth, although those 3-D glasses are so very cumbersome." 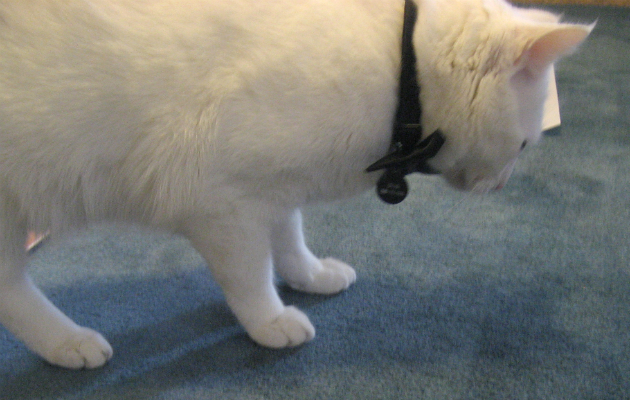 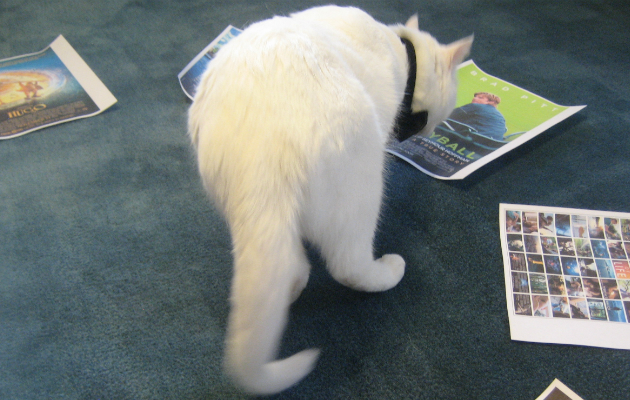 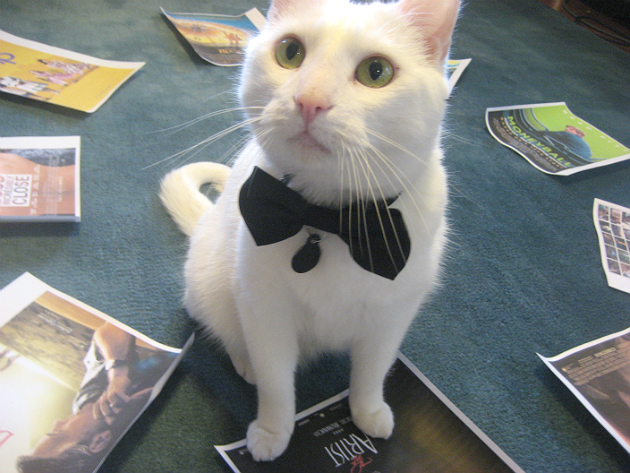 In the end, there is no contest. Otis picks The Artist with two paws up! 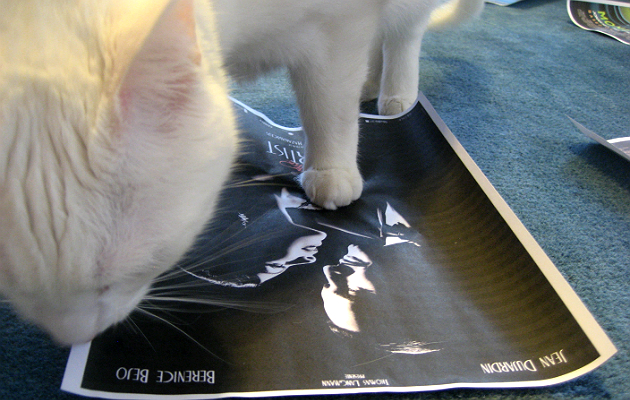 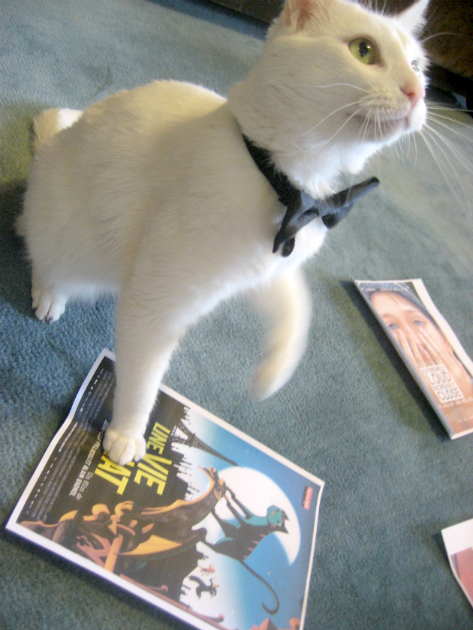 Bonus pick: A Cat in Paris for Best Animated Feature!

And with a beatific stare into the distance and a lock on this year's kitty Oscar pool, Otis the Oscar Cat bids adieu until next year.