Martin Starr on His Sundance Premiere Save the Date and the Party Down Movie: 'There's Nothing Official'

When marriage stops being a given, realistic romantic comedies are born. In Save the Date, sisters Beth (Alison Brie) and Sarah (Lizzy Caplan) are on different relationship paths – one toward marriage, another away from it. Michael Mohan’s film reflects the attitudes of a generation who suffered through their parents’ divorces. Playing Andrew, Beth’s fiance, Martin Starr can identify all too well with that premise by looking at his circle of friends: He’s hit that time in life when everyone’s hearing or tuning out wedding bells.

Don’t mistake his movie for a wedding farce, though. It’s more about twentysomethings figuring out what love actually is. If that’s not relatable enough, the film stars a winning combo of quirky comedy favorites: Starr, unforgettable as Bill Haverchuck on Freaks and Geeks, and Caplan struck comedy gold together in Party Down, and Brie has earned a following via Community and Mad Men. Mark Webber and Geoffrey Arend round out the cast. Save the Date premieres this week in competition at Sundance, and it’s in good company with an embarrassment of (non-dark) comedy riches at this year’s festival including Safety Not Guaranteed (with Aubrey Plaza and Jake Johnson), Smashed (with Megan Mullally and Nick Offerman), and Tim and Eric’s Billion Dollar Movie.

Movieline spoke with Starr about the complexities of putting romantic feelings down on paper, the reverberations of Freaks creator Paul Feig’s own hit wedding comedy Bridesmaids, and Party Down’s rumored journey to the big screen.

In Save the Date, you play one half of a couple headed for marriage, in contrast to your future sister-in-law, who's not into settling down, right?
Yeah, it’s very indicative of that age, I guess. I’m witnessing it now. I have a lot of friends that are getting married and a lot of other friends that are not sure how to handle that that particular phase in their lives. And that’s the question she’s asking herself, like what decisions is she willing to make that guide the next 10 years of her life.

Fewer young people are getting married these days, so it seems true to life. Do you see Save the Date as part of a wave of movies with a new angle on the wedding comedy?
I don’t know that I’ve watched a lot of wedding comedies, so I don’t know if I can speak on the topic.

With things changing so much and societal norms changing, do you think we’ll see more of the other side of marriage, like not wanting to do it?
Yeah, I think those tides are changing, but it also has to do with so many people getting divorced. This is all a product of a lot of people watching their parents get divorced, and probably remarried and divorced again. Everyone’s a little more cautious about what marriage is and what their own personal definition and appreciation for love is. Unless you want to adopt kids, you don’t necessarily have to be married to do anything. There’s no real difference nowadays. I think there’s something beautiful about the celebration of it, but I feel like that’s the extent. There’s something very strange about signing a piece of paper talking about love.

What did you think about the reaction last year to Bridesmaids?
I enjoyed the movie, but I don’t know about anyone else’s reaction to it. I love Kristen Wiig so much. She’s easily my favorite female funny person.

There was a lot of talk about men being willing to see Bridesmaids even though it was a romantic comedy. Do you think more men would be drawn to Save the Date with its subject matter?
They’re different genres. This isn’t an attempt to make Bridesmaids. This is a deeper look at relationships. Bridesmaids was the funniest thing I’ve seen in a long time, and this is more of a character view of specific outlooks and perspectives on love. Most people my age or in their 20s can relate to this particular perspective because most people are confused. They don’t know what love is. It’s like spirituality, it’s something you really have to figure out for yourself.

I know this isn’t an attempt to do Bridesmaids again, but I do think the success of that movie might open a couple of doors for films that have a premise built on a wedding. Do you agree?
I don’t think watching a preview for Save the Date – or STD, as I like to call it because it sounds sexier – I don’t think that there will be too many parallels between the two. I think in a general sense, yes, but as far as what the actual movies consist of, there are not a lot of parallels between the two. 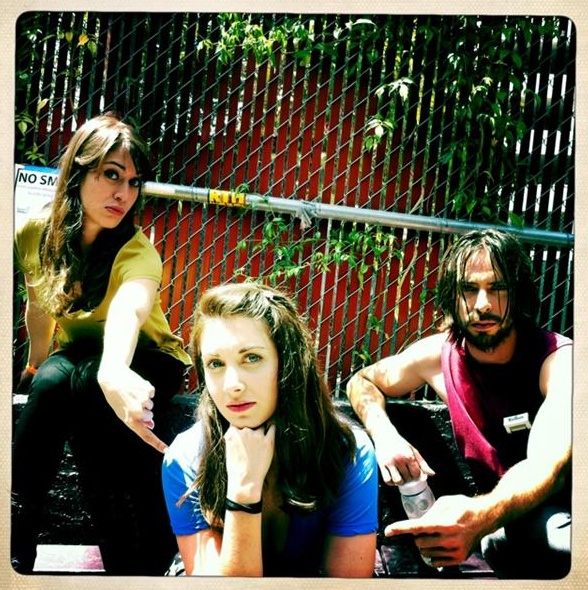 What was the dynamic like on set, working with Lizzy Caplan again and also Alison Brie, who’s another cult TV hero to many?
I don’t know about any of their cult statuses, but I knew everyone except Alison. I’d worked with Mark before and Geoffrey – I don’t know if we’d worked together before, I don’t think we had, but we were friends before for a long time. And Lizzy and I obviously have known each other for a long time. We actually went to second grade together. It was just like hanging out with family. Alison and I quickly got to know each other, and got along great. She became a cult classic in my life!

I don’t know why I said such a corny line like that, but it’ll happen from time to time, so get used to it.

There’s a golden age of TV going on, and a lot of good comedies. Do you think more indie filmmakers are taking on comedies as well?
I don’t know. From my perspective, I like doing comedies. Drama seems so intense. In general when people go to the movies, they want to escape and laugh and smile and walk out of there and have their face hurt because they laughed so hard for two hours. One of the luxuries of my work is I get to be part of making that happen, but I don’t know that it’s the golden age of TV that’s guided that. But I’m also not that up to speed on all the indie films that are being made. I’m living in my own little bubble.

Do you see any common sensibilities between the TV shows and films you’ve been part of?
Oh yeah. There’s a very similar tone. I haven’t really been a part of doing broad comedies, I think. Party Down is probably the broadest, and I think it has a pretty realistic tone. That’s generally where I tend to be. My friends are into that, I’m into that. I like working with my friends, so I keep coming back to it.

Can you tell me anything about the Party Down movie?
There is nothing official. I know that things have gone out that make it seem like it’s official, but there’s nothing official. We all have our fingers crossed and hope that everything works out and that we can get it made. There are small steps being taken that hopefully will lead to people signing contracts and us getting to do something, but at the moment I’m not capable of saying that it’s happening yet.

Have you heard if anybody’s working on a script?
I have heard of the possibility of financiers, but then I don’t know to what degree things are moving forward, or if things are moving forward, but I know that there are talks. Hopefully those talks lead to us getting to make an amazing movie that all seven of us fans can watch. I’m joking; I hope there’s more than seven people out there that like Party Down.

There definitely are. With this movie, and Lizzy’s other Sundance movie with Adam Scott (Bachelorette), there’s a lot of excitement. Any time Party Down people get together, it becomes A Thing.
I hope so. I actually am writing – I don’t know if I should talk about this, but I’ve already started this sentence – I have sold an idea to a little company called ABC (I'm With Stupid), and that idea consists of Ryan Hansen and myself playing friends on it. I’m in the process of writing the script with Justin Adler, and if things go well and ABC likes it, we may actually get to move forward in the process. But nothing could come of it as well.

That’s exciting.
Yeah, I don’t want to get too excited about it. I’ve been holding back my own excitement because I’m always waiting for the other shoe to drop.

Is this the first writing project you’ve done?
No, this is not, but I think this is the first official time I’ve been paid to write in this capacity, but I’ve been writing for the last 10 years maybe? Eight years? Something like that.

I hear you’re on your way to a table read. What’s it for?
Yeah, I have to go to a table read for The New Girl. Lizzy actually went and did a few episodes. Jake Johnson is a good buddy of mine, and I’ve known Zooey for a little while, I guess. And I know Liz and Jake Kasden – he directed the pilot of Freaks and Geeks. I’ve got history over there.