'Pacific Rim' -- Finally! A Trailer That Kicks Some Monster Ass 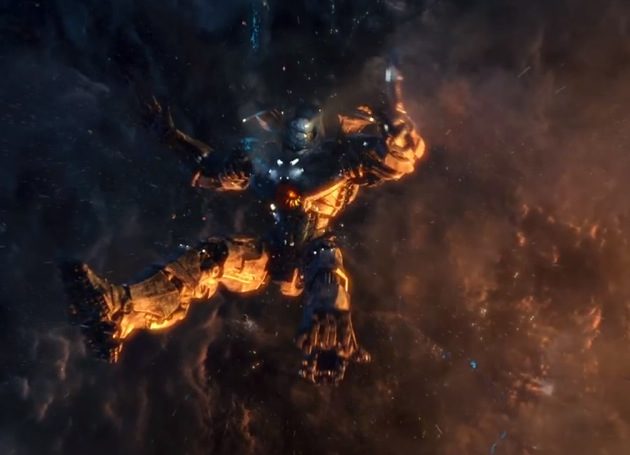 If you follow this site, you know I've expressed quite a bit of skepticism about Guillermo del Toro's upcoming giant-robots-and-monsters movie, Pacific Rim. But that was before I saw this trailer that was unveiled at Wondercon in Las Vegas earlier this month.

This clip answers a lot of lot of FAQs about the plot and how the human pilots operate the Jaeger robots in tandem, although it does make me wonder how they ingest that yellow mind-meld fluid so quickly and keep from bugling it right back into their helmets.

Better yet, this clip finally torques up the dramatic tension to a level more befitting of a movie this ambitious and big. We get more of the human element, in the form of two Charlies — Hunnam & Day — a relatively civil Idris Elba, Rinko Kikuchi and a pimped-out Ron Perlman. And The Kaiju (monsters) finally look fierce and fast, and the scene of the Jaeger collapsing on the beach is a nice dramatic touch, as is the one where the Jaeger takes a tanker upside the head of one of the glowing creatures. "Go Big or Go Extinct" is also a lovely tag line.

'Pacific Rim' TV Spot − Is The Monster Lame Or What?