Light of Day: 'The Canyons' Could Save Lindsay Lohan's Career 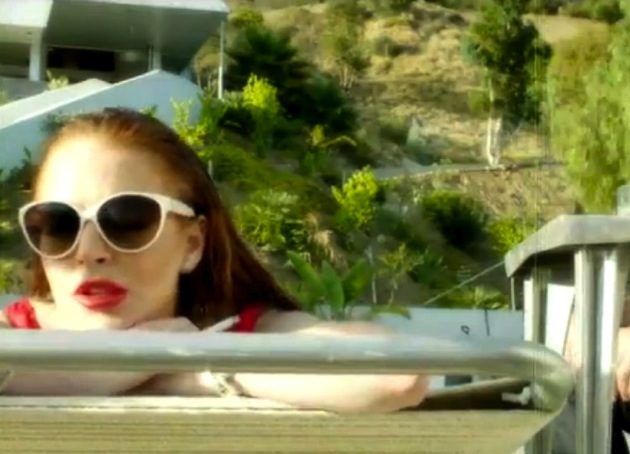 I come to praise Lindsay Lohan, not to bury her.  Yes, you read that right. Just a few months ago, I had declared the 26-year-old actress a lost cause who had swapped a promising career for a rap sheet. And then Paul Schrader let me see The Canyons.

Lindsay Lohan In 'The Canyons': A Career-Saving Role?
Anchoring the movie is a performance by Lohan that should mark the beginning of  the 26-year-old actress's path to professional redemption. Lohan plays Tara, a former struggling model/actress who's made a Faustian bargain for a more comfortable life, and under Schrader's shrewd direction, she gives an acrid, wounded performance that is going to change the minds of quite a few people who have written her off.

"A lot of people are going to be asking, 'What happened to the girl from Parent Trap'?" Schrader told me. "It’s really tough with young performers. By the time they’re 16 or 17, they have been taught that they are perfect and that everything in the world belongs to them. And then about three years later, somebody comes to them and says, ‘Okay, you have to start over again. And nothing you earned before is going to help you.’"

Lohan has endured a lot of misery — much of it self-inflicted — since the giddy heights of her  America's Sweetheart days in Freaky Friday and Mean Girls, and, like Tara, she's made some regrettable compromises, too, but her performance in The Canyons shows that she is really good at using the drama from her life to inform the character she's playing onscreen.  Her performance in The Canyons is more than a reminder that she's got real talent: it's an announcement that she's ready to play complicated women instead of older ingénues.

Paul Schrader Compares Lohan To Ann-Margret
"This is her Ann-Margret Moment," Schrader told me, referring to the 1960s bombshell who graduated from fizzy romantic comedies and musicals by portraying a woman in an abusive relationship in Carnal Knowledge  (and earned an Oscar nomination in the process.) "When we were working, I kept noticing that Lindz was this blowsy, tough girl who, at times looked like Gena Rowlands, who, at times, looked like Ann-Margret and at times looked like Angie Dickinson."

That's quite a compliment from the writer of Taxi Driver, The Last Temptation of Christ and the director of Auto Focus and Affliction (which he also adapted from Russell Banks' novel) — especially since Schrader was reluctant to cast Lohan in the first place and then, as a lengthy piece in The New York Times Sunday Magazine reported, the actress behaved like a diva on the set.

But Schrader's praise is leavened with some tough love: After noting that Lohan has got the the chops and a "mesmerizing" quality that can't be taught in acting school, he adds: "Unfortunately, you also have to have self-discipline. And so, if she can organize her life better, I don't see why she can't have a career. A lot of people want to hire her. It's just that she's not helping them do that."

Is A Career Comeback Out Of The Question For Lindsay?
In other words, it doesn't matter who's rooting for Lohan to make a comeback. It ain't happening unless she gets her act together. And her track record is not exactly encouraging.

As Schrader knows too well, there's also a very loud and distracting contingent of blogosphere voices that envision only failure for Lohan. Their caustic response to Times story, which was snarkily titled Here Is What Happens When You Cast Lindsay Lohan In Your Movie,  almost dashed his attempts to secure a distributor for the picture.

Schrader says the cruelty of the comments leveled at Lohan and his movie surprised him.  "I think that largely because of the Internet, it is now possible to publicly say things that used to be said in bars and locker rooms. We're seeing a manifestation of vindictiveness and a viciousnessa cruelty — that's also become evident in our political rhetoric, by the way — that was not acceptable at an earlier time."

The filmmaker says he feels "vindicated and legal" now that IFC Films has acquired rights to the picture and will release it theatrically and via VOD in the summer.

Lohan could end up feeling vindicated, too. Nothing speaks louder than asses in seats, and if The Canyons finds an audience — and Lohan's new lawyer Mark Heller keeps Lohan from going back to jail — Schrader will have given the actress her last best hope of resuming an acting career worthy of her talents.

The rest is up to Lohan. And I'd like to offer this quote from the America's original Sweetheart, the late Mary Pickford, for inspiration:  "What we call failure is not the falling down but the staying down."

More On Lindsay Lohan & 'The Canyons':