What The Kal-El? The Seriously Weird Superman That Nicolas Cage Almost Played 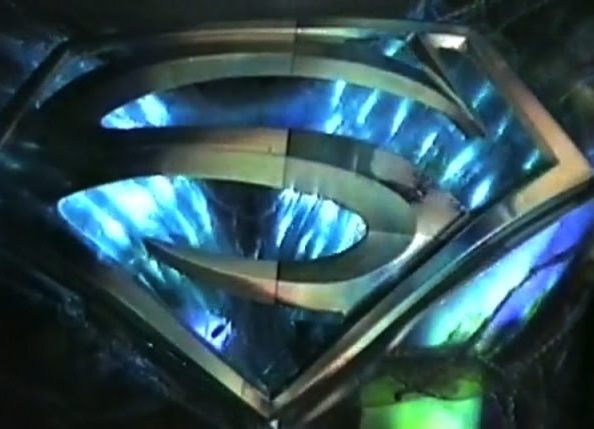 I'd almost forgotten that Nicolas Cage was once slated to star as Superman in the Tim Burton-directed Superman Lives, but now I want to be reminded of every bizarre detail.  With Zack Snyder's Man of Steel looking like it will give Warner's Superman franchise the dramatic heft and substance of Christopher Nolan's Dark Knight trilogy, The Venture Bros. director Jon Schnepp wants to take us back to a much cheesier time in Superman's history with a documentary about what he says could have been "the weirdest Superman movie ever made." 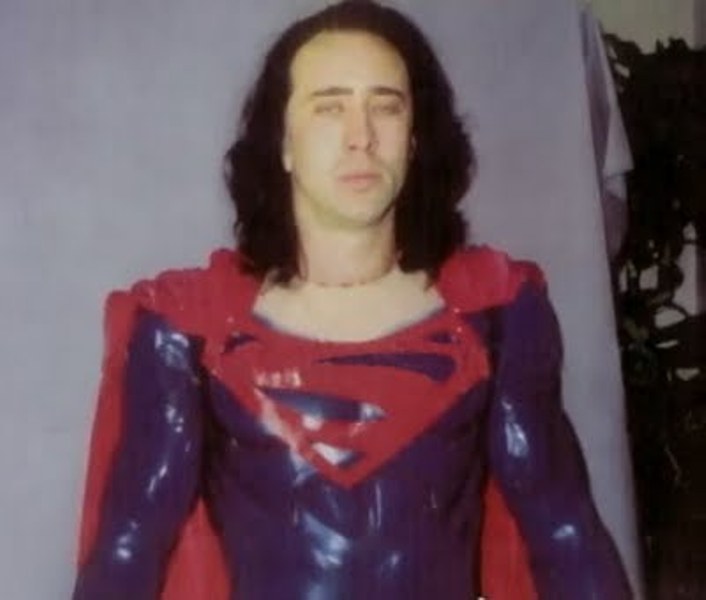 Schnepp, who's also worked on the Adult Swim cartoon Metalocalypse and directed the W is for WTF segment of The ABCs of Death, has launched a Kickstarter campaign to raise $98,000 to shoot a documentary he's calling The Death of "Superman Lives": What Happened?  Back in the late 1990s, Peter Guber and Jon Peters the producers behind Warner Bros. first Batman features, Batman and Batman Returns, came close to shooting Superman Lives,  a movie based on the 1992 DC Comics storyline, The Death of Superman. The movie never happened and, apparently, the moviegoers and comics geeks were robbed of the cinematic equivalent of a Velveeta-filled hot-tub romp.

Schnepp, who's been collecting production art and gathering string on this unmaking-of story for a while now, claims on his Kickstarter pitch page that had the project been made, it "would have stood the test of time and become a bonafide Cult Classic." Certainly, it had an enthusiastic star in Cage, whose Superman love was such that, in 2005, he gave his newborn son Superman's Kryptonian handle, Kal-El, for a name. (God, I hope it's been shortened to just Kal, by now.)

I’ve been interested in this film since it was first announced back in the late 90’s. Nicolas Cage was announced as Superman, Kevin Smith was announced as the Writer, Tim Burton was announced as the Director, and fans have had very heavy opinions, both positive and negative, on all of this. As news slowly bubbled out, news buzzed around about Rainbow Robot Outfits, Brainiac Skull ships, Superman not "flying", Fighting a Giant Spider, Polar Bears guarding the Fortress of Solitude. It all sounded so crazy, so weird, so different, that I honestly was hoping that they would actually make it, just so we would have something different from what had come before. It never happened. Cut to almost 15 years later, and I really wish I could slap that “Superman Lives” disc into my player, and watch this guaranteed weird, strange, and original new take on the mythology of the Superman character. By this time, whether it was a success or failure at the box office, It would have for sure been a cult classic, due mainly to its inspired casting, and its tremendous bravery in it’s attempt to merge toy sales with the weirdness.

Schnepp is also hoping to raise an additional $50,000 for his "stretch goal" : actually shooting some of the key scenes from the Superman Lives scripts. (Wesley Strick, who wrote Martin Scorsese's remake of Cape Fear, was brought in after Smith.)

Below is Schnepp's pitch video, in which he says that the "weirdness level" of Superman Lives "beats any superhero movie ever made." As Larry David might say, that sounds like a pretty, pretty good argument to make this documentary.

And if you're doubting Schnepp, here's a YouTube clip of the  Superman Lives suit, which is a like a rave light show that you wear.