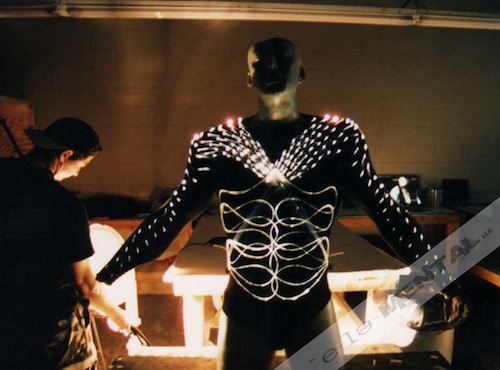 With each discarded storyboard and never-used concept art, I think we as a viewing public realize what kind of horrific bullet we dodged when Tim Burton's Superman reboot died on the operating table. Well, even more evidence of the crazy, Nicolas Cage-starring clusterf*ck that would've been Superman Lives has emerged and it's a doozy. 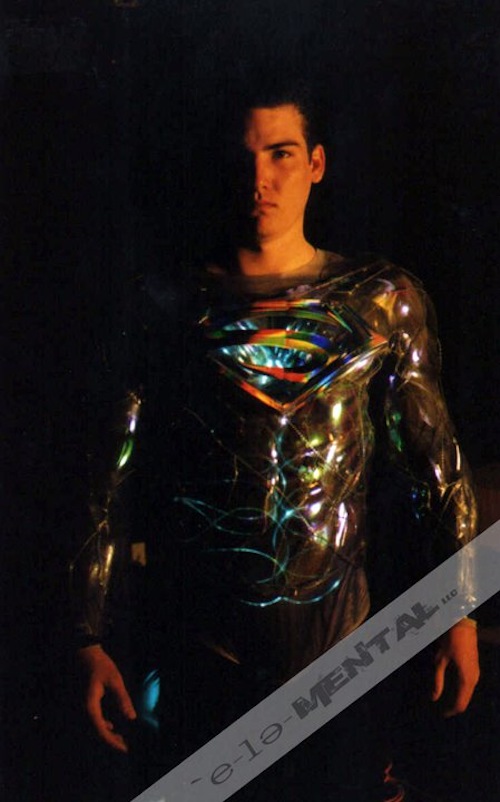 I'm sure there's a semi-compelling plot reason for these various suits, but frankly they all look like they belong on cater-waiters at Elton John's Christmas party. 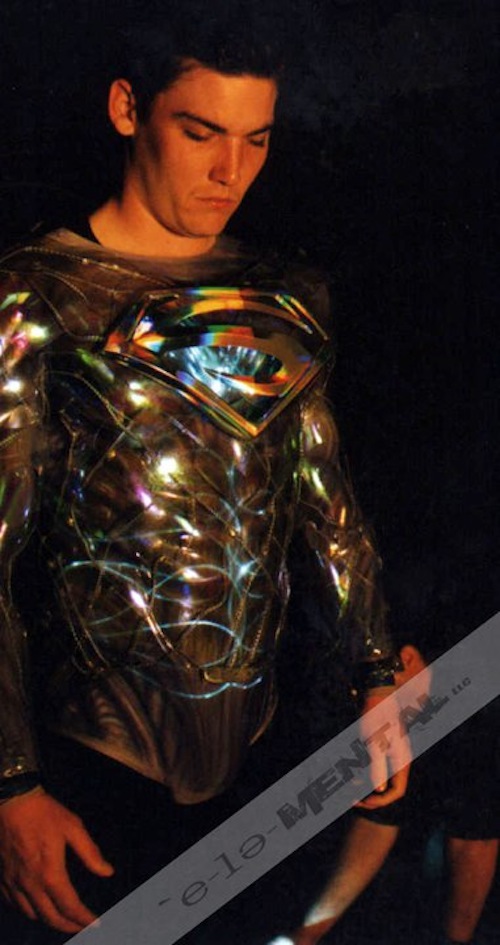