After Golden Globes Win, Is 'Argo' The People's Film? 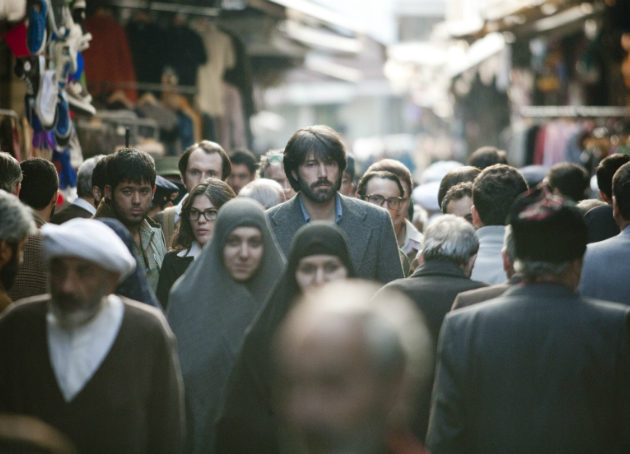 Last night’s Golden Globes cemented Argo as the People’s Film from an awards season stand-point, setting the scrappy underdog to stand toe-to-toe with the monolithic Lincoln. Theoretically, the “People’s Film” would be The Hunger Games, which won Favorite Movie at the People’s Choice Awards, but in the context of the Oscars, the populism is relative to the awards — and none of the elite awards are more populist than the Golden Globes.

The Hollywood Foreign Press Association established the annual Golden Globes as an opportunity to gather Hollywood’s elite, and the awards create the appearance of a competitive event instead of simply another gala. The goal is TV revenue, ostensibly to fund the HFPA’s philanthropic endeavors. The voting is dubious, with a body of less than 100 journalists with a penchant for press junkets that hinge on the interviewee’s charisma and charm. This is why the Globes live up to their reputation of grinning, drunken swagger: they can be loose and fun, because at the end of the day, it’s not about the awards, it’s about the audience.

So the HFPA awarded Argo the title of Best Motion Picture - Drama, as well as giving Ben Affleck the award for Best Director — something he cannot replicate at the Oscars, where he's not nominated for Best Director. But the narrative is shifting in Argo’s direction. The film has always been a contender. With just three directed films and a severe image challenge as a personality, actor-turned-director Affleck has reconfigured himself as a filmmaker who demands respect. The fictionalized true story behind Argo, tying a Middle Eastern thriller to Hollywood in-jokes, was always the sort of smart film audiences could embrace. The box office reflected this, earning more than $111 million in the United States (ignoring a probable post-Globe, pre-Oscar rerelease), which is less than Lincoln to date but still nothing to scoff at for an R-rated political thriller.

Along the way, Argo has quietly been picking up awards from various critics groups. It was one of the AFI Films of the Year and made the National Board of Review’s Top Films list. It won ensemble awards from the Hollywood Film Festival and Palm Springs International Film Festial, took the top prize from the San Diego critics and took 2nd place from the New York critics. This past week, it scored a major win at the Critics’ Choice Awards, taking Best Picture and Best Director on the same day the AMPAS directing wing blocked Affleck out. Like the Globes, the Critics’ Choice flexed the populism muscle, despite the assumed prestige from an umbrella group of critics.

The Critics’ Choice tried something new this year by being broadcast on the CW, awkwardly combining the general intelligence of film critics with the popcorn atmosphere of the network. The organization received flack for poor decisions such as cutting away from the screenplay award (which went to Lincoln's Tony Kushner) and for focusing on less prestigious nominees in favor of name recognition. What all of this amounts to, however, is a critics award that was aiming for Golden Globe-style populism. Argo winning both Critics’ Choice and the Golden Globe for Best Drama has set its tone and changed the popular conversation, commanding awards-watchers to take the film seriously again after losing momentum earlier in the season thanks to the thunder-stealing Zero Dark Thirty.

What remains to be seen are the results of the Screen Actors Guild and the BAFTAs. Argo has received ensemble attention, so SAG’s big award isn’t out of the realm of possibility, but Argo has not received the individual acting attention that Les Miserables, Silver Linings Playbook, or even Lincoln have. This makes SAG the biggest landmark on Argo’s horizon, because a win there would solidify the film’s narrative as the People’s Film, and the one that people want to win it all.

Chime in below with your Oscar musings: With all this populist momentum, does Argo have a shot at Best Picture?

MORE ON THE GOLDEN GLOBES: