'Glee''s Chris Colfer On 'Struck By Lightning': Not Another Teen Orientation Story 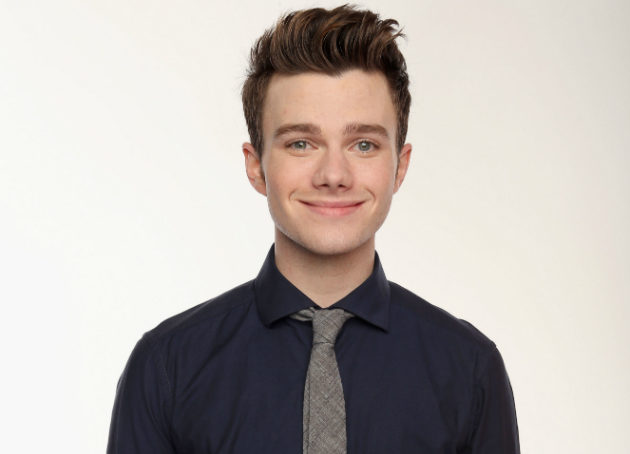 In 2009 Chris Colfer rocketed to stardom as the out and proud Kurt Hummel on Fox's Glee, a role that nabbed him two Emmy nominations, a Golden Globe, and the adoration of legions of fans worldwide. This week the 22-year-old actor, singer, New York Times bestselling author, and screenwriter makes his feature film debut in Struck By Lightning, in which he stars as an ambitious small town teenager killed by a bolt of lightning, a coming-of-age story which he also scripted.

Like Colfer's Glee alter-ego, Struck By Lightning's Carson Phillips is a restless young man with a yearning for what lies beyond the confines of his high school hallways. But the Glee comparisons fade quickly. For starters, there's no singing — just a little blackmail, used by wannabe journalist Carson to coerce his rivals into joining an extracurricular program that's bound to score him points on his college applications. More importantly: Struck By Lightning, a story Colfer first wrote in high school, never acknowledges its hero's sexual orientation.

"I don’t want to do another orientation story!" Colfer exclaimed to Movieline. "I don’t care what it is... I didn’t want an orientation to take away from someone learning the lesson of [Carson's] story."

Colfer spoke with Movieline about his feature acting and writing debut, the real life upbringing in Clovis, CA that inspired Struck By Lightning, his burgeoning literary career, and more. (The film is available On Demand and hits limited release today.)

Struck By Lightning is a project that’s been with you since high school – what was the original seed of the idea that inspired you to write this as your debate project?
Even back then I knew I wanted to screenwrite eventually one day, so I started writing it as a screenplay back then when I was 16, and it was a way to vent about my frustrations with my peers in high school and whatnot. Then I got involved in speech and debate and decided to do it as one of the events there, so I compressed all the events into a ten-minute version and I played all the characters. I think I did pretty well with it – I’m not sure if that was the year I got the big trophy or the smaller trophy, but I did do well with it. Then when I finally got Glee and got into this world I started to pursue it even more.

You based it on your experience growing up in Clovis, CA. What was it like?
Very flat, very conservative, and very strict.

Strict?
Socially strict – they had a very strict dress code, like, guys weren’t allowed to have our hair grow past our ears, things like that. With all due respect to it, because it is my home, I think there is a lot of progress that could be made there – and even people there know there’s a lot of progress that can be made there. But even though the movie takes place in a place called Clover, it wasn’t me pointing at Clovis – it was more like me winking at Clovis, I would say. And it’s much bigger than Clovis is. Clovis is like 100,000 people and it keeps getting bigger and bigger; Clover is supposed to be this tiny, small, podunk town.

How many of the characters of Struck By Lightning did you base on actual peers and friends and people you knew?
Only a few, really. A couple of the characters are combinations of the people I knew but the only character really based to a T was Mallory [played by Rebel Wilson], who was based on my best friend Melissa.

How did she react to seeing how you filtered her personality through your eyes, onscreen?
She knows it was exaggerated heavily and that it was more for Carson having that sidekick like she kind of was for me. But she’s very excited about it – she’s in the movie! She has a cameo, in the scene where I’m arguing with the chemistry teacher and she goes, “I believe in Creationism!” and he goes, “Exhibit A” – that’s her, sitting right in front of me. She’s always been a part of it.

Where did the screenwriting impulse come from?
I’ve always loved storytelling and I think that’s the current-day method to do it. I think that’s the best way to tell stories and ever since I was a little kid I’ve been writing stories. It’s always been something that I had to do.

Which filmmakers most influenced you growing up?
Oh gosh! I don’t know. Honestly, unfortunately, I was always more inspired by the characters in a story that I never thought about the people behind them. I always thought “X-Men,” I never thought “Bryan Singer” or “Stan Lee,” you know? I have my favorite writers that I love, like Diablo Cody, Jennifer Saunders ,Tiny Fey – I love that they can make every line funny. Every line is quotable. And I love Woody Allen.

So you grow up in Clovis, you move to LA, Glee happens, and you realize you have the opportunity to break into film. How did you approach the task of expanding your Struck By Lightning script into a feature film knowing it’s your first film and such a personal project?
A quote that gets out a lot is “Write what you know,” and I definitely knew this character well because I was this character growing up. I felt that it was a very endangered character; every movie is about the same type of person, like a jock with a talent or an aspiring cheerleader trying to be popular. I wanted to know where the stories were for the kids who had dreams and goals and their life was about accomplishing those.

Not the John Hughesian archetypal teenagers – the other kids in the hall?
With all due respect, because there’s no way this movie would have been made without John Hughes making a mark in the industry, yeah – kids like me! I felt like it was almost an ignored genre all these years.

Structurally speaking, why start the movie by killing your protagonist off the bat before we even get to know him?
I don’t know where that came from. That was a choice I made in the beginning and I made it work. It’s funny because I ended up making symbolism out of lightning but just the mental visual image of Carson being killed by a bolt of lightning in the beginning of the movie and the audience going, “What?!” I thought that was hysterical. You open this movie, you don’t even know who this kid is, and boom! I thought that was really funny.

How fun was it to have the opportunity to cast your own movie parents?
Oh, it was great – it was like reverse-adoption, almost. Allison [Janney] was the only person I ever had in my mind to play [Carson’s mother] since day one, and she’s the actress whose voice I had in my head when I was writing it. Dermot [Mulroney] was one of the miracles of the movie; I don’t know if we thought he would ever do it, but a friend of a friend of his said, “You know who’d be great in this? Dermot!” It was that easy.

You’re also now a published author, with a companion book for Struck By Lightning out accompanying the film and a novelization, not to mention your own separate novels. How did your literary career come about?
It was something that I’ve always wanted to do – I started with The Land of Stories, which is a novel that I’ve always wanted to write since I was 8. I came up with the story then and promised myself that I would get it done eventually, and I never tried pursuing it in any form other than a book, because it came to me as a book – this was going to be a book that kids could read and have an intimate journey with these characters. Struck By Lightning, I never thought about turning into a novel until my publishers saw the movie and asked me if I’d ever like to turn this into a novel and I decided ultimately, yes I would. But I think when you’re writing a novel you’re 100 percent responsible for the story. When you do a movie, you have help – you have a director, a cast, people to help you bring what you write to life.

You’ve worked closely with Ryan Murphy on Glee and also read for Dustin Lance Black’s 8; what’s the biggest takeaway you’ve gotten from working with folks like these over the past few years?
With 8, my involvement was very easy – I got a call asking, Would you like to do this? It was an amazing experience and I think what I learned the most from it was I love people’s stories. I love picking people’s brains. So whenever I get to be in a room, whether it’s Polly Bergen or Allison Janney or George Clooney, or Dustin or Ryan, I’m always picking people’s brains. That’s my favorite thing in the world, just hearing about experiences.

There will be inevitable comparisons between Kurt on Glee and Carson in Struck By Lightning; they’re both high school outsiders striving to be heard, although the similarities mostly end there. Knowing people might draw that parallel, was it important or not for you to present a character that was very different from your Glee character?
It’s so funny – people make comparisons that are convenient to the tone of whatever they’re writing, and some people think I made Struck By Lightning only to play a different character and show that I could do something else, but that wasn’t the case. For one, the character’s been with me much longer than Kurt has been with me so I definitely knew who he was before I knew who Kurt was. And had I wanted to do something just to show the world I could do something else, it would have been, like, something on Mars – I wouldn’t have played another high school outcast! [Laughs] It’s ridiculous. But people still like to pigeonhole me into that with their opinions.

Were there certain aspects that you deliberately wanted to emphasize, or avoid, in order to evade those Glee comparisons?
Not necessarily to stay away from Glee but I never wanted to reveal a sexual orientation for Carson. For one, because I don’t want to do another orientation story! I don’t care what it is. That was number one. And number two, I didn’t want an orientation to take away from someone learning the lesson of his story, because in my Glee experience sometimes if you state a character is gay or straight, the other orientation stops listening or stops paying attention, and thinks, “Oh, I can’t relate to them now.” I didn’t want that for this character. I wanted everyone to be able to feel like they could relate to him. I made him very asexual for that reason but also, does every character have to be defined by an orientation? No! I don’t think you miss it in this story. He’s so set on something that you don’t focus on who he wants to sleep with. He wants to get into college! That’s who he is. It doesn’t matter.