INTERVIEW: 'Hobbit' Screenwriter Philippa Boyens Won't Read 'The Silmarillion' Again Because It Will 'Break My Heart' 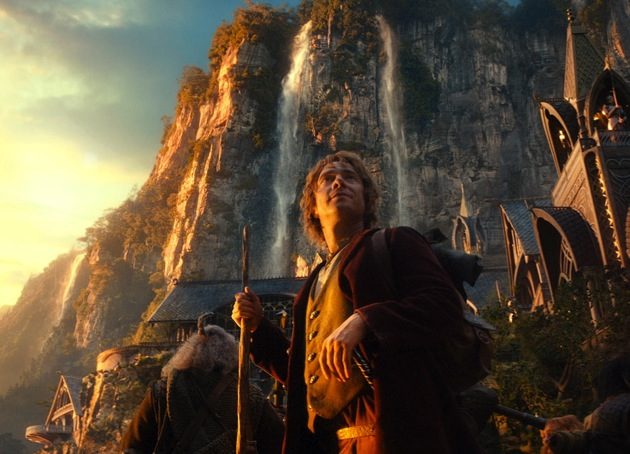 Oscar-winning Lord of the Rings screenwriter Philippa Boyens is back for another romp in J.R.R. Tolkien's Middle Earth playground with The Hobbit: An Unexpected Journey, and she recently sat down with Movieline to talk about the fantasy novel's adaptation to the screen. 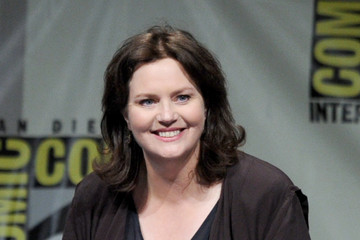 Boyens, who is Hobbit director (and co-writer) Peter Jackson's foremost Tolkien expert — although Stephen Colbert would beg to differ — refers to the Middle Earth creator using the honorific "Professor"  and her reverence and esteem for the author are just about as infectious (in a good way, naturally) as Gollum's "Precious" ring. By the end of the interview, she had us referring to Tolkien as Professor too, as she discussed the changes and adaptations she and her writing partners made to the text, the sad story of Balin the Dwarf, why fans should be very, very excited for 2043, when the copyright runs out on Tolkien's Middle-Earth compendium, The Silmarillion, and more.

From a technical perspective, if you're not going to have Smaug in this movie you need a secondary antagonist. How did you decide on Azog, and what resonance did he provide for you thematically?

You hit the nail on the head because when we were first looking at this as a piece of storytelling, we wanted to get to the dragon. We did try getting to the dragon in one draft, actually. But you had to lose so much along the way. We also understood that the Necromancer is too ephemeral at this moment – too much of a shadowy character that's not fully understood. It's a great mystery story, but there's a big problem because there's no actual, physical enemy. And yet the dwarves had a very natural one and he was to be found. When Peter [Jackson] talks about taking this chance to tell more of the story, that was one of the pieces that we took — that and Moria. It's the story of the great hatred between the orcs and the dwarves, where it came from and what was informing it. And, also, I mean, Azog the Defiler. What a great name! You kind of can't beat that as a name.

Balin is telling the story of Azog and the Battle at Moria at a point in the film. I have to be honest, I half expected him to say –

I must take this back someday if I ever get the chance!

"It will be mine!" It brings up the question of – well, obviously, Tolkien wrote these sequentially. You're going the other way around. The temptation for prequelitis must have been overwhelming at times.

That's a great word. And no. But you do want some level of resonance because you know the truth is we did make Lord of the Rings first. The relationship between Gandalf and Galadriel is something I particularly loved doing. People forget that Cate Blanchett and Ian Mckellen were never in a single scene together except at the very, very end.

Gandalf was fallen by the time the company got to Lothlorien.

Yeah, and I think that moment – kids especially are gonna come to this and [The Hobbit] is going to be their first introduction to Middle Earth and then they will receive the rest of the story as a sequel. And that moment where she says 'Where is Gandalf for I very much desire to speak with him' to the Fellowship and they have to tell her that he died is going to be incredibly powerful. So…yeah, a little bit of prequelitis. Just a smidge. And Balin. Seeing Balin's tomb in Fellowship will have more resonance as well.

And Ori! Little Ori is the one who wrote "drums, drums in the deep: they are coming.'" I think probably because we've done Lord of the Rings it wasn't that hard. We had Gollum. This wasn't Gollum that you meet for the first time. We knew him. We understood how to make that internal conflict he has with Smeagal work. We had Andy Serkis the actor. Why wouldn't you use that? It's the great gift. The fact that Gandalf disappears, we know where he goes and what he's dealing with. It was interesting – a lot of pure Tolkien fans loved in Lord of the Rings that, instead of a piece of reportage, we actually followed Gandalf to Isengard. And [showed his] one-on-one with Saruman instead of merely having Gandalf tell everybody what he's been up to at the Council of Elrond. We got to see it, and we get to do the same thing this time as he goes to Dol Godur.

Tags: lord of the rings, Philippa Boyens, The Hobbit: An Unexpected Journey, The Silmarillion