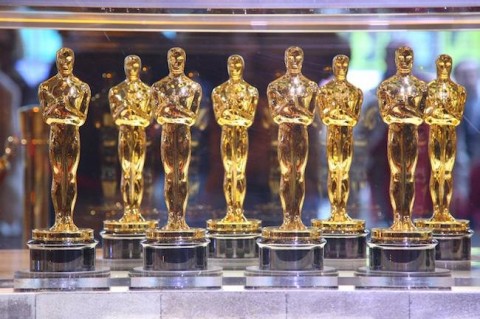 Prognosticators have maybe five (or even as few as two) possible Oscar winners, and most lists of ten (or so) have many of the same titles though perhaps in various orders. But folks, the nominations have yet to come in and the Academy made that clear today with its list of 282 feature films for 2012 that are eligible for Best Picture.

Rules are rules and the Academy of Motion Picture Arts and Sciences officially considers a feature film that played in a commercial motion picture theater in Los Angeles County by midnight, December 31 and begin a minimum seven consecutive day run.

Under Academy rules, a feature-length motion picture must have a running time of more than 40 minutes and must have been exhibited theatrically on 35mm or 70mm film, or in a qualifying digital format. Feature films that receive their first public exhibition or distribution in any manner other than as a theatrical motion picture release are not eligible for Academy Awards in any category.

Diary of a Wimpy Kid Dog Days to Django Unchained; The First Time to Flight; Madagascar 3: Europe's Most Wanted to Magic Mike; 17 Girls to The Sessions… They're all on the official list, so don't count out the non-elite not making Awards headlines.

The 85th Academy Awards nominations will be announced live on Thursday, January 10, 2013, at 5:30 a.m. PT in the Academy’s Samuel Goldwyn Theater.

Academy Awards for outstanding film achievements of 2012 will be presented on Sunday, February 24, 2013