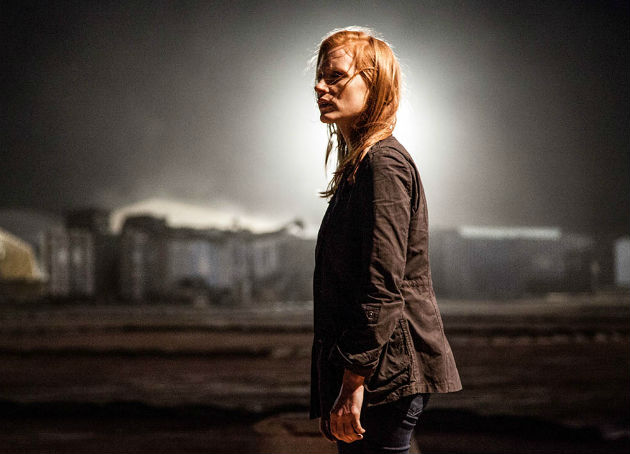 The Oscar Index’s head is spinning. What critics organization didn’t announce their nominees or award-winners this week? On Thursday it was the Golden Globes, on Wednesday the SAGs, and Monday the AFI and BFCA. The Boston, Detroit, Las Vegas, Los Angeles, Phoenix, San Diego, St. Louis and Washington critics associations also weighed in with their picks.

But critics don’t vote for the Academy Awards, so much of this will have little bearing on who will be nominated for an Academy Award; not Lincoln’s seven Golden Globe nominations, not Dwight Henry’s Best Supporting Actor win from the Los Angeles Film Critics Association for Beasts of the Southern Wild, and not the Washington D.C. Film Critics Association’s pick of Zero Dark Thirty as the year’s best film.

By splitting its acting categories into drama and musical-comedy, the Golden Globes muddle the view of the fields, but they do afford some Oscar dark-horses like Richard Gere some necessary exposure to keep their chances alive. Meanwhile, the Screen Actors Guild Awards do matter as an Oscar precursor, as do perhaps some preemptive strikes at a probable Oscar frontrunner.

But how big a target is Zero Dark Thirty? We got a pretty good idea this week. Let’s go to the Gold Lining Playbook. 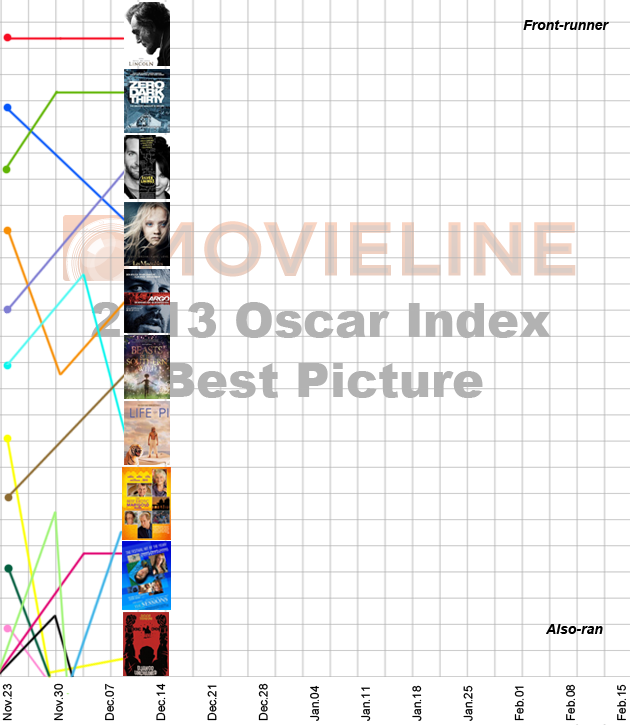 Zero Dark Thirty might have sustained some damage this week in the wake of several newspaper pieces that charge the film with being pro-torture and questioning the character of the real-life inspiration for the CIA analyst portrayed in the film by Jessica Chastain. A New York Times Op-Ed piece provocatively opened, “I’m betting that Dick Cheney will love the new movie Zero Dark Thirty,” Greg Miller in the Washington Post wrote that the real-life operative, who remains undercover, “was passed over for a promotion that many in the CIA thought would be impossible to withhold from some who played such a key role in one of the most successful operations in agency history.” A New Yorker profile of director Kathryn Bigelow questions whether the film’s waterboarding scene takes dramatic liberties with the true story.

The timing of these stories is suspect. If past Oscar campaigning has taught us anything, one has to ask at this early stage: Just how far will Harvey Weinstein go to win Oscars for Silver Linings Playbook? which did receive a Screen Actor’s Guild’s ensemble nomination, a Best Picture equivalent.

Best Exotic Marigold Hotel’s SAG ensemble nomination could boost the film’s chances for a Best Picture nomination. Its distinguished British cast (classy) and pure escapism would seem irresistible to the typical Oscar voter, which the Los Angeles Times last year found was 94 percent Caucasian and a median age of 62.

The Dark Knight Rises and so perhaps its Best Picture hopes after being named among the year’s 10 best films by the American Film Institute. Amends for The Dark Knight?

That The Master was not noticed by the SAG for its powerhouse ensemble is testament to the once presumed frontrunner’s fading buzz, while the omission of the critically praised Beasts of the Southern Wild was due to its SAG ineligibility.

Likewise, the shutout of Quentin Tarantino’s wildly anticipated Django Unchained might be a simple matter of screeners not being available in time for voters, theorizes Awards Daily’s Sasha Stone. And with its five Golden Globe nominations, including Best Picture, Django could join the Oscar Best Picture race.

Ones to watch: The Dark Knight Rises, The Impossible, The Master, Moonrise Kingdom, Skyfall 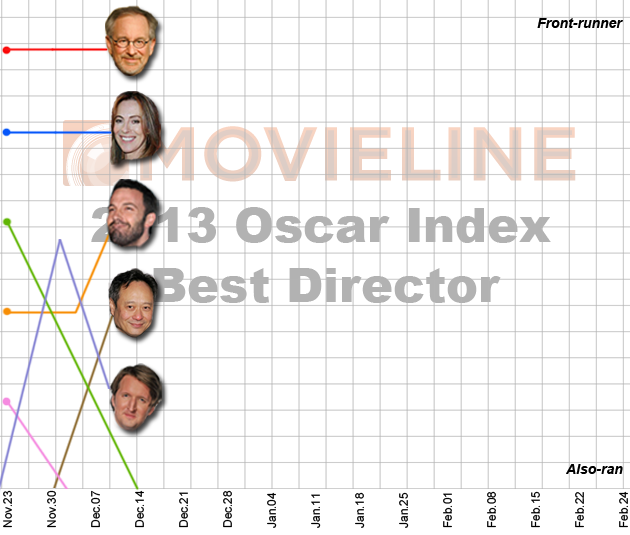 It’s doubtful that the potshots at Zero Dark Thirty will be enough to keep Bigelow out of the running. The director and screenwriter Mark Boal returned fire against agenda-driven critics. "This movie has been and will continue to be put in political boxes," Boal told The Wrap this week. "Before we even wrote it, some people said it was an Obama campaign commercial, which was preposterous. And now it's pro-torture, which is preposterous.” That leaves a slot for David O’Russell, Ang Lee, or late entrant Quentin Tarantino, who received his inevitable Golden Globe nomination Thursday. Pundits still give Lee an edge. The Golden Globes' surprise snub of Tom Hooper is another indication that this field is anything but set. The Director’s Guild nominations, a reliable Oscar precursor, will be announced on Jan. 8, two days prior to the Academy.