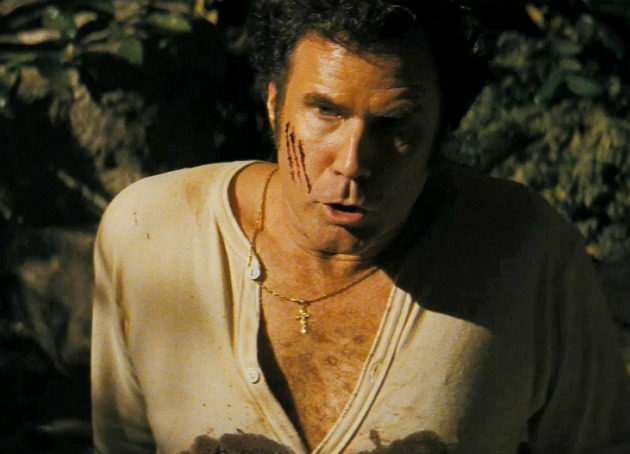 By now you know that the list of songs eligible to be nominated for Best Original Song at the 85th Academy Awards is kind of mind-blowing. Not so mind-blowing is the generally risk-averse bent of the average Academy voter, which is why we should probably just send congratulations now to Brave, Les Miserables, and Adele, resting easy one of them will actually be the right recipient.

But maybe not! Yeah, we all agree that Skyfall is the best thing to happen to our ears since the invention of the lobe massage, but does the winner have to be that obvious? Every now and then something crazy slips through the filter, like Elliot Smith in 1998, or Glen Hansard and Marketa Irglova ten years later. Really, there's so much about the list that is pure, wonderful bonkersness and they would all shake things up more than accidentally slurring a huge chunk of your audience and getting fired from Oscars-production duties. If we had our way, one of these cuts below would send its songwriter home with a clunky golden statue.

Dios mio! The title track from the criminally underrated Will Ferrell comedy accurately nails tone of 1970s theme songs, a perfect fit for the film's lightly mocking telenovella/grindhouse vibe. The only problem is that the other two songs from Casa that made this list, 'Del Cielo' and 'Yo No Se', are just as good. Let's just make a mashup and get them all through.

We don't know why Rick Ross wants a honey baked muffin so much, or what that has to do with the title of this song (Kidding! Now try not hearing "I want a honey baked muffin" whenever you listen to the song), but this track from Django Unchained accomplishes the unlikely task of making Mr. Ross' rapping bearable, (production and beats by Jamie Foxx help.) It would be awesome if the Teflon Don manages to win the same number of Oscars as Martin Scorsese, just like Three Six Mafia back in 2006.

* "Ladies of Tampa" from Magic Mike

Thank you, Magic Mike for making it possible for the world to once again rejoice in the sleazy musk that exudes from Matthew McConaughey like light from the tarnished halo of a fallen angel. This creepy ballad from late in the film should be required listening for anyone wondering if they have what it takes to strip for a living. You don't. Period. McConaughey has that shit covered for life, as proven by this obviously Oscar-caliber track.

* "Razors Out" from The Raid

I hate myself for loving this song, because it kind of drips with over-processed drums and emo singing and oh god no it's written by Linkin Park frontman Mike Shinoda. But then I remember that it's really put to amazing use in The Raid, and since The Raid isn't likely to get noticed even though it should be your current favorite movie, this song's worthiness for the Oscar is self evident. So please, Academy voters, please let Sony Pictures Classics and Stage 6 Films slap a “nominated for an Academy Award” sticker on the The Raid Blu-ray.

“The Baddest Man Alive” from The Man With The Iron Fists

The Rza's directoral debut might have suffered from being cut to shreds in the editing process, but the soundtrack is everything that makes us still weak in the knees at the thought of a Wu-Tang Clan reunion. Thus, "The Baddest Man Alive" is also the baddest track on this list. An Oscar nomination for this instant classic won't make up for the death of Ol' Dirty Bastard, but it definitely makes up for a Crash Best Picture win.

Do you have your own dark horse favorites from the Best Song contenders list? Leave 'em in the comments.