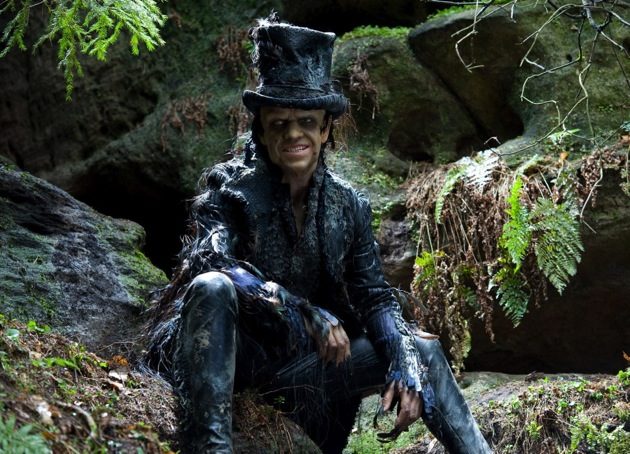 Here's an easy formula to get attention for your Worst Movies of 2012 list. Take the unfathomable big-budget box-office failure that's likely to top a lot of these year-end thumbsuckers — and make it number two. Next, single out an ambitious film by a trio of filmmakers with a passionate following. Put it at the top (or is it the bottom?) of your list and wait for their fans to scream. That's what Time magazine, in the role of media Old Georgie,  has done with its "Top 10 Worst Films" list for the year.  Writer Mary Pols chose the Wachowskis and Tom Tykwer's collaboration Cloud Atlas as the year's stinkiest over Disney's bomb John Carter.

Before I explain, take a look at Pols' entire list:

10. One For The Money
9. The Odd Life Of Timothy Green
8. What To Expect When You're Expecting
7. Alex Cross
6. The Lorax
5. This Means War
4. Abraham Lincoln: Vampire Hunter
3. Hyde Park on Hudson
2. John Carter
1. Cloud Atlas

Most of those movies are largely formulaic and, in some cases, cynical attempts to put asses in seats. They should be on the list, particularly the aptly named One For The Money and What to Expect When Your Expecting, which would have tied for worst movie had I been doing the ranking. (Even though Jennifer Lopez is the mother of twins in real life, I cannot summon the suspension of disbelief to buy her as a parent in the movies.)

Yes, Cloud Atlas is an unwieldy, problematic movie that could have used a good streamlining in terms of the sheer number of  stories that were adapted from David Mitchell's novel, but a film this ambitious — and unabashedly spiritual at its core — does not deserve to be on a list of the year's worst. Movieline's chief critic Alison Willmore explained it beautifully in her review:

Cloud Atlas strives continually for transcendence and only sometimes grasps it, but the sincerity with which it pursues the emotion and the very idea of the reverberating impact selfless actions can have is quite moving. It's rare, these days, to see a movie declare its aims for greatness so openly and without a leaden sense of self-importance. And though the film doesn't achieve all of its goals, it does offer an indelibly powerful vision of a throughline from the past to today and on through the end of things, that expresses faith in the ability of people to overcome animalism. It's spiritual but entirely humanistic, and salvation, when it comes, arrives from within or from other people — an outrageous, silly and beautiful ode to the better nature of mankind.

You won't see anyone writing that about What to Expect When You're Expecting.

Tags: Cloud Atlas, jennifer lopez, time magazine, what to expect when you're expecting