Wreck-It Ralph has broken the gaming movie curse. Its $49-million opening weekend marked the biggest debut for a Walt Disney Animation Studios picture, and as Movieline's Brian Brooks' reported, a $200-million gross is not out of the question. Not surprisingly, people are already asking director, Rich Moore, about a sequel; and to that, I can say, I'd buy a ticket to that. 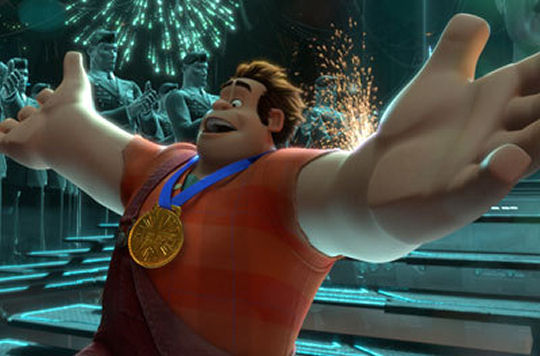 As I predicted in September, most of the video-game references used in the movie were featured in the trailer. There are some really good ones that weren't, however, and the movie’s intro scene alone fast forwards through three decades of arcade gaming history. Here are the six best savvy references in the movie:

Graffiti is the perfect place for insider references, and Wreck-It Ralph had better graffiti than New York.

“Aerith Lives” alone is worth the price of admission. For those who don’t recognize the name,  Aerith, or Aeris as she was also known, was the last of the ancient race of Cetra.  She died at the hands of the villain Sephiroth in Final Fantasy VII, and her dramatic end remains the most powerful gaming memory many players have ever felt. (Including those who received electric shocks wiring up their consoles.) 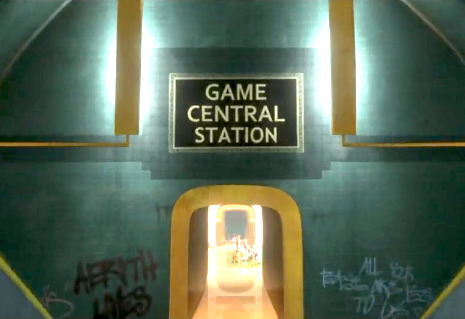 There’s also a scrawled "Jenkins" tag that refers to the viral (and sadly fake) World of Warcraft player Leeroy Jenkins who missed his guild's strategy huddle and charged blindly into battle, leading to the massacre of his entire team.

And “Sheng Long Was Here” is something very special for Street Fighter enthusiasts: a reference to a 1992 April Fool's joke perpetrated by the publication Electronic Gaming Monthly.  The joke proved so popular that Long was eventually included as a playable character in the Street Fighter: The Movie game

Kano rips the heart from a fellow bad guy at the Bad Anon meeting, and it’s hilarious. I don't get to write that often. The Heart Rip is his special move from his native game, Mortal Kombat, and here it’s used to make a point about feeling good about yourself. The filmmakers smartly make Kano's victim a zombie, so the whole thing stays family friendly. It’s not like the undead guy needs it. 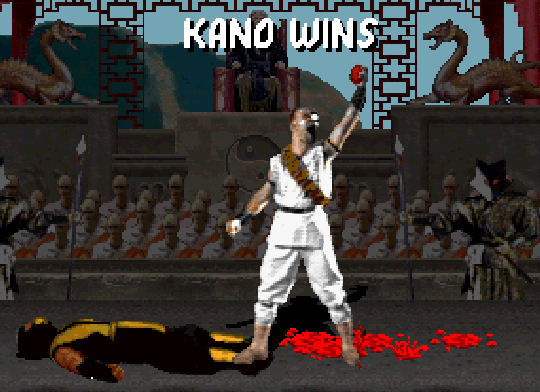 The authentic retro references were fun, but the movie's plot is also layered with knowing references to games. The Fix-It Felix, from which Ralph originates, is a perfect model of Donkey Kong. Hero’s Duty combines the ridiculous hyper-macho tone of Gears of Wars and other testosterone-fueled games. Sugar Rush was such a clone of Mario Kart it even had triple-red-homing-projectiles, and a guard-rail-free multicolored track which made all true gamers crying out, "RAINBOW ROAD!" (The most difficult and fun track in every version of Mario Kart. Some people say it’s not fun, but that's because they lose at it.)

Even the back story was based on real games. The villainous Turbo’s two-dimensional game represented Rally-X with a dash of Super Sprint, both seminal hits in arcade racing, while the new game which drove him to desperate measures was clearly inspired by Outrun, one of the most successful racing games of all time.

At one point, a character in Wreck-It Ralphgrabs a giant controller, hits UP, UP, and every gamer in the audience is already grinning. It’s the beginning of the most famous video game code of all time: UP, UP, DOWN, DOWN, LEFT, RIGHT, LEFT, RIGHT, B, A. This code became the most important set of button presses outside of a defibrillator control panel, and saved more virtual lives. It delivered all power-ups in the original Gradius, and 30 lives in the brutally hard Contra, and since then it’s been a joke and a reference in countless games and gaming media.

A pure perfect musical sting. Searching through a the lost and found box at Tapper’s bar, Ralph throws out a giant red exclamation mark, triggering the iconic sound effect from Metal Gear Solid. Watch the audience when this happens: the real gamers will jump and swear.

If there was ever a movie guaranteed to have an after-credits bonus, this was it. The credits alone are well worth extra sitting time: a tour through several famous video game worlds. The end is the best reference, with the credits crashing and glitching out with numbers and random sprites visible. This is the infamous “Kill Screen”. 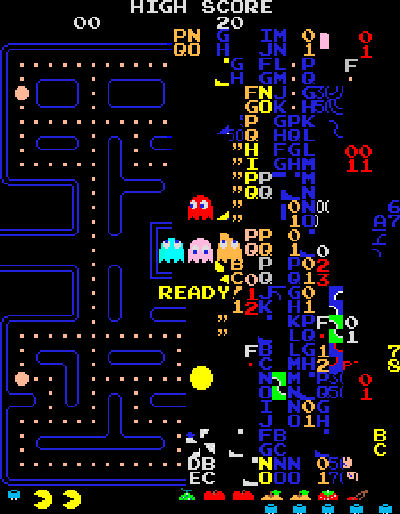 In early games, it was possible to play through the game so far that the game couldn’t keep up. In those days every byte of memory mattered — a whole arcade cabinet had less RAM than some modern watches. In Pac-Man, for example, if you reached level 256, the level counter &mdash the little bit of memory that remembers what level you’re on — would suddenly take two bytes instead of one. But that second byte was bitten out of another part of the game’s memory, overwriting vital software and causing the whole machine to crash.

Did we miss your favorite reference? Something we didn’t spot? Let us know in the comments!