Introspective masculinity, women on top, cross-dressing PSAs, gay undertones — the James Bond franchise has come a long way in 50 years, most notably during the current era built around Daniel Craig’s serious Blond Bond with the icy blue eyes. Behind the scenes, producers Barbara Broccoli and her half-brother Michael G. Wilson set the record straight on recent Idris Elba-as-Bond rumors and pointed to the post-9/11 shift that spurred them to take Bond from the slick reign of Pierce Brosnan to the morally-complex brand of progressive contemporary heroism embodied in this week’s Skyfall.

“I think once we made the decision to go with Casino Royale – we had the rights, and we decided to make the change after Die Another Day – it had a lot to do with 9/11 and the way the world was at that time,” Broccoli told Movieline recently in Los Angeles. “A post-9/11 world. It was a real opportunity to recalibrate.”

Craig’s Bond re-set the franchise on a grittier path starting with Casino Royale, which exposed 007’s only vulnerability — his heart — and its continuation Quantum of Solace, which healed his emotional wounds with violent redemption. Skyfall, however, finds Bond unencumbered by romance; feeling his loneliness and approaching obsolescence. His new enemy is mortality itself — and Silva, the off-kilter, tech-savvy nemesis bent on revenge against former boss M (Judi Dench) played with calculated control by Javier Bardem.

“They are mirror images of one another,” explained Wilson, who has produced every Bond film since 1979’s Moonraker. “They come from the same background, and in a way M has sacrificed them at one point or another for what she considered to be a greater good. But one becomes obsessed by this and it drives him. The other one goes through a funk but gets over it and comes back to defend her and the country. It’s an interesting thing about how people cope with the negative things that happen in their lives.”

PHOTO GALLERY: 007 MINGLES WITH ROYALTY AT THE SKYFALL PREMIERE 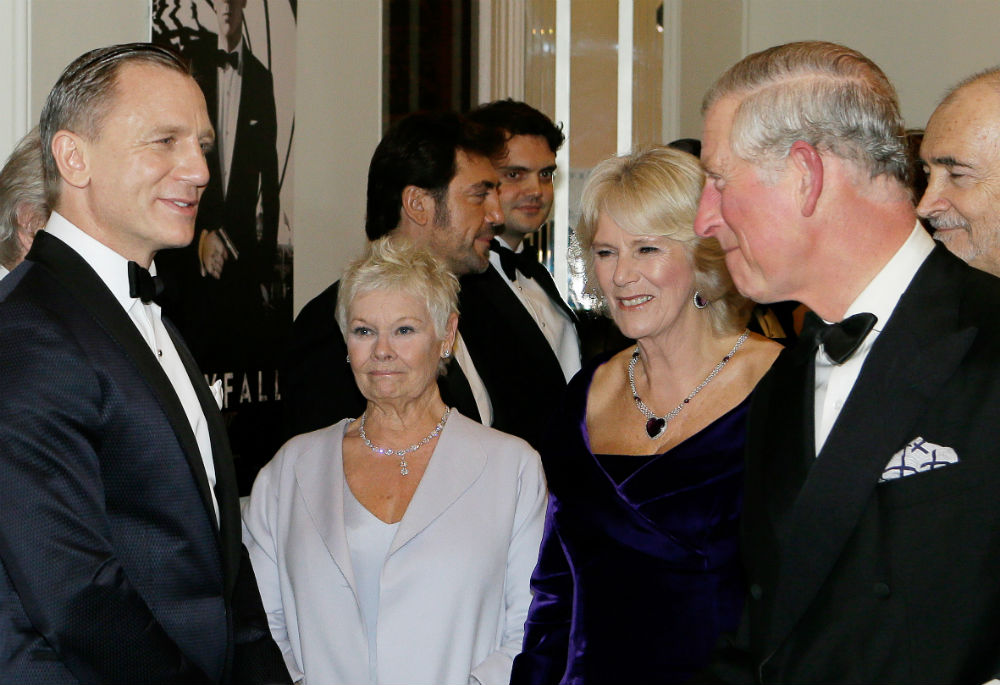 In a franchise known as much for its suave but patriotic spy hero as its insanely evil and flamboyant villains, Skyfall dares to contradict both tropes. Bond, for the first time, questions whether queen and country value his service, his sacrifices, and his very life, while Silva, it’s revealed, actually has a pretty good reason to seek vengeance. Skyfall asks a question relevant to today’s global military interests: Who is to blame when the few are sacrificed for the good of the many?

“We wanted to create a complex story, and the whole point is that things aren’t black and white anymore,” said Broccoli. “As M says, they have to operate in the shadows. You don’t know who the enemies are. You have to fight on a very different playing field than when there was a more specific world order. Ultimately it comes down to individuals and the spirit of self-sacrifice for the greater good, and that’s what Bond is about. It's about heroism.”

That heroism isn’t exclusively reserved for James Bond, either. Broccoli and Wilson see the role of women in Skyfall as part of a larger legacy of 007 heroines in various forms — mostly shapely ones, embodied in five decades of Bond girls — that stems from writer Ian Fleming’s own wartime experiences.

“You have to understand that in his experience during the war, women were very active and part of the resistance, part of the war effort,” said Broccoli. “So he saw women as being very heroic and courageous. And I think when you look at the early films, that’s very evident in the characters — they’re all very strong characters. Some of them have had some hardship, but they all go about their missions with a real determination. Many times they sacrifice themselves for Bond, and I think that’s something that definitely came out of his experience in the war.” 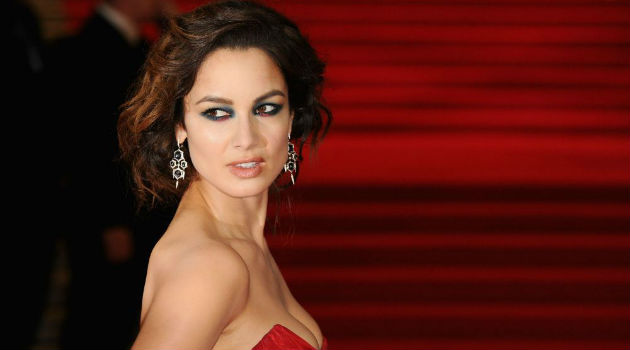 Bond's women, of course, weren't always written with strengths to complement their overt sexualization. “I think that there was a period in time in the films when the women became more window-dressing,” she admitted. “But certainly in the last five or six films there’s been a real effort to make them as complex and interesting and heroic, or as bad and evil as the villain. And casting Judi Dench as M, making her the authority figure, has given that relationship between Bond and M a lot more complexity. But I think the films have evolved the same way society has evolved. I hope that they’ll continue to evolve.”

Could there conceivably be a female Bond one day? “Everything is possible,” teased Wilson.

That said, Bond is a man, and will probably stay that way. Broccoli, who produced the Equals campaign PSA, which featured Craig as 007 dressed in drag, cautioned against getting too carried away with the possibilities. “It isn’t about interchanging men and women, it’s about giving people an equal kind of opportunity,” she said. “So there’s certainly the possibility of having a female heroic figure that is like Bond, but just to interchange them — I don’t know what the point would be.”

As for the notorious Skyfall scene in which Bond and Silva share a flirtatious exchange, Wilson and Broccoli are amused by fan speculation about 007’s newly fluid sexuality. “I think they’re trying to psych each other out,” Wilson said of the scene.

A game of chicken, so to speak, I asked?

So maybe the producers aren’t quite ready for an openly bisexual Bond, or a lady Bond. They’re also not jumping to replace Craig in that bespoke Tom Ford suit either, despite a report that Idris Elba was being courted to become the first black 007. Broccoli set the record straight. “I love Idris and I met him on something else,” she explained. “We are very happy with Daniel Craig [laughs] and I always say I can only be in love with one person at a time.”

“Daniel Craig is James Bond," she continued. "It’s not even… we can’t even think about it. It’s like going down the aisle to get married and looking for your next husband. It doesn’t work that way. But [Elba] is a phenomenal actor.

With Craig signed on for at least two more Bond films, we likely won’t see a new Bond come into the picture for a few more years. But could the future of Bond ostensibly be color-blind?

Read more on Skyfall and celebrate Bond's 50th Anniversary with all things 007.