Alluring. International. Deadly. The so-called Bond Girls are, let's face it, the fetish objects the producers hope will keep us coming back to the 007 pictures. (After the watches — the sweet, sweet watches.) 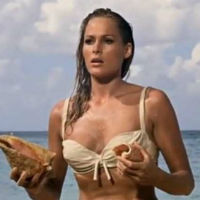 Ursula Andress, the ur-Bond Girl (and not just because it is a pun), became an instant screen icon when she emerged from the Caribbean in her white bikini holding... something, I dunno, I never focused on her hands. But did this Swiss ingenue show any gratitude to the official EON James Bond productions? No! Just a few years after her debut as Honey Ryder in Dr. No she turned around and appeared in a legal loophole “unofficial” James Bond production, 1967's Casino Royale. 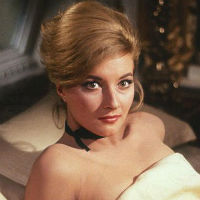 Andress wasn't the only one to make a mockery of her Bond Girl status. The woman who played Tatiana Romanova in From Russia With Love, Daniela Bianchi (who came from the Russian section of Italy, apparently), took part in the mockery known as OK Connery, also known as Operation Kid Brother. In it, Neil (brother of Sean) Connery plays a spy called-up as a replacement when his big brother isn't available. The movie has never been released on DVD. 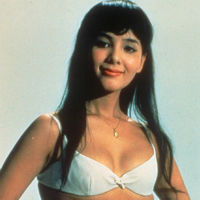 Mie Hama, who played Kissy Suzuki in You Only Live Twice, is notable for what she did before being a Bond Girl. Prior to Hama, most of the women were European models or aspiring actresses who managed to marry well. Hama was a bus conductor. I'm not even 100% sure what a bus conductor is, but I can totally picture her in her native Japan being constructive and forward in modern society. And probably wearing a sharp outfit.