Damnation Is Salvation! Finally, A Great Resident Evil Movie That Is Faithful To The Video Games

We finally have a real Resident Evil movie! It only took seven tries! (That might not sound good, but by video game movie standards it’s sensational.) The five live-action Milla Jovovich movies were fantastic, but about the only thing they shared with the games was a title. The directors of those features focused on making great action movies for the mass market they knew didn't really care about the games. The CG-animated Resident Evil: Damnation is a great Resident Evil movie because it doesn’t care about the mass market; it’s so focused on the games and the gaming audience that it was released on the Xbox and PS3 dashboards a week before the DVD went on sale. 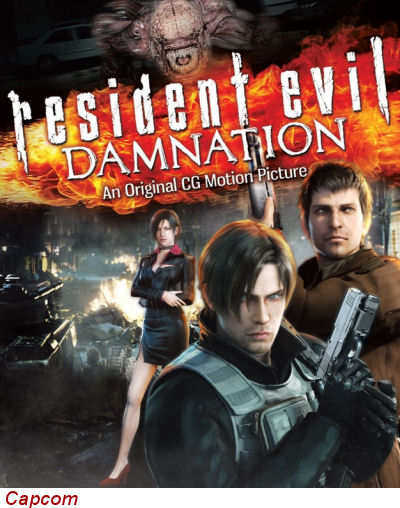 This is Capcom’s second attempt at computer-generating a proper canon film. The first, Degeneration, was one of the worst movies ever made.  Degeneration was true to its subject in the way that a hastily written homework essay is true to its subject: all the keywords are there but the author clearly didn’t care. The result is less exciting than a non-zombified corpse.

Damnation is a huge improvement over its predecessor and a lot more fun, too. The movie doesn’t just understand the Resident Evil games, it understands the core problem that comes with making a movie based on a video game: Take away our ability to control the characters and the characters have to give back much more in return. They have to be interesting on their own. 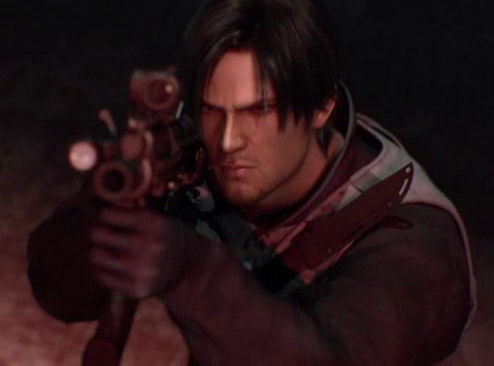 Damnation delivers everything Resident Evil game-franchise fans could want from a movie. The characters are much improved — not just graphically, but behaviorally.

Fan-favorite Leon Kennedy isn’t just back, he’s graduated with a degree in advanced ass-kicking and has been promoted to Chief Buttkicker. No more pining after Ada Wong, shouting impotently at locked doors or running around after little girls. His first actions in this movie are going rogue, making sarcastic remarks about a fellow agent careless enough to be mortally wounded (while said agent is still alive and can hear him), then kicking a Licker’s ass so hard it scampers for safety while he chases it down.

If you're wondering who Ada Wong is, you now know the only minor issue in the movie. It is absolutely built for fans and assumes the audience will be excited to see these people. That said, the characters are so well developed that even a total newbie to the world of Domestic Bad will get with the program in short order. Leon establishes that he’s an ass-kicker by immediately kicking ass, while triple-agent Ada breezes into a room and immediately manipulates the hell out of an entire country. She then kicks ass, too. Even when events from the games are referenced, it's never jarring, just brilliant for fans.

The key reason Damnation works as a movie is that it dumps these revered gaming characters into an entirely new situation. Instead of yet another generically evil corporation/facility/whatever, we join a civil war in the Eastern Slav Republic, which (despite a excessively long narrative intro) is the perfect setting for this new story. With opposing sides struggling for revenge, independence, and oil money, we finally have believable motivations for people to use the most awful weapons imaginable.  This new setting makes even the oldest tropes fresh; of course there’s another vast underground base, but this one has the single coolest elevator in movie history. And even when you arrive there you’re still trying to work out exactly who betrayed who.

That was where Degeneration failed so badly. The plot was cut-and-pasted from the games: a new secret underground viral base, a new letter for the virus name, and a new character looking for lost relative/friend who’s clearly, obviously, blatantly implicated in the outbreak. That wasn’t an addition to the RE story, it was a unreasonable facsimile, replete with a search-and-replace script. You could almost hear the scriptwriter sighing “done” as he stopped typing. 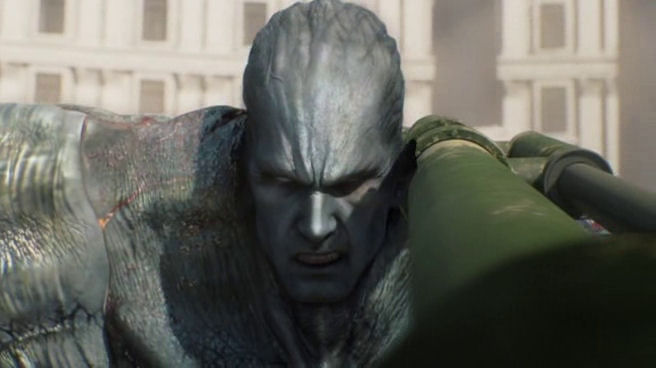 In Damnation, the characters might not be quite yet out of the uncanny valley, but they’ve climbed up the walls by punching their bare, badass fists into the rock with every step. It’s not realistic, but it’s not quite trying to be — think of it instead as a new kind of animation. The graphics are glorious, and though the producers are pretty blatant about showing off new special effects, at least they're badass about it. For example, Ada Wong shows off the new fluid physics with a cup of tea that she uses to attack the President of a sovereign nation and her armed bodyguard. That is what we call “adequate justification.” Even when the graphics engine shows off shafts of light cutting through rooms, it’s only because the rooms have also torn apart by tank shells and at least two mutant murder machines.

The filmmakers re-create the original Resident Evil 2“drips from the hallway ceiling” scene just because they can. For the first time you believe that Lickers could actually kill men with guns, not just men with guns struggling with analog sticks. Mr. X is elevated beyond Tyrant to Terminator levels of brutality, with cinematic fights much more interesting than the boss battles found in the games. When Leon starts punching a monster in the face with a tank, you're excited enough to start screaming in italics. This is the movie fans have been waiting for. It’s also a movie non-fans have been waiting for, because they’ll enjoy it too.