A View To A Killing: Why James Bond Video Games (GoldenEye Excluded) Are Such A Craptastic Lot

The Game’s Bond. James Bond. Which means that you will be Bored. Majorly Bored.  Agent 007 should be perfect video game character. “Kicking ass with the latest fun gadgets” is his actual job description. So it’s a shame that almost every Bond game sucks. Not even Blofeld got to betray Bond this many times and come back to do it again. 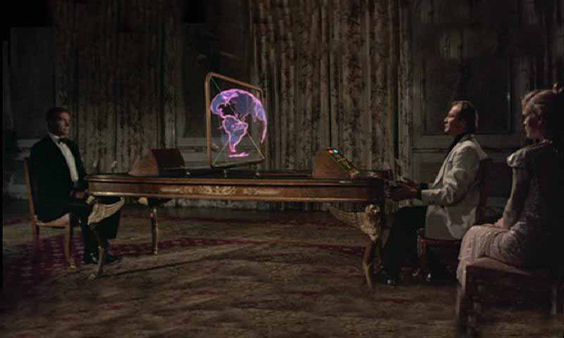 The funny thing is that Bond has even played video games himself. In Never Say Never Again, he plays Domination against villainous SPECTRE agent Maximillian Largo. Each round costs thousands of dollars and issues powerful electric shocks, making it a great analogy for the Bond video games that civillians get to play: expensive and painful.

Domination is not nearly as much fun to play as it sounds. It has holographic 3D graphics and is based on satellite laser weapons and nuclear warheads, but Largo explains that it’s just a simple target game: shoot the things when they light up. That’s less gameplay than Minesweeper. It’s also badly designed, because it’s a crosshair shooting game controlled by a joystick. Which, if you’ve played twitch-shooters, is like trying to control a scalpel while riding a unicycle. And it’s still better than most real world Bond games. Why are they so bad? Because Bond might be perfect for great games, but he’s also so incredibly famous that he can sell shit ones. The Bond license has been shoved onto everything from text adventures to a side-scrolling “bouncing car getting blown up by spaceships and scuba divers” simulator.

Rare Ltd finally realized Bond’s potential in 1997 when Eon Productions smartly licensed GoldenEye to a studio that actually knew how to make good games. The resulting product wasn’t merely good — it was one of the most important console shooters of all time, because it proved that console shooters could actually be good, which they weren't until GoldenEye. 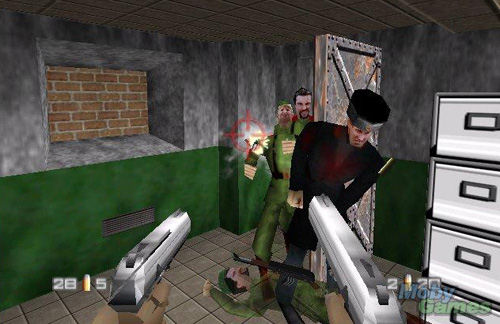 One of the most successful N64 games ever made, GoldenEye combined accurate shooting with an unbelievably faithful rendition of the movie. (The split-screen multiplayer mode remains one of the fondest gaming memories for an entire generation

Rare understood that simply printing “007” on the cover of a regular action game wasn't enough. Being Bond meant being smarter, sharper and simply better than everything else with guns.  And it succeeded"

The game was stuffed with love for the franchise. Not only was it an incredible recreation of the titular movie, but bonus levels brought in Moonraker lasers, Jaws, the Golden Gun and Baron Samedi. It was originally meant to be the best multiplayer ever made, with a mode where four players could each be a different Bond — Moore, Connery, Dalton, and Brosnan. But, as further proof that the lawyers of the world are sucking the fun out of life, this mode was removed from the final game.