If time travel is ever to be invented, wouldn’t we already have had evidence of it? The question is enough to give grammarians seizures, let alone filmmakers. As Jeff Daniels’s world-weary time-traveling crime lord says in Rian Johnson's Looper, “this time travel shit fries your brain like an egg.” And the film, out this Friday, is far from the most brain-frying cinematic treatment of time travel. 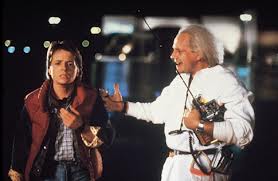 To help make sense of a genre riddled with paradoxes, I contacted Tim Maudlin, philosophy professor at NYU, who has written extensively on time travel, and quickly rattled off my preconceptions on the matter.* According to Maudlin, there are two types of time-travel narratives in fiction. The most common, which he calls “inconsistent time-travel stories,” are about a traveler who goes back in time and changes the course of events, à la Marty McFly. To Maudlin, movies of this type—Looper included—“literally make no sense.” If the character goes back in time, then there would never have been a past without him.

In “consistent” time-travel stories, however, the time traveler was always a part of the events he affected (e.g. Twelve Monkeys, or Robert Heinlein’s classic mindfuck of a short story, —All You Zombies—, in which the main character is both his own mother and father). These are Moebius strip narratives. There is no first time around or second time around. There is just one past that contains the traveler. Stories of this type, Maudlin says, “are more like clever crossword puzzles, where all the various threads fit together in a satisfactory way. They appeal to the logician rather than the sentimentalist.”

With that distinction in mind, we can determine just how logical Looper and the other nine best time-travel movies are. (Another paradox: the more logical the treatment of time travel, the more it makes your brain hurt.)

Plot: Joe, a young gun-for-hire, must kill his future self or be killed, but Bruce Willis, naturally, has another outcome in mind.

Consistent? No. We see a whole timeline in which Young Joe kills Old Joe, then lives out the rest of his life before coming up with a plan to stop Young Joe from killing the now Old Joe. If he succeeds, he would never have been able to live the life he lived theretofore. And the ending raises an even bigger paradox.

Plot: Marty McFly, a kid with a mad-scientist friend and a loser dad, travels from 1985 to 1955 in a souped-up DeLorean, fools around with his hot teenage mom, inspires his dad to grow a pair and knock Biff the bully out, then returns to 1985.

Consistent? No. If Marty goes back in time, then there would never have been a version of the past without him. The other thing is, for Marty to still be born after his disruption of his parents’ courtship, his mom and pop need to time the moment of fertilization to the microsecond. But that’s more a question of probability (and staying power) than logic.

Plot: Marty travels to the future, buys a sports almanac, which falls in the hands of elder Biff, who travels to 1955, and gives it to his younger self, thus helping Biff become a sports-gambling gazillionaire, and transforming Hill Valley into a seedy dystopia. Marty goes back to 1955 to destroy the almanac, without interfering with his previous time-traveling exploits from the first movie.

Consistent? No. In the words of Doc Brown, writers Robert Zemeckis and Bob Gale weren’t “thinking fourth dimensionally.” Narratively, it’s fantastic. Logically, it’s all over the place, where multiple timelines coexist and alternate.

Plot: After reading that Doc, who traveled to 1885, died in a duel against Biff’s gunslinging ancestor, Marty finds the DeLorean Doc had hidden away and goes back to save him.

Consistent: Of course not. As with the first two, the multiple timelines are irreconcilable paradoxes. Plus, as several obsessive geek sites have pointed out, when Marty finds the DeLorean and goes back to 1885 with it, there should by all logic be two DeLoreans in 1885. 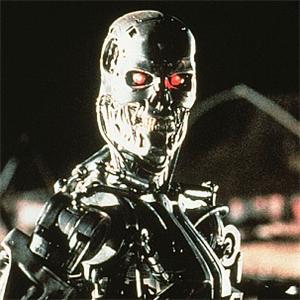 Plot: In a last-ditch effort to win the future war against mankind, Skynet’s intelligent machines send the Terminator back to 1984 to kill Sarah Connor and prevent her from giving birth to John Connor, who would grow up to lead the successful human-led Resistance. But the Resistance sends Kyle Reese back to protect Sarah. Overstepping his duties, he impregnates her, and she gives birth to… John Connor!

Consistent? Yes. It’s circular, chicken-or-egg logic, but it holds together.