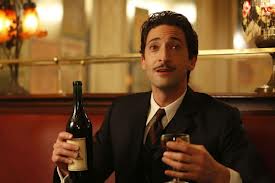 Plot: Through unexplained magic, a disenchanted screenwriter on holiday in Paris makes nightly trips to the 1920s, where he hangs out with Hemingway, Fitzgerald, Picasso, Stein, et al.

Consistent: Yes—38 years after Sleeper, Woody Allen proves once again that he’s an unlikely master of time travel logic. Since the screenwriter is merely a wide-eyed observer of the Lost Generation’s moveable feast, his interference with history is minimal. One nice touch: he reads about a beautiful flapper’s love for him in her time-yellowed diaries, which he finds at a rare-book stand by the Seine. Thus, his own past includes him.

Plot: In a distant future that worships the music and wisdom of Bill and Ted, a man is sent back to 1989 in a phone-booth time machine to make sure that Bill and Ted pass their history class. (Otherwise, Bill’s dad will send him to a military academy, putting an end to Bill and Ted’s musical dreams). The pair then use the time machine to gather great historical figures from Socrates to Abe Lincoln for a most excellent high school history presentation.

Consistent? Actually… Yes. Future people worship Bill and Ted because they passed their history class and perfected their music, which they could only do because future people intervened. Trippy, but no multiple timelines required. “As I recall,” says Maudlin, “Bill and Ted is consistent, or at least plays with the problems of consistency.”

Plot: Sent from a post-apocalyptic future to prevent the outbreak of a devastating virus, James Cole finds himself plagued by troubling dreams of a chase and a shooting at an airport. When he finally tracks down the man intent on releasing the virus, Cole is shot at an airport. A young James Cole sees this happen without realizing he’s witnessing his own death.

Consistent? Yes. The story, like La Jetée, the 1962 short film it’s based on, is an endless loop. There is only ever one timeline.

Plot: Two scientists accidentally create a time machine in their garage, then use it to go back in time and make a killing on the stock market, in a plan not too different from Biff’s in Back to the Future II. Problem is, they do it over and over again, leaving behind countless doubles of themselves and leaving audiences with throbbing migraines.

Consistent? I really have no idea. And this insane chart doesn’t help. 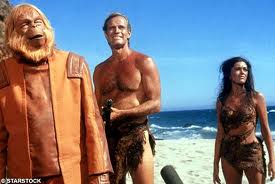 Plot: Three astronauts travel 2006 light years into space (during which time their bodies only age 18 months), and land on a planet ruled by intelligent apes, only to realize that that planet is Earth.

Consistent? Yes. I can’t vouch for the science, but there’s no pesky overlapping timelines here, since the crew was traveling into the future. Same with H.G. Wells’ The Time Machine.

* For instance, my belief that time travel will never be invented because if it will be, we would already have seen evidence of it. Maudlin's refutation: “There is one obvious possibility,” he says  “One could imagine a sort of time travel that not only needs a 'sending' machine in the future … but also a 'receiving' machine in the past — just as one needs both a transmitter and a receiver to send a radio message. If so, then there can't be any time travel until technology has advanced enough to build the first receiver.” Well, yeah, it’s obvious if you put it like that. Sheesh.

Julian Sancton is a writer based in Manhattan. He has contributed to Vanity Fair, Esquire and Playboy, among other publications.