Christopher Nolan As Metal Gear Solid Director? The Player Responds To Your Comments

My CODEC has been ringing off the hook since my Metal Gear Solid movie post on Monday. It seems that the Internet agrees with Hideo Kojima: they love huge walking nuclear battle tanks and extended discussions of everything around them. Given that many of those discussions took place in the comments section of my post and because talking about cool things with smart people is more than just a job to me, I've decided to respond to a couple of select points that were made. 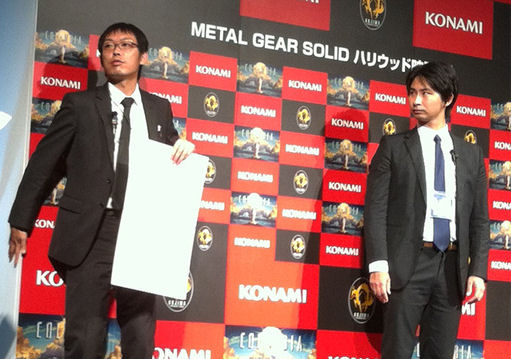 This is an important question for hardcore fans, and there's a definite answer — though not one that they'll like. Metal Gear Solid is technically the third game in the series, but it’s the true start of the franchise. The original Nintendo Entertainment System (NES) and MSX Metal Gear titles were, um, solid stealth action games, but Metal Gear Solid kicked the entire gaming industry in the ass. In 1998 almost everything was 3D and suddenly looked Stone Age beside

the detailed world and sophisticated story of Solid. It's one of the most important games of all time. It's also where most modern fans got into the series, and when it comes  to movie-making brand recognition beats backstory every time.

This doesn’t mean the original games were wasted. Metal Gear Solid might be the “middle” of the story but it didn’t strand new players. The earlier entries provided a detailed canon for the world and characters that helped give MGS a depth and heft that stunned so many gamers who were used to being told that, “Go there and shoot them!” amounted to an entire story.

Besides, if the movie is popular, prequels are bound to follow.

Yarrrrr makes such a good point I made sure to give him the right number of r’s, even though he celebrated Talk Like A Pirate Day 24 hours early. He’s right that I didn’t mention any of the staff who’ll actually make the movie. He’s also right that I really hope it will be good. Those facts are related, because nobody knows anything yet. All we know is that Kojima is involved, because duh, and Avi Arad will produce, because in Hollywood you need proof that there’s money before anyone will talk about the importance of creative vision. The article talked about why it was no longer absolutely guaranteed to fail. As soon as we have more information, you can be sure we’ll talk about that too.

3. It's Also All About The Director

A lot of that aforementioned hope will rise or fall on the choice of a director for MGS. He, or she, will define everything else about the movie. The Wachowski siblings might work, because they’ll have Kojima on hand to make sure their awe-inspiring effects actually have a proper ending this time. And say what you like about the plot of Speed Racer, but the sheer scale of that movie's stunning visuals tell me  they'd be a smart choice for helming Metal Gear Solid.

Bryan Singer brings internet credit to the table, because directing X-Men and the House pilot will do that for you.

But there’s one person whose opinion should carry more weight than everyone else's in this debate. At the announcement of the movie, the god of MGS himself, Hideo Kojima said that he likes the idea of Dark Knight franchise maestro Christopher Nolan directing the movie adaptation. Take a moment to imagine that team-up. Take another to compose yourself, or perhaps lie down until your breathing returns to its usual couch-surfing rate.

Nolan would be perfect. Unlike The Dark Knight Rises, in which a technological breakthrough — the fusion power device that comes out of nowhere to explain what Batman was doing for the last several years and is then hijacked by Bane — ends up feeling like a tacked-on cop-out, dangerous new technologies are Metal Gear's entire plot! Like TDKR, MGS also involves an aging hero coming out of retirement. And after Nolan's spectacular turns with the Joker and Bane, letting him have some fun with the game's elite black ops corps known as Foxhound would be the greatest directorial decision in the history of ass-kicking.